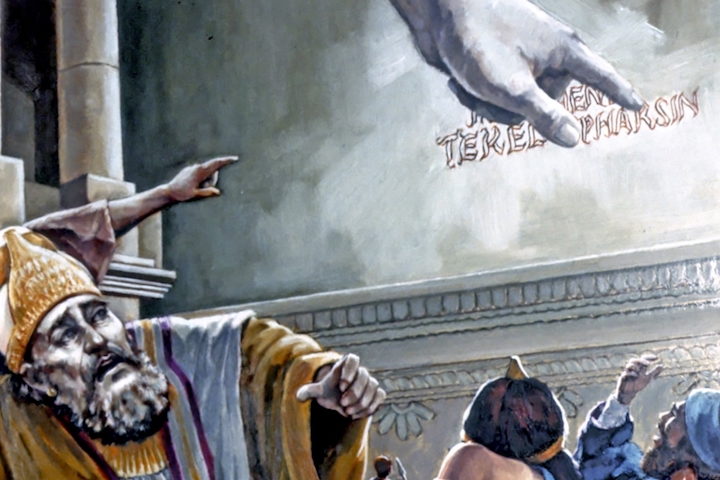 When the history books are written, August 21, 2018, is going to go down as the day that was the beginning of the end of Donald Trump’s presidency.

Manafort was found guilty on 8 counts.

But the most important two counts of his plea are counts #7 and #8 in which Cohen directly implicates the President in two felony counts of campaign finance violations engaged in with the goal of hushing up women and winning the election.  Cohen swore under oath today that Trump directed him, Cohen, to commit these crimes.  Count 7 relates to the pay-off made to Karen Mc Dougal in which the CEO of the media company, David Pecker of AMI, worked with candidate Trump to pay hush money in the amount of $150,000.  Count #8 was the payment of $130,000 coordinated by Trump, using Cohen as his fixer, to Stormy Daniels which Cohen paid at the direction of Trump.  The Cohen plea also implicates other members as yet unnamed who were part of the campaign.  The plea also implicates the Trump Organization.

The president has now been directly implicated in two felony crimes.  It is true Trump himself is not named in the charging documents or specifically mentioned in the plea in open court.  The reason he is not named is that there is a Department of Justice rule that prohibits revealing the name of a person not yet charged.  But it is absolutely clear that the “candidate” identified in the Cohen plea is none other than Trump himself.  Trump is an unindicted co-conspirator.

The Cohen matter arises out of the Southern District of New York.  As this case develops, it now becomes much more likely that Michael Avenatti WILL get to depose this president, just as he predicted.  And if we use logic and make another obvious prediction, the question that will need to be addressed eventually will be whether this sitting president will be indicted by the SDNY US Attorney’s Office.  It is not settled law that a president cannot be indicted while in office, even if Mueller has assured Rudy Guiliani that he, Mueller, will not indict Trump while he is a sitting president.  All bets are off once he leaves office, of course.  (Although, if Pence takes over the presidency he will surely pardon Trump for his federal crimes.  A fun thought experiment is what happens if we have a blue wave and Pence and Trump are both impeached.  How about President Nancy Pelosi?)

The SDNY Cohen case is separate and distinct from the Mueller investigation which will make it hard for Trump to assault as part of the “deep state” and a “witch hunt” brought by Mueller’s so-called “angry Democrats”.  When Rod Rosenstein sent this part of the Mueller investigation over to the southern district of NY, he made a very wise decision.  Right now, it is hard to see how Trump could wriggle out of this one or damage this case enough to avoid the avalanche of evidence that is coming for him and that will implicate him.  There are thousands of pieces of evidence including audio tapes, texts, phone messages, e-mails, and witnesses that the government alluded to in open court.

On Rachel Maddow’s Show this evening there was significant breaking news made when Lanny Davis appeared and spoke on behalf of his client, Michael Cohen.  In the interview with Rachel, Davis essentially made an “on air” proffer (offer of evidence that his client could attest to) saying that Michael Cohen wants to tell the truth about Donald Trump and feels “relieved and liberated” to be able to tell the truth about everything he knows including the conspiracy to collude and obstruct and what Trump knew about the illegal hacking and how he not only “cheered it on”  but may have had knowledge of the hacking before the Trump Tower meeting.  This is huge.  This is, I believe, just the tip of the iceberg of the torrent of truth that is going to come at this president in the next few months.

It is interesting that Cohen’s plea happened without an agreement to cooperate yet, although it seems clear that both sides are eager to make that happen.  My thinking is that the prosecutors wanted to hurry to get the plea done right away before we get closer to the midterm elections which could violate the DOJ rule not to have any indictments or information come out that could affect the outcome of an election too close to the actual election.  Remember Comey violated that rule when he spoke out about re-opening the Clinton e-mail investigation.  Since it takes a very long time to work out a cooperation agreement, (the prosecutors will need to review every piece of evidence with Cohen and debrief him about what he knows)  it makes sense that the plea came first in the Cohen situation and that the cooperation agreement will come next.  Mueller will now start meeting with Cohen and review every document and shred of evidence to learn the truth about what went on before, during and after the election.

In the Manafort case, the jury verdict came almost simultaneously as Cohen was pleading guilty in New York.  The Virginia trial where Judge Ellis had given the prosecutors such a hard time and allowed the jury to roam around in a courthouse filled with reporters, and where the jury asked for clarification of “beyond a reasonable doubt”, THAT jury came back with a hefty verdict: guilty on 8 counts.  Prosecutors must be delighted because given the way Judge Ellis behaved during this trial, so helpful in every way to the defense, this case will not be overturned on appeal.  I believe that the 8 counts that the jury found Manafort guilty of were the ones that did not involve Rick Gates as a co-conspirator of Manafort.  It may be that this jury did not trust Gates’ testimony.  Although the government can retry the counts that the jury could not determine (a mistrial was declared on those counts by the judge), I doubt the government will go to the expense of retrying those charges. They got what they needed in those 8 counts.  Nonetheless, there is now far more intense pressure on Manafort to work with the government to try to salvage what is left of his life.  If Manafort is going to cooperate with the government, now is the time to do it.

The question many people are asking is whether the president will use his pardon power.  And if he does, what will happen as a result?

The presidential power to pardon is a power that is not totally unfettered.  Trump could pardon Cohen, for example, but only for crimes that are federal crimes not state crimes.  And once pardoned, Cohen would not be off the hook in terms of having to testify.  Cohen would lose his 5th Amendment privilege against self-incrimination if he were called to testify.  He would have to testify truthfully or be subject to new charges of lying under oath.  It seems unlikely that Trump will pardon Cohen.  He tweeted this morning (8/22) that if you are looking for a lawyer you should avoid hiring Cohen.  Sounds like Cohen just got thrown under the bus and run over a few times.

Trump could pardon Manafort.  Manafort faces another trial, however.  This next trial is even more rock solid than the one in Virginia and has even more supportive documents and a more supportive judge.  This second trial would be in Washington, DC, where a jury is expected to be tougher on Manafort than a jury in Virginia would be.  (Virginia has more pro-Trump voters in the jury pool than Washington, DC has.)

If Trump uses his pardon power, he also faces a growing risk.   Trump has now been implicated as an unindicted co-conspirator in at least two of the felony counts Cohen pleaded guilty to.  If he pardons Cohen, he would face allegations that he granted the pardon to protect himself.  That would be evidence of “corrupt intent”.  I think that set of facts could result in a challenge to the validity of the pardon he bestowed on his co-conspirator.  Legal scholars will have to weigh in on that one.  And I bet that fact pattern will be on the bar exam next year!

How are Republicans reacting?  So far they are saying, “This has nothing to do with Russia.”  But that is for public consumption.  I would wager that some of them are seeing the handwriting on the wall today “mene mene tekel upharsin” which translates: there is evidence of pending disaster.

Unless you have been asleep or watching Fox News for the past two years, you should know by now that Cohen and Manafort, if he cooperates, are going to thrust Trump into the vortex of Russiagate.  Cohen was sent by Trump all over the world as his fixer, doing Trump’s dirty work at Trump’s direction.  Cohen specifically went to Russia to try to develop Trump Tower Moscow.  It is well known in New York that Cohen has been very cozy with Russian mobsters.  Manafort is linked to Putin through Oleg Deripaska and other oligarchs in the Ukraine.  Manafort was present at the Trump Tower meeting.  If Manafort flips, he will talk about Trump’s connections with the Russians.  Manafort knows a lot about the Russians and Trump’s involvement with them.

So this was a very bad, no good day for Donald Trump.  But it was a good day for anyone who cares about this country.  It would be an even better day for our country if the entire Republican Party went down in flames at the end of this very bad no good presidency for America.