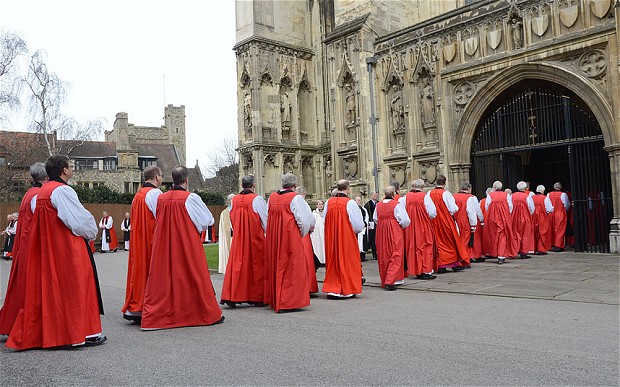 The Catholic Church has, for years, kept a dark secret- that pedophile priests are abusing hundreds of children.  It is horrifying to learn that 300 pedophile priests abused over a thousand children in the state of Pennsylvania alone.  The Church has been covering up these crimes of abuse for decades.

Children’s lives have been forever damaged by the priests they trusted who abused them.  What is worse is that the Church has protected these criminal actors by keeping everything secret, by lying about the violations and by failing to listen to the victims of abuse.  That enabling amounts to an additional crime against every child victim and is part of the cover up.  Shame on them.

In the 1970’s I worked in Philadelphia as an Assistant District Attorney in the juvenile court division in “B” Court, a courtroom where all of the cases that were heard involved children who were victims of crimes done to them by adults. Many of the cases involved young children, mostly young girls, as young as 7 or 8, who had been raped or sexually abused by adults, often the mother’s boyfriend, an uncle, or their step-father.  Although I never had a case involving a priest as a defendant, there were many instances of rape by adults who were trusted people in the lives of these little girls.  These perpetrators were usually not strangers.  They often lived in the same house as the child.  The abuser typically warned their victims to keep everything secret and never tell anyone the truth about what had happened to them.  As the prosecutor trying to get a child witness to tell her story in court, it was often very difficult to help her to speak up after being threatened.  The child was essentially being asked by the court to be a whistleblower.  That is not easy for anyone.

As a prosecutor, I also knew we needed to get the pedophile out of the house where the child lived, or that child would likely be victimized again and again.  A lot hung in the balance even at the preliminary hearing stage.  Our team of prosecutors, police and social workers worked together to insure the safety of the child who would be returning home after the hearing.  We had to get a restraining order on the pedophile.

Right now, in our country, the majority of Americans who believe in democracy, believe in ethical norms like integrity, truth and honesty, believe in the First Amendment right to free speech and free press, believe in the acceptance of others who want to love people of the same sex, or are immigrants, believe in protecting our environment- we Americans are being violated by this president and his team of enablers every single day.

I do not think I am overstating the case.  A new Monmouth poll asked whether our country is on the right track, 57% of Americans say “No, ”.  35% say “Yes”.  This is particularly telling because the economy is doing so well.  That 35% represents Trump’s hard-core base.  But the majority is not happy with this administration.  We are upset.

Trump came into office and never made the expected pivot from throwing red meat to his base to representing all Americans.  He is the representative president for only about 1/3 of the country.  Even though many in his base complain about his tweeting and the constant churn of gossip, drama and lying, and now stonewalling as his lawyer-fixer Michael Cohen implicates Trump in hush money payments that are criminal offenses.  They will tell you the economy is good for them, or they may be secret white supremacists at heart or Evangelicals who want to install judges that will take our country back in time.  They plan to stand by their man.  They will cling to him even though he is the Joker of Gotham City.

For the majority of us, living in a country that does not represent our beliefs or values, this administration feels like we are being assaulted again and again, violated again and again by someone we are supposed to trust, our president, and the Republican leaders in Washington, who are abusing our trust instead.

Every day we wake up and check our cell phones to see what ethic, norm or law Trump and his enablers have violated now.  What the heck has he done to make our environment less safe, to make our elections less protected from cyber-attack, to beat up on the press, to knock down our protectors, the FBI and DOJ and former intel officers, to damage our health care, to give money to the 1% and make the fat cats fatter?  And what are his equally criminal enablers doing to cover it up and rewrite reality?

A few days ago I saw on my news feed that the Trump administration is rewriting rules for emission standards which will lead to some 1400 premature deaths every year.  The EPA is supposed to protect our environment and our safety.  Today Trump asserted that the Attorney General should be his fixer and keep him from facing any legal consequences for his misdeeds.  He went on Fox and Friends and did not tell the American people he is not guilty of committing the crimes Cohen accused him of in his plea of guilty under oath.  Instead Trump threatened us by saying if he is impeached the stock market will crash.  I am no longer shocked by these violations of trust and abuses of power.  But I am still plenty angry about them.  Are you?

Just as with the Catholic Church, Trump and his enablers are doing everything they can to keep the truth from leaking out or seeping out of the White House. Trump tweets incessantly, frantically, that there is nothing to hide, “no collusion”.  If there was nothing to hide, why would he be acting so rattled?

There are people trying to tell us the truth.  Whistleblowers.  Michael Wolff was one.  Omarosa is one.  Michael Avenatti is one. Michael Cohen, Trump’s fixer-lawyer is another. Don McGahn might be another. David Pecker of American Media has kept a safe full of the catch and kill stories that could have hurt Trump.  He has been given immunity and will be talking extensively with prosecutors about what was in that safe and then some.  He is what you might call a reluctant whistleblower.

Don Mc Gahn is our country’s White House counsel.  As such he is supposed to represent the interests of the office and of the American people.  Don McGahn has been spending a lot of time talking with Robert Mueller.  Thirty hours to be exact. They weren’t just talking about the weather.

Michael Cohen is another well positioned person who was in the room when Trump did whatever he did and said whatever he said especially during the campaign.  Even though Cohen has lied in the past, if his testimony is bolstered by corroborating evidence, he is another person who will get us the truth.

Meanwhile, we have a corrupt White House and a corrupt Republican Party protecting a president who lies and breaks the law with impunity.  Like the Catholic Church and its decades long pedophile priest child abuse scandal, this administration is abusing its power, violating our country’s norms and values and engaging in massive gaslighting by lying to us.  Like the victims of child abuse, we are upset and we are trying to get it to stop, but those adults who are listening to us (Democrats) do not have the power to subpoena or put a check on the president. Republicans are supporting these abuses instead of acting as our national protectors.  As long as Republicans are in power in Washington, this will not change.  Shame on them.

We need a restraining order on the pedophile-in-chief and his Republican protectors.  He is living in our White House, and Republicans have all the power in Washington.  They are abusing their power.  We need to get Trump and his whole cabal out as soon as possible.