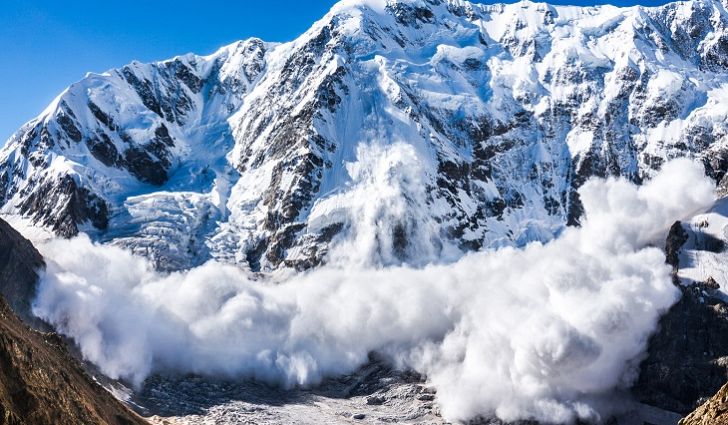 Many of Trump’s Voters Will Choose Law and Order

Paula Duncan is a loyal Trump supporter.  She was also one of the jurors in the Manafort trial.  She listened to the evidence and realized that the facts and the evidence pointed to one conclusion:  Manafort was guilty on all counts.  Every other juror except one hold-out came to the same conclusion.  The one hold-out was stubbornly not convinced despite evidence beyond a reasonable doubt. The other eleven members of the jury saw the evidence for what it was.  They followed the facts and got to the truth.

Manafort was found guilty of 8 of the 18 counts. The foreman of the jury did something unusual.  He wrote a note in the margin of the verdict forms on those ten counts that were not unanimous, showing the vote was 11 to 1.  That signaled to the judge and the prosecutors how close they came to “guilty beyond a reasonable doubt on all 18 counts”.

Paula Duncan was an avid Trump supporter and continues to be a Trump supporter.  She and her husband share a MAGA hat and she proudly wore it after the trial was over.  She also spoke about her support for Trump all over Fox News and CNN.

Nonetheless, Paula Duncan listened to the evidence and took her duty as a juror seriously.  The evidence was what she based her vote on in the jury room, not the rantings of Rudy Guiliani or Trump himself.  “Justice was done,” she said.

I believe that like Paula Duncan, a large cohort of Trump’s hard core, rock solid Trump voter base will respond by doing the right thing when the truth comes out.  But it will have to be truth beyond a reasonable doubt and the information will have to be in the public space.  They will not accept it if there is nuance or speculation.

How do we know that the base will do that once the truth comes out?

For the same reason they voted for Trump in the first place.

When Trump first came on the scene, many Americans were able to foretell what a Trump presidency would look like and recoiled from what they could see coming based on Trump’s behavior, character, thinking and viewpoints.  These were the Clinton and Sanders voters.  They were able to predict what Trump would be like as a president.  They could extrapolate from Trump the man they saw and heard, to Trump the president and leader.  What you see is what you will get.

But I believe that what the Trump voter saw was significantly different from what the Clinton voter saw in Trump, the man running for office.  What the Trump voter saw in Trump and still sees is an authoritarian leader and strong man, a successful business man who said he would be their protector and look out for them in this cruel, mean world.  That message was what they wanted to believe.  And that was the message Trump hammered home.

The Trump voter thinks differently from a non-Trump, Clinton/Sanders voter and that matters when it comes to the coming avalanche of facts and truth.

In studies done comparing Trump voters and Clinton voters based on the TV shows they watch, Trump voters prefer to watch shows that have clear good and bad people and law and order themes: NCIS, NCIS: New Orleans, Limitless, Rosewood.  Many of the shows they watch also reinforce the idea that the world is mean and tough.  They subscribe to what is termed the “mean world syndrome”.  Trump played on their fears to get elected- “the foreigner is going to attack you” played well and still does despite evidence to the contrary. The Trump voter is a law and order, black and white kind of thinker.

In contrast, the non-Trump voter prefers shows that have a more nuanced quirky view of people and their motivations as well as sarcastic humor:  The Good Wife, Madame Secretary, The Daily Show, The Colbert Report, 30 Rock, Modern Family, Game of Thrones, Saturday Night Live, Parks and Recreation.

The difference is in the ability to perceive nuance.  Trump voters think in black and white, right or wrong, good or bad.  People who are not Trump supporters think in more shaded, “gray” terms about human nature, motivation, and they “get” snarky humor.

So how does that foretell what will happen when the coming avalanche of truth descends on Donald Trump?

Paula Duncan is the canary in the coal mine.

When the public finally gets the truth (not the fantasy version we are getting from Guiliani and the Trump enablers), I think a significant number of Trump voters will do what Paula Duncan did and follow the facts to their conclusion. Trump voters will get being bad or wrong in an even more hard line, authoritarian, tough school way than Clinton voters do.  If hard evidence shows that Trump is a criminal, then he will be perceived as “bad” by a group of people who see the world in black and white.  And Trump is going to be revealed to be a criminal because the avalanche of truth is coming.

Allen Weisselberg has immunity from the Mueller team.  Weisselberg is the CFO of the Trump Organization and long-time accountant for Fred Trump and Donald Trump after that.  Weisselberg has immunity and is going to have to tell the truth to the prosecution team about what he knows about the Trump Organization and other dealings.  Even though the immunity may start as a limited one, it can be broadened as evidence opens new channels of investigation.  Early reporting from journalists like David Fahrenthold and many others have been reporting that Trump was broke and bankrupted after his gambling casinos went belly up.  Trump was unable to get American banks to work with him after that to fund his ventures.  That was when Trump was picked up by the Russian oligarchs as a perfect vehicle for their extensive money laundering needs.  There is a lot that Trump has tried to hide.  Just knowing that Trump would not show the American people his tax returns tells us there was much he knew he needed to hide.  But the truth is coming.

David Pecker of AMI, National Enquirer, had a safe full of stories that show Trump in a bad light that the enterprise “caught and killed” so that no one would hear them.  Pecker kept those stories locked away, literally, in a safe so the American public did not hear them before the election.  David Pecker also worked in tandem with Trump to publish conspiracy theories and fake news about Hillary Clinton.  Those headlines splashed on the cover of the paper were seen by everyone in America in the check-out line of their local grocery stores.  Clinton had a terrible illness, Clinton had gained a huge amount of weight, Clinton was involved in some horrible criminal activity and so was Bill.  Meanwhile, Trump was getting great coverage on the front pages of the National Inquirer.  Trump had all the answers.  Trump would save our country.  David Pecker now has immunity.  That means that he has to tell the truth to the federal investigators.  No more of this fake news.  The truth is coming out.

Because Pecker is working with the prosecution, it also means that the contracts he had with many people whose stories were caught and killed, are now free to tell their stories without fear of reprisal.  The first of many came out yesterday.  Trump’s doorman had a story to tell about Trump having an affair with his housekeeper and the housekeeper having a baby out of wedlock.  AMI had caught and killed that story.  Whether that story is true or not is not the point.  The point is that there is a crack in the snow base.  Trump’s protective shield against the truth is breaking down.

There is an avalanche of criminal evidence about Donald Trump that is coming our way.  It is true that some of Trump’s base will stubbornly hold onto the belief that Trump was being unfairly treated.  Just like the hold-out on the jury in Virginia.  Some Trump voters will never believe the truth when they see it.  The majority, however, will make the right choice.

When the Trump voter sees good evidence that Trump did in fact break the law in a way they can plainly understand, many, not all, but many will vote, as Paula Duncan did, for justice, just like what happens in the law and order TV shows they watch.