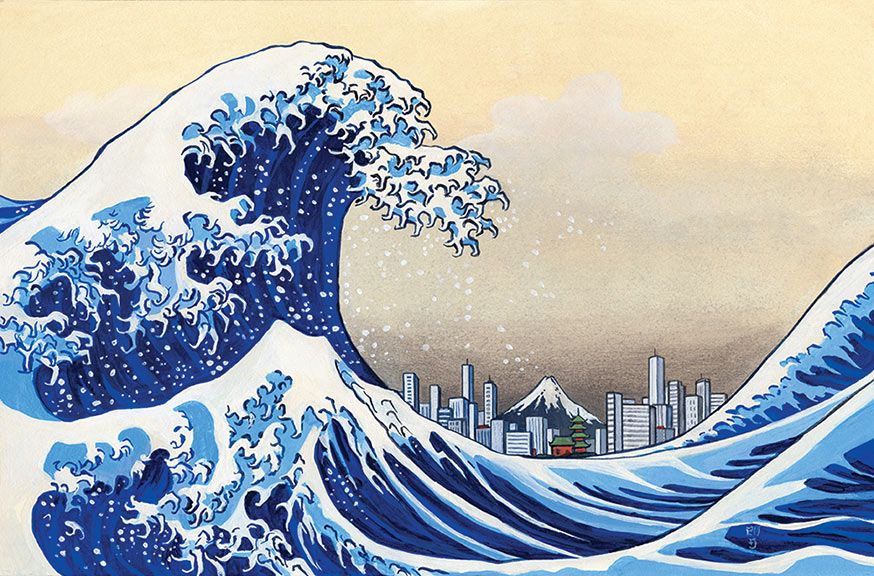 Some people are worried about whether the Dems are doing the right stuff to win in November.  Why don’t they have an overarching message?  Are they being pulled too far to the left?  Are the polls wrong as they were with Hillary?  Are the Democratic leaders trying to dictate too much as they did before?  I want to report that what I see going on with the Dems is very positive and is helping the blue wave to happen.  I think the Dems are doing it right this time.

The Republicans have their MAGA message.  They have their red hats and swag with Make America Great Again plastered on them.  Many Democrats are worried that our party does not have a compelling one size fits all sort of message to engage the electorate.  But I believe that the Dems are better off without a message like that right now.  We are approaching the midterms, not the presidential election.  The message needs to fit the district and many districts have unique and specific cultures and needs and each candidate has a unique background and qualifications.

The Opportunity is There:

This November Republicans have their backs against the wall.  They are not able to brag about the great economy because it is not great for most Americans, only rich Americans.   The most recent Cook Report analyzed the upcoming House races and predicts a 20 to 40 seat pick up for Dems.  There are 66 races in the “lean” or “toss up” category.  Republicans are going to have to defend 62 seats.  The Dems are defending only 4.  Also noteworthy are the types of places where Republicans are being challenged.  They include NE suburbs, Sun belt exurbs, Rust Best Trump zones, Little Rock, Spokane, and West Virginia coal country.  Republicans are, essentially, in a pitched battle for the House.

The most critical phase of the battle for the House isn’t October; it’s right now. Republicans’ only hope of defying a ‘Blue Wave’ and saving their 23-seat House majority is to personally disqualify Democratic nominees on a race-by-race basis with quality opposition research. But there’s a narrow window of time to do so before the airwaves get clogged, and Republicans will need to be selective.

The Way to Engage the Electorate:

The way for a Democratic candidate to win is to engage their specific electorate by talking with and listening to the people living in these districts, understanding their needs and speaking about how they plan to address those needs if they are hired to do the job of being that district’s representative lawmaker.  That is exactly what I see a new wave of Democratic candidates doing very effectively, across the country.

Trump’s shocking win and this corrupt Republican administration that is in bed with the Russians, the big donors, and the 1%, has ignited the grassroots.  There are exciting, thoughtful, feisty people running for office as Democrats across the country who want to push back against our growing oligarchy.  New blood.  New leaders.  They are coming.  Many of these candidates are first time candidates.  Many are women, former military, former Assistant US Attorneys, scientists, LGBTQ and minorities.  I have met and spoken with many of these new candidates and I wish you could meet them too.  They are impressive and articulate.  What they will bring to Washington is a perspective that is not only intentional and fresh but also diverse and ethical.

I think that once we get this new crop of Democrats in Washington most people in our country will have a greater sense of hope for America.  These candidates are poised to become our new leaders.  They have the right values and are not afraid to speak up and stand up for them.  Most are not accepting money from PACs.

The Dems Are Not Having an Internal War:

Another question on the minds of many people is whether the Democratic Party is being pulled too far to the left.  Pundits claim that the party is tearing itself apart.  They talk about Alexandria Oscasio-Cortez and the Bernie Sanders wing of the party exerting a death grip on the Democrats.  We hear newscasters say the left wing is going to drag the Democratic Party too far from the center into a morass of socialism which will cause the Dems to lose.  Or the Democratic Party is going to miss its opportunity to appeal to the Trump voter by failing to adopt a platform that has more of those Socialistic tenets.  I think the core Trump voter is not going to be open to anyone but Trump.  Teflon Don will not lose his base.  But there are many Independents who are not happy with Trump and will exercise common sense when they decide who to vote for.

Our country is still a center-right leaning country, not ready yet for ideological Socialism- at least until people understand what socialism really IS what they want! (Because it IS what they want but just like with Obamacare, the label is pejorative and has been sullied by Republicans so much that people think it is bad.) The way to introduce more of these so-called socialistic ideas into the American mainstream is to take one step at a time.

First, the Dems need to win the House back.  Then we can start to help people understand more about some of these so called “socialistic” ideas such as health care for all, free tuition to college and other measures that will re-open possibilities for Americans to get ahead in life and achieve the American Dream once again.  It is what Americans truly want.  They just don’t know it yet.  They have been thoroughly brainwashed by Fox and other right wing outlets.

How Tom Perez of the DNC is Encouraging the Blue Wave:

I was able to talk with Tom Perez at a fundraiser in Chicago this past week about whether the left is exerting excessive pressure on the party.  Tom Perez is leading the DNC at this crucial time.  I asked him what he thought about the left wing of the party dragging the party too far left, which could result in losses in November.  Was that actually happening in fact?  His response was reassuring, at least to me, and aligns with what I have heard from other Representatives I have spoken with.  The short answer is that in almost every community in the primaries, the electorate is choosing the more centrist Democratic candidate.  If the community chooses an Alexandria Ocasio-Cortez in the primary, it is because that candidate is right fit for that group of voters.  Survival of the fittest is going on and that means the “fittest for the district”.

That is happening in part because the Democratic Party is not putting its thumb on the scale the way it used to when the party bosses leaned heavily on the system to get their guy to win.  I am not saying the machine is dead, however.  It is alive and well in places like Chicago.  But I think the DNC has looked in the mirror, and Tom Perez is doing the right thing by keeping his thumb off the scale in district races and letting the primaries play out in the way that is best for that electorate.  In other words, there is less pressure being exerted by the good old boys on behalf of the good old boys.  And there is more reason NOT to have an overarching message because one size does not fit all.

Another piece of recent news that provides more evidence of this trend, was that the Dems were able to overhaul their super-delegate system that gave too much power to the old boy network when it came to anointing the presidential nominee.  Hillary Clinton seemed to be a foregone conclusion in 2016 because of the super-delegate system.  Whether or not that was true, it was what many thought was true.  No more.  This past week at the Democratic convention, the power of the old boy network was diluted and significantly diminished. In the future, super-delegates will only vote in case of a tie.

Our Country is at a Crossroads and Needs New Leaders:

As a country right now, many of us feel we are leaderless.  Trump is not a moral leader.  He is unethical and corrupt.  He is not someone we want our children to emulate.  The loss of McCain is adding to that sense of being leaderless.  Although you might not have agreed with everything McCain stood for, most people would agree that he stood for a sense of morality and cared for our country.  He was a leader who was worthy of our respect.  In contrast to Trump, McCain had a sense of ethics and valued our democracy.

Although we have lost McCain’s leadership we stand to gain the leadership of a new crop of Democrats who will stand up for morality and for our country, have ethics, and value our democracy.  This is the moment in time when our country’s future hangs in the balance.  If you can support these rising stars in any way- with small donations, with door-knocking, with phone calls for them or in some other way, please please do it.  September is the crucial month.  After September, most people will have made up their minds; the results will be set in stone in these House races.

Here is a short list of excellent candidates I have interviewed or met in person or otherwise have learned about and enthusiastically endorse.  We need them in Washington to put a check and balance on this president and this administration:

If any of these candidates are running in your district or your state and you can help them. I hope you will in any way you can.  Just Google them and find their campaigns and sign up to help!!

We Are Not Safe In Trump’s America