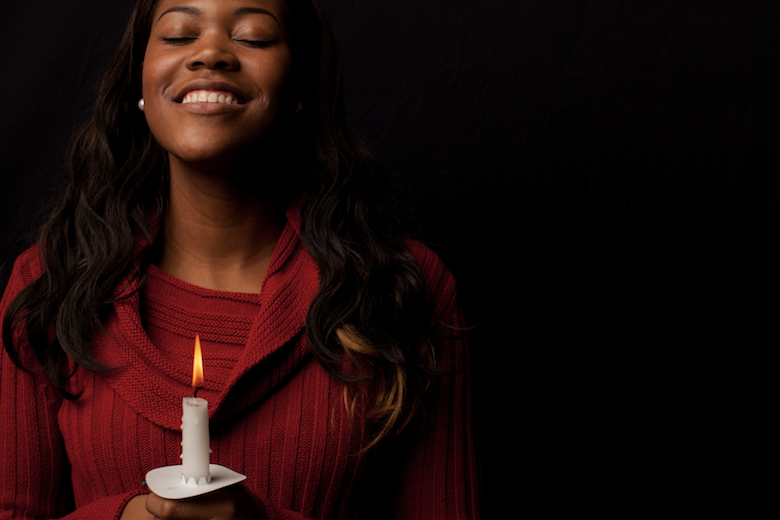 Andrew Gillum just won the Florida Democratic primary for Governor.  Formerly the mayor of Tallahassee, Gillum, a Bernie Sanders styled progressive, was a surprise win.  No one saw it coming.  Polling did not put him in the lead.  He hardly had any ads on TV.  But he had what we need to win in 2018.  He is an authentic, charismatic man with an inspirational message that is unashamedly liberal and an army of foot soldiers going door to door on his behalf to encourage people to get out to vote. He juiced the turn out by going bold.  31% of Dems came out to vote compared to the usual 10% to 18% in a primary.

Tom Steyer and George Soros also helped to fund him, and Bernie Sanders stumped on his behalf.  That doesn’t hurt either.  But they supported him because he’s the Round Up Weed-killer that will destroy Trump and Trumpism, hopefully sooner rather than later.

Like Stacy Abrams, also an inspirational African American who won her primary in Georgia for the governorship, Andrew Gillum has the potential to inspire voters to get out and vote in large numbers.  Ben Jealous in Maryland is another inspirational black leader running to be governor.  And in Arizona, David Garcia could become the first Latino governor.

There is tremendous enthusiasm, energy and excitement in our country on the more progressive, socially liberal “left” side of the political divide.  The future voters of America, Millennials and Parkland age voters want to see the Democratic Party move further to the left.  Andrew Gillum showed the way.  Gillum was fearlessly progressive in his positions: Medicare for all, ban assault weapons, criminal justice reform and greater accountability for the police, and abolish ICE were some of his key positions.  That is the direction our country is going as the old white dudes die off over time, including the old white supremacist dude in the White House.  Gillum is unabashedly in favor of impeaching Trump.

On the right, however, Trump and Trumpism is fully ascendant.  Trump has the Republican Party in a death grip.  As he goes under, he will drag Republicans down under water to drown with him.  That is a Coming Attraction.  But right now, if Trump blesses a candidate in the primary, he or she has a big advantage with the red meat Trump cult primary voter.

Gillum’s opponent for the governorship is a full-on Trump mini-me by the name of Ron DeSantis.  He won his primary by sucking up to Trump.  He earned his endorsement from the Conman-in-Chief by running an ad featuring his own son wearing Trump swag.  In the ad he is teaching his son to build a wall.  Excuse me while I vomit.

If this were a James Bond movie it could not be clearer who the villains are who are working for Specter, and who the heroes are on the side of truth, justice and the American way.  Trump is even working hand in hand with the Russian mafia to take over the world and destroy it.  Please.  This is just too obvious.  And if you think I am making it up about the Russian mafia, just wait.  That connection is going to come out in the next Manafort trial.  Stay tuned.

One of the chief concerns I hear voiced over and over again when I post on Facebook sites, is that Democrats have generally failed to vote in large numbers in the primaries or midterms and the fear is that they will not come out in large numbers this November.  Democrats and some Independents (who will also matter in this election) have chiefly been interested in the general election but thumbed their noses at the midterms.

That is the trend we must buck this time around.

We are in a pitched battle for the soul of our country and for democracy.  The other side plays dirty.  They purge voter rolls.  They gerrymander.  They close polling sites to limit access.  They keep students from registering.  They eliminate early voting.  They do everything they can to stay in power.  Cheating is fine with them because that’s how they roll.

We do not have to cheat to win.  But we do have to get out the vote to win.  We outnumber them.  But we need to get everyone off the bench to get people to the polls.  We do not only need a blue wave, we need a Blue Tsunami this midterm because of all the dirty tricks on the other side.

There is a war of wills that is going to play out in the midterms.  Trumpism vs Progressivism.  The war is a microcosm of the greater war of wills going on in our country and around the world.  Let’s be clear here.  If the Dems do not take back the House, Trump will feel totally free to savage our democracy and our free press even more than he has so far without any check or restraint.

Some have wondered if the Republicans might come to their senses if Mueller comes out with a damning report.  I wish I could believe Republicans will raise a finger, but I don’t.  I do not see evidence of that other than a little ripple here and there.  Even with a damning report from Mueller.   I think they will continue their denials and protectionism.  If Republicans maintain their hold in the House, the Mueller investigation will be hollowed out, and rendered toothless.  Republicans have become Trump’s ultimate enablers.  They are the henchmen for Trump, the mob boss in the White House.  Any Republicans who had any balls are either dead or leaving Congress after the midterms.

If, on the other hand, the Dems take control of the House, even by a small margin, they get leadership and the power of the subpoena.  Axios has published a leaked memo of all the investigations the Democrats want to pursue, and the list is long.  It includes investigating the disaster in Puerto Rico after Hurricane Maria which has turned out to have resulted in more loss of life than Hurricane Katrina despite attempts to pretend it did not; investigating Trump’s tax returns (finally!!), looking at Trump’s family corruption and violations of the Emoluments Clause of the Constitution, Trump’s dealings with Russia, Comey’s firing, the family separation policy at the border and much more.  If the Dems have control of the House Intelligence Committee, Adam Schiff, who has been one of the strongest voices for informing the American public about what happened to us with the Russian invasion by social media and cyber warfare in our election, will lead that committee.  We will learn the truth.

November 6th is our D Day.  We have to win.  It is not an overstatement to say that this November everything we care about is on the line.

Get a game plan.  Make a commitment to be foot soldier for candidates who are in pitched battles across the country.   Write post cards to remind voters to vote.  I am doing that.  Knock on doors.  I am going to do that.  Contact a campaign and help out.  Do it.  Just do it.  Don’t make excuses.  Because if we do not win in November, you will not like what will happen to our country after that and you will feel very guilty that you did not do more.  Get active.  Start now.  Every single vote matters.  Every single vote could make the difference.

Just like Andrew Gillum’s win shows us, Believe!  we can win if we get out the vote.