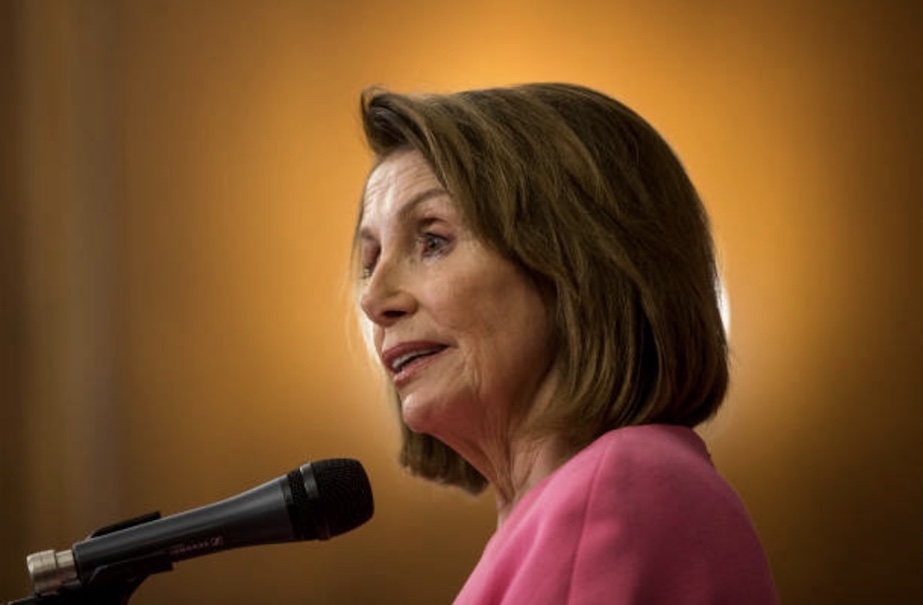 Nancy Pelosi is facing a challenge to her power.  She has created a power center for herself in the House in the many years of her tenure there.  Some people think she has been very effective but others believe she is ineffective.  There is currently a challenge to her potential role as Speaker of the House when the Dems take charge after the midterms.

Why is it that some House Democrats are so upset with her?  There is a letter signed by 16 members of the House opposing her as speaker.  The letter does not really explain the underlying problems that make her unpopular. But there are good reasons why she is getting resistance.  1) Some hold her responsible for the national losses of 60 Democratic seats while Obama was in office.  2) There has been concern that Pelosi has systematically blocked younger colleagues from coming up and getting ahead, especially women.  3) Another point of friction is that Pelosi, Hoyer and Clybourn have banded together to create a power center that rewards friends but punishes enemies.  4) There is debate about whether Pelosi was in fact that effective even when it came to the ACA.  (Her work was essentially thrown away and the Senate bill was the one that passed.  She let debate drag on for months.) 5) She has been known to take credit for the work of other people which has created animosity.

Although there are 16 people who signed the letter challenging Pelosi, there may be as many as 25 to 35 Dems in the House who agree with the intent of letter but did not sign it.  There is some undeniable dissatisfaction with her leadership among some House members.

On the other hand, this midterm the Dems won the popular vote by a healthy margin of over 7.8 points (it may go higher by the time all the votes are counted), flipped 330 state legislative seats, 7 governorships and we now have the biggest House majority since Watergate.  Pelosi is getting some well deserved credit for that huge win.  Her style may remind you of a school marm, but so what.  A good House leader probably needs to be something of a school marm, a seasoned herder of cats.   Some of her colleagues have praised her, saying that when there is hard work to do: listening to needs of the more vulnerable Democrats in the caucus, or staying until 2 am to get everyone on board for a key vote, making sure everyone is protected back home in their districts when they take a tough vote- she is there to help and to do the hard work to make the vote successful.

Republicans use Pelosi as a bogeyman, a punching bag.  They did that with Hillary Clinton and Diane Feinstein too.  These older women often get attacked and portrayed as out of touch with the next generation in their thinking even though that is not always so.  Pelosi is in fact, very liberal and open to progressive ideas.   There is ambient prejudice in our society against older women in general- they are portrayed as less vital even when they are not.  At 78 Pelosi is as energetic as many of her younger colleagues and she is very progressive.  Some people are rallying behind Pelosi because they see this attack on her as sexist and ageist.

One argument I have heard for ditching Pelosi is that she is a lightning rod for Trump and the GOP and that has cost the Dems votes.  The attack on Pelosi by Republicans is especially effective in swing districts.  The Dems, however, should not be  swayed by Trump and the GOP in their negative assessment of Pelosi.  Those guys probably don’t want her in power because she is effective.  As soon as there is another House leader they will demonize that person just as much.  Republican attitudes about Pelosi probably should be disregarded when it comes to this issue for Dems.

Another argument I have heard for kicking Pelosi out is that she is connected to corporate donors.  Pelosi comes from the era when corporate donors were the only way to get enough money to win.  She has apparently created solid relationships with people who give to the Democrats in large sums.  Those donor relationships are worth something.  Even if she is not the speaker, they will probably not be lost, but her donor relationships are valuable.  Many candidates running for office these days are able to use small donor contributions with online funding sources such as Act Blue, which is terrific.  But corporate donors are not all bad guys and having more money is not a bad thing.  To say that Pelosi should be thrown under the bus because she was an effective fundraiser is benighted to say the least.

Funding political campaigns is still an exceptionally expensive proposition.  Not everyone is Beto O’Rourke.  He can snap his fingers and command millions because he is inspirational.  But he is a one-off.  The Dems fundraising helped hundreds of women and men running for office by filling the coffers of the DNC, DCCC, and other large funding sources for the Democrats that supported new candidates offering them boot camps to teach them how to organize their campaigns and helping them succeed in many other ways as well as supporting campaigns that came to a crescendo near the end of the run up to Election Day when everyone desperately needed more money to get out their messages.  Pelosi had a hand in filling the coffers, although her detractors would say she had less of a hand but (unfairly) took more of the credit for what others did.

In short there are arguments pro and con when it comes to Pelosi being Speaker of the House.

When a company has an older leader, the company develops a succession plan and a transition period to make that evolution smoother.  A transition means there is a learning period.  Working relationships get created and built that add to success once the transition comes to fruition.  Transitions are better than coups because they create less chaos and more consensus.  I believe the next one to two years should be a period of transition.

Transitioning leadership in the House is also important for our country right now because we are in for a very rocky, chaotic time very soon.  Trump will be challenged by the House, numerous criminal and civil lawsuits, the Mueller probe and other global assaults to his authority.  He will punch back.  We know he will.  And we are going to face a constitutional crisis the likes of which our country has never seen before.  Trump will try to break the system.  The Dems need to have solid leadership in place to push back.  We need someone with deep knowledge about how to steady the ship and navigate as we face these turbulent times that are right around the corner.   Pelosi has that institutional knowledge.

In my opinion she should start off as Speaker of the House provided she is willing to agree to a succession plan.

Since Pelosi is very powerful and wants to keep her power, the only way to force the issue may be to challenge her in the way these 16 House Dems are trying to do.  Their goal may be to force her to agree to a transition of power.

In short, the best solution for everyone would be for Pelosi to agree to a plan to begin as Speaker of the House but train and educate a group of mid-level Democrats so that one of them will be ready to take the helm in the future.