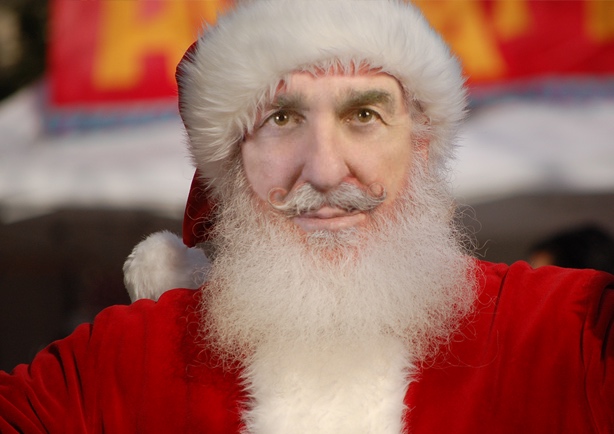 One of the reasons I write The Markin Report is to keep my spirits up and, I hope, yours too.  The best holiday present for me and you would be NOT having anything in our newsfeed about Trump.  But since our president is not capable of being calm and reasonable as the shitstorm he created and continues to create bears down upon him, I doubt we are going to get that gift.  So, I will offer you the next best thing, namely, the story of how Trump goes down.

Yes, Trump is going down.  The reason is not that he was and is a nativist, an isolationist, a misogynist, a malignant narcissist, or a fool.  He is all of those things.  But the reason he is going to go down is that the donor class has had enough chaos.

In the most recent CNBC poll of millionaires (people with investable assets of one million dollars or more), 40% of wealthy Republicans say they would not vote to re-elect Trump.  While an energized group of 54% of wealthy Democrats and 28% of wealthy Independents say the issue that matters most to them is “voting Trump out of office.”  Trump has lost the support of more than 1/3 of wealthy voters.  And this is before the next round of indictments and report from Mueller have come out that will reveal the un-American Americans who  engaged in the conspiracy with Russia to get Trump elected.

Trump served a purpose for Republicans up until now.  He helped them get their tax cut for corporations.  He has stocked the courts with conservatives from the Federalist Society.  He got Gorsuch and Kavanaugh on the Supreme Court to protect corporate interests along with the other pro-business justices who were already there.  They put up with his disgusting white supremacist policies and zero tolerance at the border so that he could keep his nasty base happy.

But at this point he is stepping over the line.  Trump is creating chaos in the world and that is not good for business, for the donor class, or for stock markets.  The donor class is turning away from him.  And when they do, Republican Senators, who know who butters their bread, will get the green light to take him down.  This will happen when Mueller’s Report comes out.  Republicans on the Hill hate Trump and say that behind closed doors.  They think he is crazy.  They wish Pence could become president.  Pence might help them resurrect their damaged image, or so they think.  However, in this holiday version of the future, Pence will be indicted by Mueller.  (More candy in your secret Santa gift bag!)

The way it will go down is that Trump gets weaker and weaker.  That is already happening.  As he loses power, people in greater positions of financial power over Republicans in Congress (the donors) will turn on him, first with a whisper campaign behind closed doors.  That has already started.

His mean and rotten base, which remains consistent at the steady but low approval rating of around 37% – 39%, will stay with him, but the Republican Party will continue to shed more moderate people, Midwestern farmers hurt by the tariffs, small business people, and others who are less willing to be conned by him and Fox News anymore.  In other words, the group that says they are Republicans will shrink even more (it is already shrinking) as more and more chaos occurs and as these many indictments and court documents reveal the real Trump, not the Apprentice version America thought it was getting.  When people say that Republicans approve of Trump, you have to remember that is now a significantly smaller group of Republicans- down around 25% of the electorate or less as the GOP loses market share because Trump is such a disaster.

Disillusioned, more former Trump voters will quietly decide that he is a disappointment to them personally.  He never really had their best interests at heart.  That tax bill helped the rich, not them.  They will move over to the Independent voter category. They already are.  That will increase the pressure on Trump and that in turn will result in more bad decisions by him.

Trump brings his problems onto himself.  He feels vulnerable (although he would never admit that) but what he does with his sense of vulnerability is to assert that he is the only one who knows what to do (that’s the narcissistic grandiosity kicking in).  Only he can fix it.  He gets rid of anyone around him he feels threatened by which include the grownups who tell him what he should not do.  He attacks other people who are trying to give him advice or who disagree with him.  He experiences their disagreement with him as disapproval of him.  He feels attacked by even slight criticism.  It is unbearable to him.  Criticism causes him to lash out and isolate himself even more.  Because he is an empty vessel, (he really has NO clue what he is doing or who to listen to on most subjects) he listens to authoritarians like Erodgan and Putin but also to Ann Coulter and Rush Limbaugh who probably remind him of his authoritarian, dictatorial father.  He follows their bad advice.  And when he takes their bad advice, it damages our country, and runs counter to the interests of the business world,  our military interests, and the good of the country, resulting in more and more reasonable people like Mattis throwing in the towel.

Wealthy Americans in positions of power are finally realizing after two years of chaos, that he is too much of a risk to keep in office.  This is especially so as the markets slide downward, wiping out the gains of the past two years.  We have just had the worst drop in the stock market since the Great Depression.  When rich folks, who DO understand how the world works, see the damn mess Trump is creating and his inability to take advice anymore, they will decide that his days need to be numbered.

How do you get rid of a president with a base that still adores him even if his favorable rating hovers at only 37%?  The answer is that you use the Mueller Report as the precipitant and you give the nod to the GOP Senators. who rely on your funding, to go ahead and pull the trigger on impeachment.

Trump is despised.  He has made so many enemies that when the time comes to turn on him, there will be celebrations in the streets, the boardrooms, and on Capitol Hill.  A lot of people hate him.  He has insulted and ridiculed many people who have mostly held their tongues.  But they will speak out once he gets weaker.

In our holiday version of this story Mueller comes out with his report and numerous indictments all at once, which will be like machine gun fire mowing down Trump’s crime family and close associates.  Trump is clearly an un-indicted co-conspirator based on the “speaking indictment” that Mueller uses to tell us the full story about what happened to us.  Impeachment becomes unavoidable in the House.  And, urged by their donors, the Senate coughs up at least 20 Republicans who will support ejection, which is all that is needed to do the right thing.

And, you say, what about the threat that Trump’s base will riot if Trump is impeached?  I think we will get a continuation of the crazy people who are already out there in Trumpland, duped and misled, living in a conspiracy-mired world.  They will be arrested by the local police.

Twas the Night Before Christmas and all through the house not a creature was stirring, not even a mouse.

Mama in her kerchief and I in my cap had just settled down for a long winter’s nap.

When out from my cell phone there came such a row, I sprang from my bed yelling, “What’s Trump done now!?”

As I shook my head and was turning around, down the chimney came Mueller not making a sound.

He spoke not a word but went straight to his work, filing indictments against lots of jerks.

Then laying a finger aside of his nose and giving a nod, up the chimney he rose.

Then he sprang to his sleigh, they took off from the roof, the work he had done had shown us the truth.

And I heard him exclaim as he rode out of sight:

“Impeachment is nigh, and to all a good night!”

Maybe this is just a wishful holiday fantasy, but I like it and I hope you do too.  Above all, I hope it comes true.