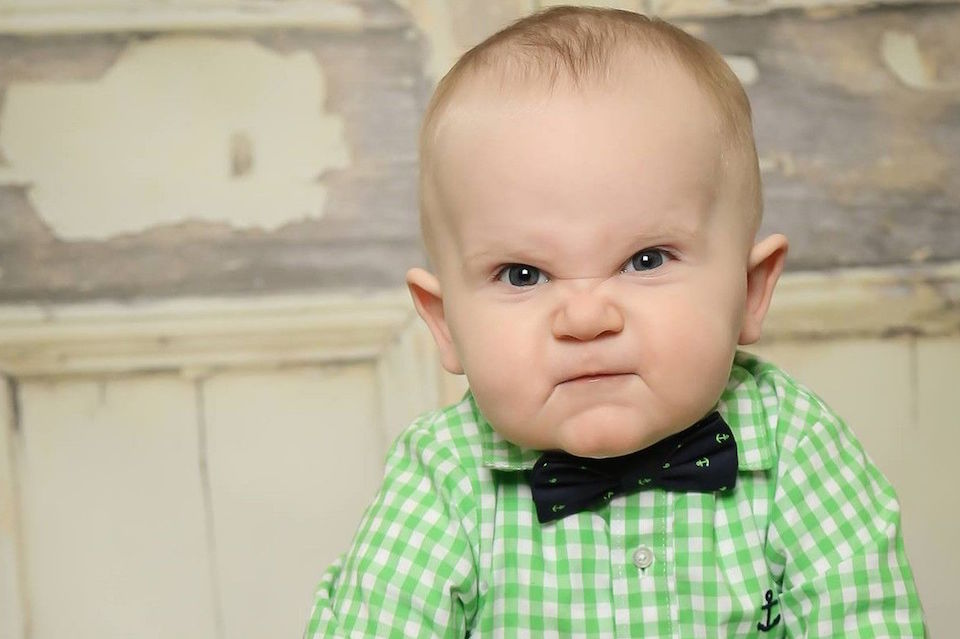 We are into the 34th day of Trump’s tantrum shutdown demand for a border wall.  Nancy Pelosi is trying to do what no one has successfully done before, namely, say “no” to Trump.  Having raised five children she has said, “I know a tantrum when I see it.”  And she also knows that if she gives in this time, Trump will use this approach again and again to get his way, just like a bratty kid demanding that toy truck in the middle of  Toys R Us having a lie down bang his head on the floor fit to get his way.  She cannot give in.  We cannot give in.

Trump always “negotiates” this way.  He breaks something first, or takes something away like DACA, and then offers to return a portion of it (amnesty for three years) to get what he wants.  This time he has taken hostages as bargaining chips.  800,000 federal workers are not getting paid not to mention the thousands of additional contracted federal workers who will never get their back pay.  He is putting all of their futures at risk.  This is real tragedy for real people.

Story after story on CNN, NPR, the Washington Post as well as other news sources are coming out about how these affected Americans are trying to make it by relying on pawn shops, pay day loans, soup kitchens and other economic band-aids to survive this totally unnecessary shutdown.

The shutdown is not really about insuring greater security for our country either, because it is making our country less secure.  The Coast Guard and other federal workers in essential jobs are supposed to work for nothing.  People cannot afford to do that for long.  Same with the TSA workers at airports and the FAA warning of aviation risks.  The FBI is unable to keep going with many of their developing cases, including investigations of the notorious MS-13 gang Trump is always using to scare people.  The State Department cancelled an international conference on border security and preventing weapons of mass destruction from coming across the borders because of the shutdown.

Trump is not only putting government workers at risk, but he is also putting the economy at risk.  Since the shutdown consumer confidence has plunged to the lowest level since 2016.  The GDP forecast has been reduced to 2.4 % and there is a weak manufacturing report that reflects more reason for growing pessimism.  25% of economists say the economy is headed for a recession.  By 2020, when Trump and many Republican senators are going to be running for office, 57% of economists predict the country will be in recession, a recession spurred by Trump’s trade war and the shutdown.

Trump is also putting his own future and the future of the GOP at risk.  57% of Americans disapprove of Trump.  His approval rating has fallen from 42% before the shutdown to a new abysmal low of 34%.  More than 6 out of 10 voters disapprove of him now.  54% blame Trump and the GOP for the shutdown, which makes sense since Trump had that meeting in the Oval Office with Chuck and Nancy and said he would own the shutdown and not blame the Democrats for it.

Reporters interviewing his 2016 voters in places like Macomb, Michigan, are reporting that these people are saying it would take a miracle for them to vote for Trump again. These were the former Obama voters who took a chance on Trump.  Now many have buyers’ remorse.  One man said- what was I thinking?  and vowed to vote for someone reliable next time, not a flamethrower.  71% of Americans say the wall is not worth shutting down the government for.  That includes 71% of Independents and 43% of Republican voters.

Pelosi and Schumer have a strong message for Trump, McConnell and the rest of the GOP.  “Free the hostages first and then we will negotiate!” That is the right message.

Given this situation, the heat is on Republican Senators to do the right thing.  They need to part ways with Trump which will put pressure on him.  This is the moment to do it.  In fact Cory Gardner of Colorado has just decided to vote with the Dems and against the wall.  Others could follow.  Today there will be a vote in the Senate and McConnell is calling up two bills.  The first is Trump’s offer which is really just a phony baloney return of what he took away when he decided to put Dreamers at risk for deportation to their countries of origin despite the fact that many have been contributing to our country and have little to no connection with those countries of origin.  Trump’s bill would allow them 3 years of amnesty.  Big friggin’ deal.  No deal!  Pelosi has called this a non-starter.  She is right.

The second vote will be on a bill offered by the Dems to immediately reopen government until February 8th and resume policy talks about border security.  This bill essentially says- “free the hostages and then we can talk.” This bill would not give Trump his shiny toy truck, the wall.

Both bills are predicted to go down in defeat but the numbers matter.

The Dem’s bill would have been easily passed but for Ann Coulter, Sean Hannity, and Rush Limbaugh telling Trump his days with his base will be numbered unless he insists on the wall.  And that racist blather created this whole mess.  If not for these right wing commentators who are too full of themselves and have too much power over Trump, the Senate would not be on board with this Trump shutdown.  The Senate had already passed a clean continuing resolution before Trump got his marching orders from these troublemakers.

Since when has the Senate become beholden to talk show hosts?  When did these Senators neuter themselves?  Who do they represent anyhow?!

Mitch McConnell and the GOP have become the willing tool of talk show hosts and the angry brat in the White House, doing their bidding but not meeting the needs of the American people.  This is NOT OK.  McConnell is to blame, and the Republican Senators are too.  They need to be reminded about who they represent.  They do not represent the president.  They do not represent self-important of talk show hosts.  They represent US! WE are their constituents.  We voted them in and we can vote them out.

And here is where we can do our part.  We need to call and email and call and email some more to tell these Republican Senators to do their jobs.  If you live in a blue state and your senators are holding firm against the tantrumer-in-chief, then call your senators and give them your support.

But if you live in a red state and your Senators are Republican you are in an even more  important position to help.  You need to contact your senators and give them a piece of your mind.  Don’t hold back!  They need to know you reject what they are doing.  They need to vote to reopen government.  They need to do their jobs and represent the American people.  Tell their office personnel who answer the phones that you are not only going to vote for the Democrat running against this senator in the next election, but you will send money to support the Democratic candidate running against him or her if they do not vote to reopen government.  Full stop.  They better listen.

Part of me wishes that the shutdown would go on longer because it is ruining Trump and the GOP.  But that wish is outweighed by the pain of our neighbors who are being abused by this administration.  We need to help other Americans by ending the shutdown as soon as possible.

Please join me by jumping in and make these calls to our senators.  Your call gets counted and reported.  We could make the difference if we rise up and put pressure on the GOP at this tipping point for our country.  I have my senators on speed dial.  Try it.  It’s easy.  And worth the few minutes it takes to do it.