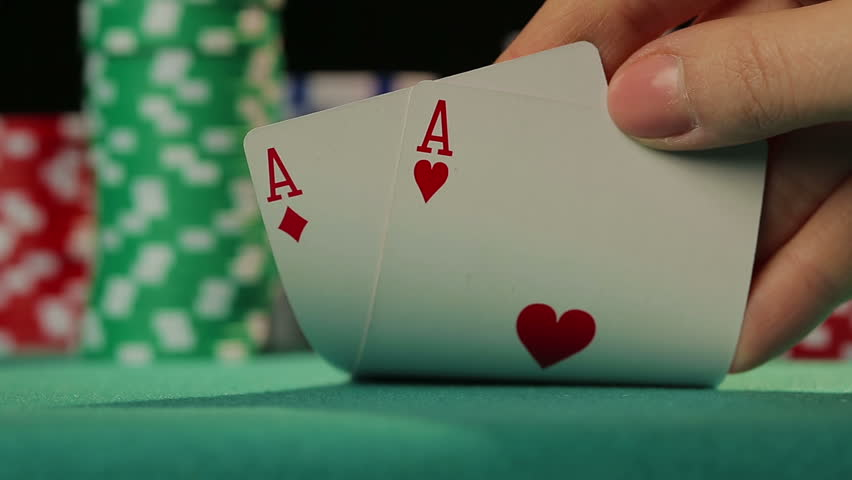 Friday was a good day for the American people.  Two big events happened Friday.  They are both cause for celebration.

Early in the morning the FBI showed up at Roger Stone’s house in Florida and arrested him.  He was indicted on 7 counts.  They include witness tampering, five counts of false statements made to Congress and one count of obstruction of justice.  At the same time Stone was being arrested, his home in New York was the subject of a search by the FBI.  The indictment, which is fascinating, is something like the other speaking indictments from Mueller but describes a number of shadowy unnamed people doing nefarious things, which makes it harder to parse.  It is granular, telling a story that is clearly one of behind-the-scenes coordination between Roger Stone, Julian Assange of Wikileaks and Jerome Corsi as the go-between.  There are other Americans and someone in England alluded to who are involved as well but not named in the indictment. Julian Assange himself is referred to in the indictment, although not by name.  But you can’t miss the connection because the indictment refers to the person living in the Ecuadorian Embassy in England.

One of the most important lines in the indictment is this – After the July 22, 2016 release of stolen DNC emails by Assange, “A senior Trump campaign official was DIRECTED TO CONTACT Stone about any additional releases and what other damaging information Wikileaks had on the Clinton campaign”.  Why is this so important?  Because the person directing the campaign official had to be someone above that senior campaign official and this was not a very big campaign.  It was a small, chaotic campaign in which every aspect was directed by Trump himself.  The person doing this directing may well have been Trump.

Another important part of the indictment is the information about what happened after the first dump of stolen emails by Wikileaks on October 7th of 2016.  The indictment tells us that “an associate of a high-ranking Trump campaign official sent a text message to Stone that read, ‘Well done.’”  Stone afterwards corroborates his involvement by claiming credit with senior Trump campaign officials for correctly predicting the October 7th release.

In reading this indictment, it is clear that Mueller has a slam dunk case against Stone.  He has the emails, the text messages and other documents to prove the seven charges beyond a reasonable doubt.  Notable, however, is that these are charges against Stone but no one else.  There is no mention of a conspiracy in this indictment although it is clear from the information in it that multiple people both in and outside the Trump campaign are involved in activities related to Stone’s efforts to engage with Wikileaks and Guccifer 2.0 to get hacked email dumps to help the Trump campaign, inform the campaign about what is coming by way of hacked material, and fulfill the wishes of the campaign for more dirt.

That strategy of limited charges indicates to me that Mueller could be interested in seeing if Stone wants to cooperate and tell the truth before going forward with additional indictments or a superseding indictment that would add charges to the ones we see here.  Stone has said he would never “rat out” Trump.  He and Trump use mob talk about not being a “rat”  or “stoolie” and in the indictment there is a fascinating series of reveals about what Stone said to Randy Credico, person 2 in the indictment, as Stone works over Credico, trying to get him to lie to Congress on his behalf.  Stone tells Credico to “Stonewall it.  Plead the fifth.  Anything to save the plan.” before Credico testifies before Congress.  Stone tells him to do a “Frank Pentangeli” (a character from the Godfather Part II who pretends to be innocent when he testifies before Congress.)  Stone even threatens to steal Randy’s fluffy white therapy dog.  What a jerk!  All of this is in the indictment.

When Sarah Sanders says there is no connection between Stone’s indictment and the president  you have to ask yourself how stupid do they think the American people really are?  Who is going to believe that Trump did not know about the extensive communication and coordination going on in HIS campaign between Stone and Assange?  We all know how much of a micro-manager Donald Trump has to be.  It is laughable to think that Trump was kept in the dark by his campaign and his friend of 40 years, Roger Stone, who was eager to boast about how cool it was that this whole dirty trick scheme, the “plan”, was going down so well, damaging the Clinton campaign.  At one point in the indictment references are made by Stone about trying to create the impression that Clinton was sick and feeble.  That was also one of the themes of the Trump campaign rallies and those allegations were also supported by the social media assault carried out by the Russian troll farm.  Donald Trump’s campaign rally exhortations closely aligned with the Wikileaks dumps and the social media assault.  They all worked together.

In an earlier indictment, Mueller already charged Russian GRU agents with the cyber-attack hacking of the DNC emails.  Those hacked documents were transported to Wikileaks and Guccifer 2.0. These platforms then took the stolen emails and released them strategically to damage the Clinton campaign.  We already know all of that from Mueller’s earlier indictments.  What we have not known is which Americans would be indicted in connection with this illegal activity.  This is the first step in a series of coming indictments.  There will be a conspiracy indictment coming eventually.  Based on this indictment there were numerous people involved in the Trump campaign actively working on this coordination which will eventually be charged as a conspiracy.  It is inevitable that Trump himself will at some point be exposed as one of the people directing the illegal activity.  There is no way this could have happened without his blessing and involvement.

Well played, Robert Mueller.  We are fortunate to have you and your team running this investigation.

We now know for a fact that the Republican led House Intel committee led a sham investigation.  The Dems will not do that.  They are going to re-open this investigation and get to the bottom of it.  This is a good day for the American people because there is no way to claim this is a witch hunt.  The witch that was caught today was extremely close to Trump.  Trump and his family must be panic stricken no matter how much they try to pretend there is nothing to see here.

The other big breaking news today was that Trump gave in on his border wall and re-opened government.  Thank Goodness!  And also thanks to Nancy Pelosi’s brilliant stewardship.  Chuck Schumer deserves some credit too.  Schumer goaded Trump and then locked Trump in in that meeting in the Oval Office on TV.  Trump owned the shutdown.  After that, Pelosi had the upper hand.  She just needed to say NO and keep her caucus with her, which she did.  As the pain grew outside the “let them eat cake” Trump White House where people like Wilbur Ross could not understand why government workers didn’t get bridge loans, and Lara Trump called it a “little bit of pain”, the reaction of the American people got louder and louder.  Stories on the news profiled government workers going to food banks and getting payday loans.  Trump and the GOP were blamed, and rightly so- their approval ratings plummeted.  The GOP began to splinter behind closed doors, fighting with each other about the shutdown.  One Senator yelled at Mitch McConnell “This is your fault!”  Yep.  The GOP members who are running for office in 2020 saw their chances to win going down the drain.  The last straw was probably Friday morning’s “sick out” of thousands of aviation workers and IRS workers.  And I think the final final last straw for Trump was Stone’s arrest by the FBI that same morning.

As the truth comes for Trump, it is looking more and more likely that Trump really could face impeachment.  Nancy Pelosi will be the person who could decide his fate.   She has said she would not pursue impeachment unless there are votes in the Senate to expel Trump.  I’m sure Trump likes hearing that.  But as more and more comes out, she could change her mind.  I think Trump understands how much more will be coming out and he understands Pelosi has real  power.  He probably had swallow hard and reject his vicious right-wing base clamoring for that stupid wall in order to try to develop a better working relationship with Pelosi and maybe even pivot to try to please the American people for once, since they make up the majority of the electorate and far exceed the numbers in his dwindling base.  However, I think the American people won’t be fooled again.  Trump’s power over the GOP is also going to diminish after this huge judgement error.  If Republicans are smart, they will pull away from Trump and probably try to pin the blame for the shutdown and the disaster that followed that decision solely on Trump.

We will have another success for the American people if Trump will just back out of these negotiations, Mitch McConnell, Chuck Schumer and Nancy Pelosi and those lawmakers on the bipartisan conference committee will be able to cobble together an agreement that will closely align with what they have already figured out in terms of border security.  That will be put on Trump’s desk to sign.  After the Republicans and Democrats work together on this and come up with the solution, if Trump tries to play his “crisis at the border emergency card” no one will believe him.  If he does try it, the Dems will get a temporary restraining order and the courts will stop Trump in his tracks.

Once Trump gets the deal from this bipartisan group, Trump will sign it without his border wall.  He might pretend he got the wall.  He will probably turn himself into a pretzel claiming he got a wall.  But he will not get it.

Ann Coulter is already tweeting nasty things at Trump, calling him the biggest wimp, even bigger than George H W Bush.  And I think we are seeing how Trump goes down, how it will play out.  He has alienated about 60% of America by playing to his racist base.  He backed himself into a corner with the shutdown.  He needs his base to survive but he will not deliver to his base what many of them rabidly demand.  Many in his base will turn their backs on him as Rush Limbaugh and Ann Coulter call him names and humiliate him.  In Trump’s right-wing world power is everything.  There are winners and losers.  Trump is a loser.

Well played, Nancy.  You knew just what to do.  Trump understands who is boss of the House.  Trump understands your power.  You are the perfect person to model the way to beat Trump going forward.  You know yourself and have an inner ethical compass.  You do not reply to his tweets with nasty tweets in response.  Above all you carry yourself with decorum and confidence and your goals are the goals of the American people.  Thank goodness you are the Speaker of the House.