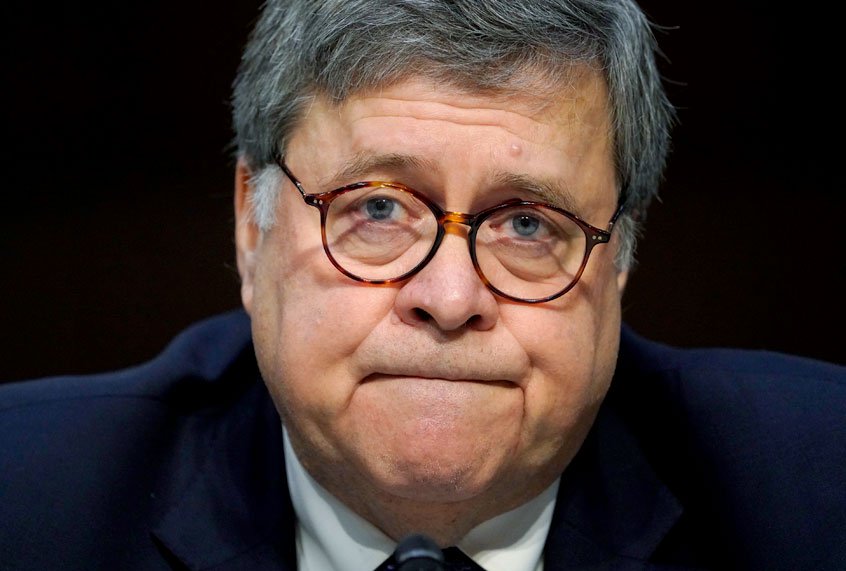 It’s not what AG Bill Barr, Trump and the GOP are saying.

We do not yet have Mueller’s full written Report to read.  All we have is Bill Barr’s distilled,  version of Mueller’s Report, and Bill Barr’s determination that Trump did not obstruct justice.  Barr is acting as a filter.   He is saying there was no proven conspiracy and that Mueller was inconclusive about obstruction.  So he, Barr, all by his little ole self, made the decision (although he says Rod Rosenstein agreed) that Trump did not obstruct justice.

Whoa!  Wait just a dang minute here.  Mueller did not exonerate Trump!  Barr did.  If there was any doubt before, we now know that Trump got his Roy Cohn.  Another AG would NOT have made that decision on his own.  He is also wrong on the law of obstruction here because you can obstruct justice even if there is no underlying crime as long as there is an underlying investigation being obstructed.   There was.  I think Mueller intended to send his report to Congress and let Congress decide what to do about obstruction.  Barr just usurped Congress’s role and it sure looks like he did it to protect Trump.

What happened with the conspiracy with Russia?

When it comes to an active conspiracy with Russia, Mueller seems to have concluded that there was insufficient evidence that rose to the level of a “knowing” conspiracy.  The participants need to know they are conspiring.  It is possible but not probable that Trump and his gang that couldn’t shoot straight may not have “known”.  To prove a criminal conspiracy the standard of proof is beyond a reasonable doubt.  And when you target a president you better have evidence beyond beyond a reasonable doubt.  You better have DIRECT and INCONTROVERTIBLE evidence.

The most likely scenario I think was that the Russians reached out numerous times to Trump’s allies in the campaign and Trump did what we already know he always does, namely, he responded like a mob boss – with a wink and a nod but nothing that the FBI could pin on him.  Then he called out to Russia right out in public for the release of Clinton’s emails- which happened- and used that public venue to assert his plausible deniability.  He did that over and over.  The argument is that if he did it or said it in public how could he have the criminal intent?  Of course that argument is bogus.  Just because the words or acts are public does not mean there is a lack of criminal intent.  But the criminal conspiracy is incredibly hard to prove as a result.

If we had access to the full report we would be likely to find a lot of evidence of a conspiracy that DID exist with some of the members of Trump’s campaign team.  How else do you understand the lengthy investigation?  How else do you explain all of the evidence we saw and heard for ourselves?  If this investigation was a total nothingburger Mueller would have closed it sooner.  This was not a nothingburger.

Manafort also comes to mind immediately.  We know he gave polling data to Konstantin Kilimnck at the cigar bar.  That would qualify as an overt act that was “knowing”.  Remember that Andrew Weissmann told Judge Amy Berman Jackson that this act went to the heart of the investigation?  Manafort never really left team Trump.  He only pretended to cooperate with Mueller. He stayed on Trump’s team even while pretending to cooperate (so that he could tell Trump what Mueller knew).  Would there have been a proveable conspiracy if Manafort had cooperated?  We do not yet know.  But I think that is worth finding out.  Mueller’s report should shed light on that.

Christopher Wylie formerly of Cambridge Analytica just tweeted this today:  Whatever this report says, here’s what I know: when I was at Cambridge Analytica, the company hired known Russian agents, had data researchers in St Petersburg, tested US voter opinion on Putin’s leadership, and hired hackers from Russia – all while Bannon was in charge.

The bottom line here is that I think there WAS a conspiracy between Russia and Trump but there was insufficient evidence to have a slam dunk prosecution.  Even in the declination decisions, however, there should be important information in the Report that we need to know.  How close did Mueller get to having sufficient evidence of a conspiracy?

What about the obstruction?

There was ample evidence of obstruction of justice by Trump.  In plain view.  Barr concedes that Mueller says evidence of obstruction was something Mueller could not make a determination about. Perhaps that was because with Trump it is impossible to figure out his state of mind. He lies as easily as he breathes and he truly believes his own lies.  But why didn’t Mueller subpoena him to come in and have a talk?  We need to know that.  Bottom line here is that Trump was NOT EXONERATED by Mueller. We even learn there was more in the Report that points to obstruction than we know yet in the public space.

The problem as Barr sees it is that if there is no underlying crime, no conspiracy with Russians, then what was being covered up and obstructed?  Well, hey, maybe Trump was afraid that the investigation would uncover all the financial crimes he has engaged in so he did everything he could to stop the investigation.  And guess what?  That did happen.  In addition, we all saw the obstruction and the lies about Russians and the engagement with Russians.  Why why why do people lie and cover up if there is nothing to hide?  That is one central question we need answered.  We need to read Mueller’s Report to understand this.

At this point my thinking is that the only way to understand all of this is that there WAS a conspiracy with Russia but that it was effectively carried out by Trump with help from the Russians in a way that evaded criminal prosecution.  Trump was successful in the conspiracy and the cover up, in other words.  The conspiracy level of proof did not rise up high enough partly because the Russians and Trump worked in tandem but in a way that could not be proven effectively in a court of law.

If Mueller could not prove the case beyond a reasonable doubt, and if Trump could just sneak his Roy Cohn into the AG spot, Trump could get away with this.  So he fired Sessions and then Bill Barr auditioned for the job of AG by telling everyone in a high place close to Trump in a widely distributed 20 page memo that a president cannot obstruct justice.  Slam dunk.  Perfect!  Barr got the job.  He has now done what he was hired by Trump to do.  Game. Set. and Match.

I am sorry if I sound like a conspiracy theorist.  But there is no way anyone should get on the bandwagon and rejoice that Trump did not have a conspiracy going with the Russians to win the election.  Because he did.  He was and still is a traitor and some day we will learn the truth.  Someone like Manafort on his deathbed will confess that Trump was deep into it with the Russians and that of course he obstructed justice.  Or we will get our Deep Throat from the Intelligence world.

Even if the Mueller Report is made available to Congress, which it should be, and even if we learn that Mueller intended Congress to make a determination about obstruction, the Dems are in a politically difficult situation.  It will look like major league sour grapes for them to contradict Barr’s determination that Trump did not obstruct justice.

The Dems will have to walk and chew gum at the same time.  Which means that they should get Mueller to testify in Congress, get the report and if there is evidence that contradicts Barr, they should get it out into the public space.  But they should not do that to the exclusion of the people’s business.  They will not be able to pursue impeachment now, but that may be a godsend in disguise.  The bigger problem is that we do not know if Trump is compromised by the Russians and that was supposed to be one of the results we were to learn from this investigation.  I hope our Congressional leaders get briefed about this serious loose end.

Impeachment was never going to be effective without a total bombshell smoking gun that showed Trump to be in a conspiracy with the Russians.  Trump’s base is extremely loyal and they are pinning the Senate Republicans to the wall.  Impeachment in the House without conviction in the Senate was a recipe for Trump’s re-election.  The 25th Amendment is a pipe dream without the buy in of the Vice President, which will not happen.  Indictment by Mueller was never going to happen to a sitting president given the DOJ rule.

The only viable option for our country to get rid of this horrible no good president is at the ballot box in 2020.  That should be our North Star.  It is the same goal we had before the Mueller Report was submitted.  It is the only way to get out of this bad chapter in our country.

What should we do now?

It is all hands on deck for 2020.  Not quite yet.  We can take a brief vacation now.  In fact, I did that, and it was really sweet.  Turn off your news feeds and stop yelling at your TV.  Enjoy the day.  Because as we get closer to 2020, whoever wins the Democratic primary and runs as president will need our total support.  Whichever Dems are up for election in the Senate will also need our support.

Think about this- if the Dems had won both the House and the Senate in 2018, Trump would have been impeached and convicted by now.  So that needs to be the goal for 2020.  Ideally, unitary government with the Dems in control across the board.  And, ideally, a presidential landslide win for whichever Democrat is running so that Trump cannot claim the victory was a miscount and try to stay in power.

What about Trump’s future? Does he get to skate away?

Right now Trump is one emboldened would-be tyrant.  He’s like a tick that just had all the blood he could eat at the picnic.  He has triumphed for now.

But just wait.  There are a lot of pending cases with your name on them, Donald Trump.  You and your crime family are going to be sued civilly and criminally prosecuted in about a dozen pending legal cases scattered across the country.  The SDNY may decide to indict a sitting president.  We will see.  The District Attorney of NY is not governed by the DOJ rule against indicting a sitting president.  Neither is the Attorney General. of New York.

This reality TV show is not over yet.  But we the people can vote it off the air in 2020.