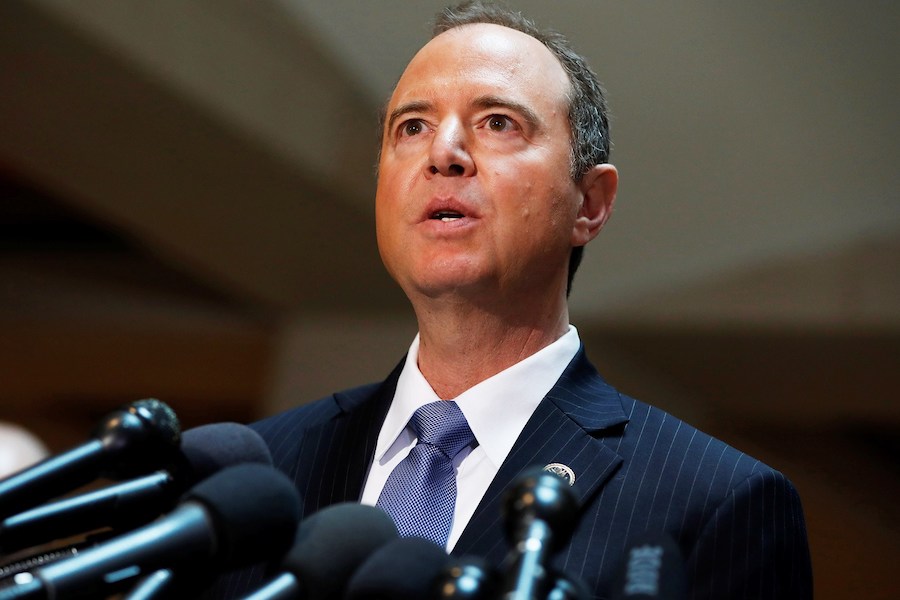 The release of AG Barr’s four-page memo, that seems like an attempt to do an end run around the findings of the Mueller Report, has fooled no one who wasn’t already fooled by Trump.  What just happened with AG Barr can be likened to a football game where the home team’s quarterback throws the football and it is intercepted by the referee, someone who is supposed to be a neutral person (even if the Attorney General is chosen by the president), but instead, the ref himself runs with the football into the end zone and says it’s a touchdown for the home team.  We all know this isn’t right.  In fact, it stinks.  But what Trump gets to have now is a period of time in which he can seize the narrative and try to shape public opinion before more of the Report comes out.

The four-page summary with Barr’s personal decision to let Trump off scot-free on obstruction while admitting that Mueller did not exonerate Trump on obstruction, has done nothing to convince the American people that Trump is a victim who has been unfairly investigated. What everyone saw Trump try to do these past two years to obstruct this investigation and play footsie with the Russians was not a figment of our imaginations.  We know what we saw and heard.  The Trump team may have seized the early narrative with Barr’s take on the Mueller Report, but their victory lap is premature.

After the release of Barr’s four-page interpretation of Mueller’s Report, Trump’s approval rating continued to malinger in the low 40’s and his disapproval remains statistically the same or just a bit higher at 55%, up from 54%.  The American people do not think much has changed now that Barr has given us his two cents, and put his thumb on the scale for Trump.

The only thing that might change this equation one way or the other would be the release of the full report (over 300 pages) and testimony from Mueller himself in a public hearing before a Congressional committee.  Mueller needs to tell us what he was thinking by NOT coming to a conclusion about obstruction of justice.  Was he trying to use the “Road Map” idea used by the Special Prosecutor in Watergate that set out the evidence with the intention of having Congress wrestle with it and make the political determination to impeach or not?  That would make sense given that there is a DOJ rule against indicting a sitting president.  Unless and until we hear it straight from the horse’s mouth, skepticism about AG Barr’s total and complete exoneration of Trump will continue unabated.

Trump, for his part, is really full of himself now.  His grandiosity is at an all-time high.   He has concluded that he is even more brilliant and unstoppable than even HE thought he was.  He is not only spiking the football and dancing in the end zone, he thinks he can do anything he wants.

For example, he thinks this is the right time to attack two of his biggest rivals with one unhinged act- namely, he has decided to try for once and for all to get rid of Obamacare by not allowing DOJ attorneys to protect the ACA against state court challenges.  In his mind this must seem to be a great way to diss both Obama and the ghost of John McCain. People said he couldn’t rid the world of Obamacare.  But he has shown them to be wrong every time.  Now he will prove them wrong again.  He will fix healthcare.  He knows it all.

Chuck Schumer’s reaction to this decision by Trump to upend Obamacare was: “Go ahead. Make my day.”  One of the reasons the Dems won so resoundingly in the 2018 midterm election was because the American people want and need affordable health care and the Trump administration and Republicans are trying to kill off their healthcare AND, it seems, the American people as well.

Trump and the Republicans have NO PLAN TO REPLACE.  They got nothing.

You have to wonder.  Here is Trump’s big chance to be magnanimous and create unity and he cannot bring himself to do anything  close to that.  Instead he is vindictive and out for revenge.

In case you wondered what it meant to have a malignant narcissist for president, this is your answer.

He even has a hit list of people like Adam Schiff and Jerry Nadler who, he insists, should not be allowed on TV any more.  He is actually demanding that Schiff be expelled from Congress for doing what he should be doing, namely oversight of this administration.  Nine Republicans in the House Intel Committee, doing Trump’s bidding, sabotaged Adam Schiff with their version of a  back alley knife attack demanding his resignation as Chairman.  Adam Schiff’s response was priceless.  If you haven’t seen it you have to watch his 5 minute defense of our democracy and a full recounting  of the extensive evidence of collusion we all have seen without any help from Mueller or Barr.

Schiff Punches Back At GOP Colleagues’ Call For Resignation

Join the millions of people who are supporting Adam Schiff on Twitter and retweet the video.  #standbyschiff .  This is what we need.  This is leadership.  This is the way to take back the narrative from Trump and his enablers.

Tell your lawmaker we have to see the full report and Mueller has to testify in an open public session in the House.  Nothing less will be acceptable.  And support Adam Schiff with emails and tweets.  He has a Facebook page that you can comment on.  He needs to know we have his back.