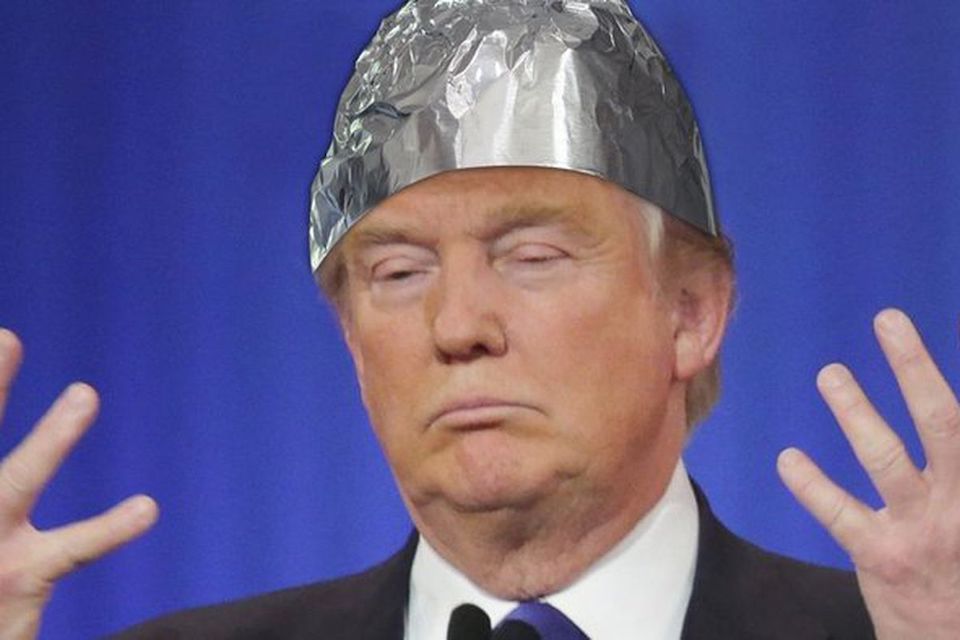 Bill Barr spent two days testifying before Congress in two different hearings and made temporary A G Matthew Whitaker look good by comparison.  If nothing else, these hearings should help anyone who thought Barr was going to be a moderating voice for truth, justice and the American way in the face of a Trumpian dystopian fact free universe, realize that Barr has instead joined Crazytown.  Or maybe he was always a card-carrying member of Crazytown.  Now it’s official.

Here is how we know:

!) Barr is protecting Trump by keeping the contents of the Mueller Report from being exposed. He did this by declaring Trump guilt free on obstruction, going beyond Mueller’s findings.  Mueller seems to have intended his Report to get to Congress so that Congress could do its job and decide whether the evidence was sufficient for impeachment.

2) Barr is putting barriers in the way of Congress having access to both the full Mueller Report and grand jury 6 e material by not requesting its release. This goes against precedent since this material was released to the House Judiciary committee in past investigations including, most recently, the Hillary Clinton email investigation and Watergate.  Congress has the right to this information so it can do its job.

3) Barr is redacting the Mueller Report using four categories of information that he determined should not be allowed to see the light of day. These will be color coded as they are redacted. It is fair to redact for public consumption, but not for Congress.  The category of redacting anything that would damage the “reputational interest of peripheral third parties” could include Trump himself and by using that device, Barr could keep everyone from learning damaging information about Trump that we need to know to understand how compromised Trump is and what in fact he did do that might have gotten close to conspiracy and obstruction.

4) Barr is going to investigate the beginning of the Russiagate investigation just as Trump has wanted his personal AG to do for him. He dropped the “s” word, saying that there was “spying” into Trump’s campaign.  This caused the Fox News conspiracy theory ecosystem to light up with glee and dance around the bonfire where they burn books that contain facts.  Barr is siding with the conspiracy theorists’ views of the Russiagate investigation even though that was already looked at and debunked. Barr wants to go there again to please Trump, his boss.  This is a slap in the face of the men and women of the FBI.

5) Barr underscored the need to “build a wall”, parroting the Moby Dick-like obsession of his boss, Captain Ahab Trump, even though Barr must know that is not a true solution to the opioid crisis.

I wish our lawmakers had done a better job of cross examining Barr.  Mostly they failed to pin Barr down sufficiently.  Barr is an excellent snake, however.  He slithers away and acts like he is following the law and trying to do the reasonable thing, which he is not.  He knows how to play the game.  A good cross examiner would have been able to pin him down better but even a great cross examiner might not have scored many points.  Barr is that slick.

The one key thing that came out of the hearing is that Barr conceded that if Mueller is subpoenaed he could come to testify and bring his Report with him.  Barr thought that would be “unfortunate”.  If you had any lingering doubt about his role as Trump’s Roy Cohn, that should end your uncertainty.

And one more very telling comment Barr made was the response to the question asked by Senator Van Hollen: “Do you know whether Mueller supported your conclusion?”

Barr answered: “I do not know whether Mueller supported my conclusion.”

Hold the presses.  That means that Mueller DID NOT support his conclusion because if Mueller did support it, Barr would have said so using a megaphone from the top of the biggest, tallest building he could find to get the word out.  Mueller must be pretty pissed off to have Barr trying to smother his Report for the sake of protecting the Criminal in Chief.

Mueller himself is probably the last best hope to learn the Mueller Report findings sooner rather than later.  They will come out eventually but if the courts weigh in, it could take a long time.  Nancy Pelosi has said “I do not trust Barr.  I trust Mueller.”  I’m with Nancy Pelosi.  Mueller needs to be subpoenaed to come testify in an open hearing before the House Judiciary Committee.  He is the only one who knows it all and is trusted by both sides of the political divide.

What is going to happen now is that Barr will deliver a very redacted report, by the looks of it, and then Nadler will send subpoenas requesting the full unredacted report.  And then we will be into a tussle that the courts will eventually rule on about whether the House Judiciary Committee can have a full report without starting impeachment proceedings.  The Supreme Court will eventually weigh in.  It will all turn ultimately on Justice Roberts and whether he too has gone over to the dark side or is going to support the rule of law.

What the Republicans want more than anything is impeachment proceedings so that they can rally the base for 2020.  They are going to try to push for that by saying the Dems can have the Report but only if they commence an impeachment hearing.  The Dems do not want to go there, because there are not enough votes in the Senate to expel Trump.  If there is impeachment but no expulsion, Trump will be able to rally his base around his victimhood and the unfairness of it all and, as President Clinton did, could end up stronger than before and win a second term.

What is in the Mueller Report that it has become such a hot potato?!  It is becoming clearer that there must be explosive information in there whether or not Trump is charged with any crimes.  I think the Report will make clear that Trump was unpatriotic and treasonous even if the crime of conspiracy with the Russian GOVERNMENT could not be proven beyond a reasonable doubt.  It was the narrowness of that directive- proving that the Russian government was the co-conspirator, that I think will be found to be the problem.

One more nagging thought occurs to me.  I remember reading reports that certain key people who might have been valuable sources of information or witnesses on the Russian side of this investigation may have been killed early in the investigation.  Russia does that.  I cannot help wondering if that might have been why there was insufficient evidence of a conspiracy.

It also came out yesterday that the contents of the Report have probably already been shared with the White House by Bill Barr.  In other words, Trump got the goods before the Report was shared with Congress and the American people.  That was not denied by Barr, which leads me to conclude that the Report was in fact shared with Trump.  And notice that Trump is now tweeting in anger AGAIN about Mueller after a period of time in which he liked him (when he thought the Report would exonerate him).  I think we can conclude that Trump must know that there is bad stuff coming and getting even more unhinged.  Trump has a paranoid personality disorder which we have seen over and over again in his oddball fears and obsessive beliefs (Obama was born in Kenya.  They spied on me.  The deep state is out to get me.  And many more weirdo ideas.)  To work for Trump means you must buy in to Crazytown or be banished. Bill Barr joined.

We are in a fight for the soul of our country.  I hope people understand this. Even if you are taking a Trumpcation, I hope you will return to fight the fight that will decide the future of our country in 2020- the presidential election.  Two years of Trump has gotten us this horrible mess.  Can you imagine what another two years will do not to mention another six?