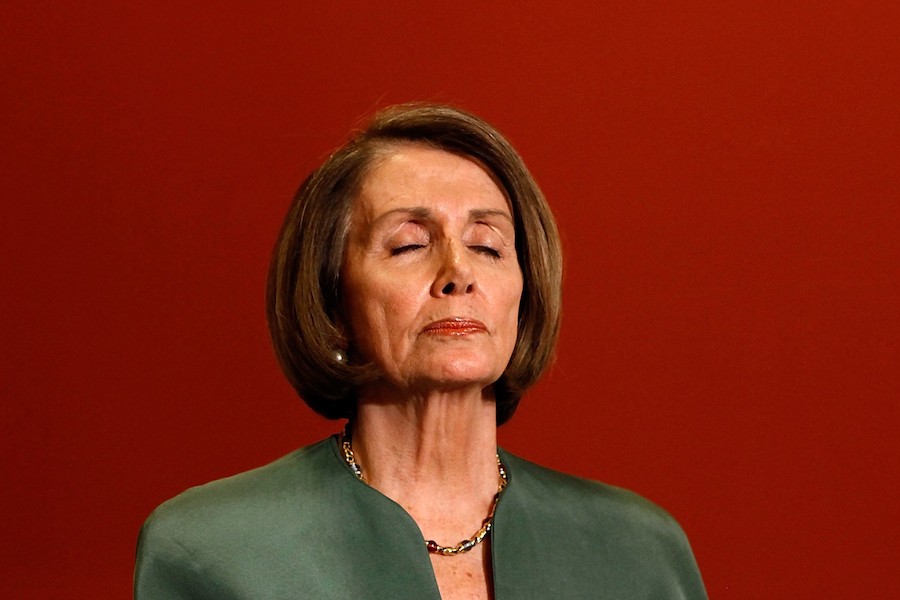 Our country is into a huge battle between a cover up to save Trump’s image and power vs the Truth.  Trump has to obstruct because the truth will damage him personally and financially and could send him to jail.  The House has to assert its power and protect the country and the Constitution.  This is a fight over a cover up vs the truth and the soul of our country is at stake.

The founding fathers never imagined such a criminal president, corrupt AG and administration and spineless Republican party that would all gang up to defy the oversight responsibilities of the House with the goal of keeping the truth about Trump from getting out to the American people.

Our democracy is based on rules and norms that have very little muscle to back them up.  If someone is immune to guilt and shame, failure to follow the rules has shockingly little consequence. Bill Barr was held in contempt of Congress on Wednesday but he is not likely to have to face any serious punishment for being in contempt of Congress.  If he were in a trial court and found in contempt of court he would go to jail.  But that probably will not happen to Barr since he is the head of the DOJ and he is not about to punish himself.  But there is no doubt he and others are in blatant defiance of the House requests for materials that the House is fully entitled to have.

For those of us who want more direct and severe repercussions for people who lie to us and keep the truth from coming out like Trump, Bill Barr and the Republican enablers, the remedies seem feeble and slow.  Court cases often move forward at a glacial pace, although in this situation courts will act more quickly because they understand how important a ruling will be.

The only real solution is going to be impeachment.  Once impeachment proceedings begin, the Dems will have the more fulsome power of the courts behind them because they are fulfilling a clearly Constitutionally mandated judicial/ legislative purpose that courts will support if the Trump administration continues to stonewall.  Which they will.  Courts will step up to help the Dems obtain the information they request of the administration and require the people they want to have to testify.

Pelosi, Nadler, Schiff and other House leaders understand that and are moving towards impeachment. They are making a case for it by exhausting all the other remedies and avenues so they cannot be faulted for rushing into impeachment.  They are also trying to gain the support of the American people as was done with Watergate.

The Dems are searching for new remedies.  Adam Schiff on MSNBC last night raised the idea of a new (old) remedy Congress could use which is the inherent power of contempt.  This would apparently allow the House to have a mini trial which could make document production happen more quickly.  The Dems are also going to use the power of the purse to fine and cut off funding to force compliance by the administration.  There is talk of the House being willing to jail those who do not comply.

Nancy Pelosi has been concerned in the past that impeachment would be politically bad for the Dems.  But she also knows that failing to stand up for the power of the House after being elected to rebuke Trump is even worse for the Dems and for the future of our country .  It would damage the power of the House because it would no longer be an equal partner in a system that must have three co-equal branches of government. Without the intelligence we need currently hidden in the redacted portions of the Mueller Report about the Russian attack on our election, our country will be vulnerable.  That is absolutely untenable.  Shame on the GOP for being complicit in this cover up.

Impeachment has become a moral imperative.

On Monday I attended an event where Nancy Pelosi was the keynote speaker.  The group of over 3,000 people filled two ballrooms in the Hilton Hotel in Chicago.  Pelosi had some important things to say that bear on this problem of whether to start impeachment proceedings.

Pelosi talked about how the “times have found us”.  She said that with Trump there is an “urgency to protect our democracy” that calls on us to get active and “know our purpose.”  She reiterated that the Dems cannot just win the presidential election in 2020.  We have to win big for the sake of our country’s future.  Trump has every incentive to try to stay in power even if he loses the election so that he can avoid indictments that are waiting for him once he leaves office.  If the election is close, he will contest every single race.  That means the American people must learn the truth about this man so they will rise up and vote him out of office in a landslide.

She also talked about the power of the people, saying “Our unity is our power”.  “Do what you can for the good of the nation.”  “Strive to be one nation.”  This message of unity should be one that will also compel Americans to rise up and support impeachment as well as vote Trump out.

“Know your power,” she said.

I think Pelosi knows her power and I think she will use it.

The House must get the truth to the American people through hearings that expose the contents of the Mueller report and other truths about Trump in a more visual and impactful way that cuts through the noise.  Most people have not read the Mueller Report and never will.  They are relying on filters like Fox News or CNN to interpret the contents.

If former Trump allies like McGahn, and Annie Donaldson, the aide to McGahn who took copious notes about what was happening in the room with Trump, and so many many others testify under oath in public, the truth about Trump will finally come out. Americans WILL watch TV and clips on YouTube.  If the truth finally comes out Trump will lose his standing with more of the electorate.  That is why Trump is going to the mat to fight these televised hearings.  He is actually terrified of impeachment, I think.

The truth damages Trump.  Over 700 former Assistant US Attorneys, many of them Republicans, have signed a letter that they are in agreement that based on the evidence in the Mueller Report, Trump would have been indicted on a number of felony obstruction counts were he not protected by the DOJ rule against indicting a sitting president.  This adds to the case that Trump is a criminal and Barr has purposely mischaracterized the Report and the law.

More truth is leaking out and finally catching up with Trump about his lies about his wealth.  The NYT has obtained ten years of his tax returns. Trump was a colossal business failure. He lost over a billion dollars in ten years.  He lost more money in his failed businesses than any other person in the entire United States!  He did not pay taxes for 8 out of 10 years while he pranced around pretending he was a billionaire and writing books about it.

In the past, when truthful exposures about Trump have gotten out into the public space, Trump’s approval numbers have fallen.  This will happen again.  But the truth needs to keep coming out in open Congressional hearings and in leaks from patriotic Americans.  Above all the Dems have to be the keepers of our democracy, stand for the truth, and stand for a unified America as they act on the oversight mission they were given by the voters who elected them in 2018.

Notice that Pelosi is now saying that Trump is “goading” the Dems into impeachment.  He is “self-impeaching” and “taunting”.  This is her way of signaling that she is edging closer to impeachment and will blame Trump for that.  By continuing to obstruct and by obstructing EVERYTHING without regard for what is being requested by the House, Trump and his administration are daring the Dems to impeach.  They are asking for it.

If the Dems use the right messaging the American people will be on their side.

Why could this be an effective approach?

Trump might think impeachment is good for him to rile up his base, but he is wrong about how much that will help him.  His base is already hard baked.  They will never leave him.  But Independents will.  Swing states and Independents are going to decide the outcome of the 2020 election.

I believe Pelosi and the Dems are getting closer to impeaching Trump and I think they fully understand how they could use hearings as a strategic weapon to damage and destroy Trump.  As the battle to obstruct continues, impeachment will become more and more of a moral imperative that cannot be avoided.