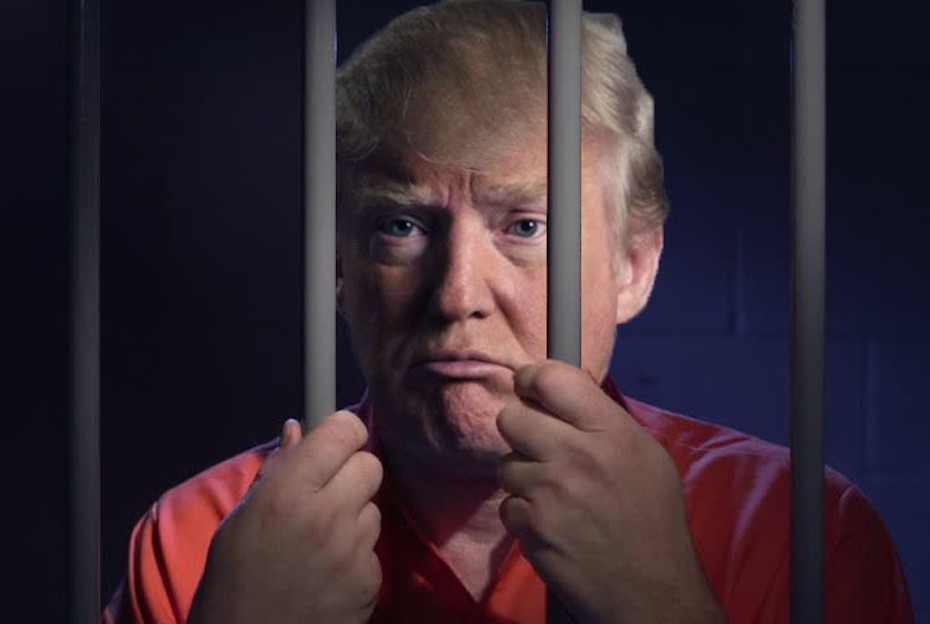 We Have the Last Piece of the Puzzle About Trump’s Intent.

If you had any lingering doubt about Trump’s criminal intent before, now you can rest assured that your hunch that Trump was and still is a criminal is grounded in reality.  He is.  A criminal.  And he just told us he will knowingly continue to violate the law in the future.

Robert Mueller told us about over 140 contacts, offers, and overtures that Russia made to the Trump campaign.  Mueller wrestled with himself about whether he could conclude that Trump and his campaign team CONSPIRED with the Russians.  It was too hard a lift, too hard for him to conclude there was the requisite intent. Collusion and coordination abounds and is documented in the Mueller Report.  But conspiracy? He wasn’t sure.  Evidence of intent is hard to pin down because it has to do with what is going on in someone’s mind.

Did Trump and his campaign team understand that it was illegal to take opposition research on Hillary Clinton from a foreign government that is our adversary or were they the gang that couldn’t shoot straight?  Did they know better or were they bumbling idiots?  The last piece of the puzzle was missing for Mueller.  Even though we know that the FBI DID WARN Trump’s campaign early on that the Russians were trying to engage with them and that that is illegal.  They WERE warned!  Even though the email to Trump Jr. promising dirt on Clinton was going to be dirt from the Russian GOVERNMENT.  Mueller did not think that was enough.

History will wonder why Mueller did not insist that Trump and Trump Jr. come in for an interview with him, forced by subpoena if necessary, to clear up the intent issue. Even if you think that it was Trump Jr. whose enthusiasm for dirt on Hillary was the clear indication of  willingness to violate the law, we all know that Trump, the candidate, and Trump, the person, is a control freak.  He had to have controlled everything and known everything that was going on in that campaign.  That is how he rolls.

But Mueller even backed off from saying “we cannot conclude that Trump’s campaign did not conspire with the Russian government”.  He said that about obstruction but not the conspiracy with the Russian government.  Why? Mueller probably concluded that since the OLC DOJ rule forbade him from indicting a sitting president and Mueller constrained himself  and is still constraining himself from even impugning a sitting president who could not defend himself in a court of law (Mueller apparently discounted Trump’s full-throated defense of himself all the time on Twitter) Mueller must therefore have concluded that it made no sense to push for the last pieces of the puzzle- 1) intent and 2) whether opposition research is a thing of value, and 3) whether the Russian GOVERNMENT was interacting with the Trump campaign- if an indictment would not be the outcome at least until Trump leaves office.

Well, now we have the intent piece of the puzzle.  Donald Trump just handed it to us on a silver platter.

Yesterday in an interview in the Oval Office with George Stephanopoulos of ABC news, Trump said he would be open to accepting information about his opponents from a foreign government.  Full stop. That is illegal.  That would be intentionally breaking the law.  Accepting anything of value (and, come on! opposition research IS incredibly valuable, Mr. Mueller!) from a foreign government violates our current campaign finance laws.  When Stephanopoulos asked about whether such an offer should be reported to the FBI, Trump said: naw, he wouldn’t necessarily alert the FBI. When reminded that the FBI director, Chris Wray, had said in May before a congressional committee that the FBI should be alerted by a campaign if a foreign government offered dirt on another candidate, Trump flatly rejected that saying, “He’s wrong”.

Listen up, Dems.  If you do not do something to stop Donald Trump from continuing to act outside the law, break the law, loudly proclaim that he will continue to break the law, defile the law and insist that he is above the law, the Trump era legacy will not only be a pox on the Republicans in the Senate, it will be a pox on both your houses!!

This is unacceptable.  Trump just plastered a big shiny “for sale” sign on his friggin’ forehead.  He is open for business.  Foreign governments take note: if you give Trump some good dirt on Joe Biden, or whoever is going to be his opponent in the race for president, he will take it and not report it to the authorities and you will get to own Trump after that because he will want to keep it secret, and you will have power over him.

Clearly Trump will lie, cheat and steal the next election if he can.  This is beyond NOT OKAY.  This is a fundamental threat to our democracy.  Not existential.  Not speculative.  Immediate.  A clear and present danger. Trump is inviting hostile foreign powers to do it again in 2020 to help him win.  The man is a national security threat.

Trump is wagering that the Dems will play by the rules and abide by the law.  Because, think about it… China hates Trump and they might just want to give Joe Biden or Kamala Harris or Bernie Sanders dirt on Trump to use against him.  But the Dems will do the right thing and report it.  Trump thinks that’s stupid.  That’s being a rube.  As Trump said to Stephanopoulos, like the mob boss he is, “Give me a break. Life doesn’t work that way.”

Well, give ME a break, buddy boy.  You need to be impeached!   That’s how the world SHOULD work.  And the Dems need to pull the trigger and do it faster.  It’s ok to have hearings, but if you can move things along faster and get the American people to pay attention by having IMPEACHMENT hearings, then you need to do that.  Because this is TOTALLY UNACCEPTABLE.

Dems!!! Do the right thing!!   We have the last puzzle piece.  #Trumpsacriminal.  Do your job!!

And if you agree with this assessment, call your lawmakers and tell them it’s time for impeachment hearings!!