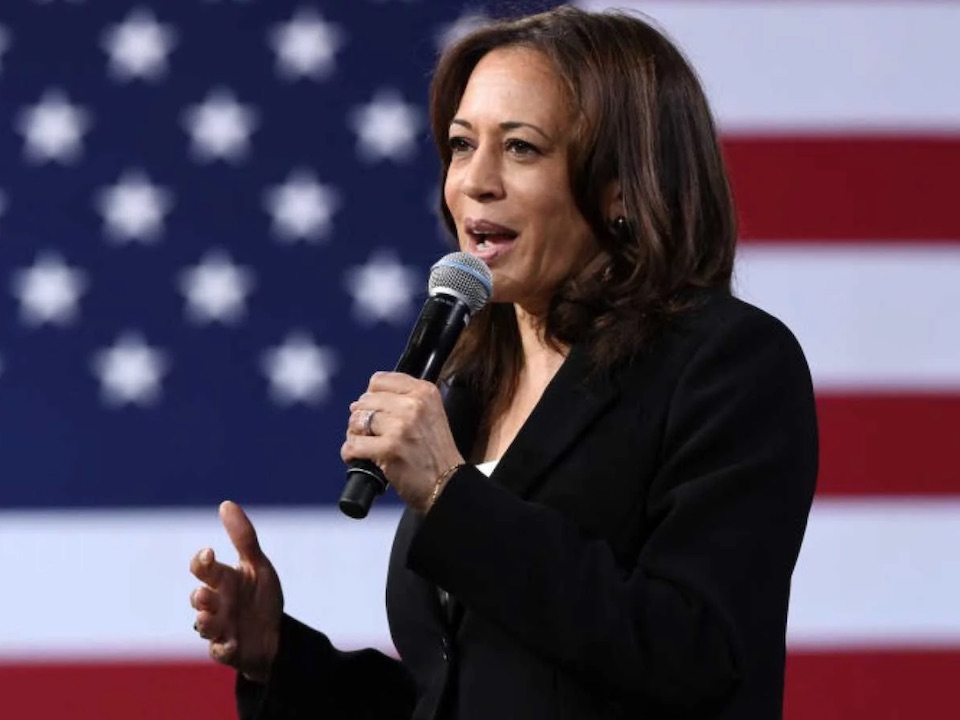 1) Who can beat Trump in head to head combat?

2) Who can win in the seven key swing states that we need if we are going to take back the presidency: Wisconsin, Michigan, Pennsylvania, Georgia, Arizona, Florida, and North Carolina?

We already know that Trump is going to go to war with whoever the Democratic nominee may be, which will include Twitter feed assaults, debate stunts like when he stalked Hillary on stage, looming over her like a menacing predator, brought Bill Clinton’s alleged rape victims to the debate as his guests to sit in the audience and rattle Hillary, assaults by the right wing, Trump’s minions on Fox, social media lies and deep fake videos, not to mention Russian help.  Brace yourself.  This will be the most sickening and friggin’ disgusting campaign EVER.

Our Democratic nominee better know how to fight.

In my mind I imagined each of the candidates we saw in the debates fighting mano a mano against Trump in the public space.  The clear winner was Kamala Harris.  She has the presence, the power, the smarts, the compassion, the authenticity and the moral courage to go after Trump and not be beaten back by him.

We saw the preview of her skill with her attack on Biden.  She went after Biden’s strength- his civil rights bona fides. She bested him in an exchange about his  stance on busing, calling him out about leaving that decision up to the states instead of standing up for a uniform federal policy that would help to right the wrongs of unequal treatment of blacks resulting from unequal education.  Busing was a remedy that helped to right the wrong and Harris benefited.  She poignantly created that image of herself as a young girl who was bused to a better school.  She was masterful.  She could take on Trump.

I imagined the fight between Trump and Warren too.  Elizabeth Warren could hold her own as well but that fight would be more like a puppy barking and nipping at the burglar in the house while the burglar kicks the dog over and over again with his heavy boots.  Warren would fight him with numbers and plans and be very insistent. Trump would assault her with fear mongering and misogynistic comments.  Warren might or might not be convincing to the electorate because she is a professorial kind of person fighting back with numbers and plans.  But one thing is certain.  She has convinced many Americans that she is really on their side and wants to make their lives better.  That’s why her favorables keep going up and up in the polls.

I imagined Mayor Pete fighting Trump.  That image was more like an intrepid soldier in battle carrying a shield and being assaulted with rockets and lobbed grenades of mockery and demonizing by Trump for being gay, too naive, a smarty pants, and not handling the police shooting in South Bend well.  Mayor Pete would fight back with shade which is a pretty good weapon, but he might need more, as he tries to explain his policy ideas while ducking behind the shield as Trump shoots to kill him.

I imagined Joe Biden against Trump.  That image was like your beloved grandpa getting beat up by a gang of punks in the back alley.  The big bully knocks him down, grabs his cane and pummels him with it.  I got worried about Joe.  He seemed tired and a step too late in his debate performance.  There seem to be word finding problems going on.  But maybe he can pick up his game.

I imagined the fight between Bernie and Trump.  That brought to mind two grumpy old geezers mud wrestling, sloshing around, trying to poke each others eyes out, pounding, yelling and flinging slops at each other.  Okay, that was not particularly inspirational.

Kamala Harris, on the other hand, brought to mind Wonder Woman fighting against Lex Luthor to free Metropolis from corruption and evil.  She came across as fully armed, locked and loaded with the verbal and strategic weapons needed to take on the Joker in the White House.  I think she could be inspirational as well as a fighter.

Maybe I am partial to her because I was a prosecutor too.  I could see how she prosecuted her case last night.  Biden was the target of her hit, but he should have been ready to punch back a lot better.  (What happened to his prep team?)  He seemed unprepared and unready.  Harris, on the other hand, had planned her ambush and executed it well.  That kind of savvy will be valuable in hand to hand combat with Trump.

Our country needs an energetic fighter to get us out of the mess we are in.  We have to have a real leader, not a half-hearted one.  We need someone with tremendous energy and drive and the verbal and strategic arsenal that will be essential to right the current wrecked ship of state. So much damage has been done!

I like what Harris has in her toolbox.  I think she understands stagecraft because you need to understand that to prosecute a case well.  And she understands the way Trump thinks: Trump thinks like a criminal because he is a criminal.   Harris, like all good prosecutors, has had to learn about the way criminals think and act in order to prosecute a case against them effectively.  She also knows that messaging matters in front of a jury, which is a microcosm of the larger electorate.  She knows how to make her case and not back down because that is what you have to do in court to win.  In short, I came away after two nights of debate thinking that Kamala Harris could be the right gladiator.  But it is early.  That idea is subject to change.  And she has work to do.

That’s where we get to the second point- which is that the candidate will have to convince voters in the key swing states to get off their couches and go vote for him or her.  Would they do that for Kamala Harris?  Would older white women and blue collar men believe Kamala Harris cares about them?  Right now Biden has a edge when it comes to that assumption.  Tim Ryan of Ohio does too.

If Harris is the nominee, she will need to find a way to extend her appeal to some of the centrist blue collar electorate,  She will need to go beyond the black community, suburban women and Millennials who will be naturally drawn to her. That may require overcoming major prejudices in our country that may be baked in the cake: deeply held prejudice against blacks, against women, against coastal elites and smart people.  She will need to address the worries that many fearful white Americans harbor about people of color taking over and changing their world for the worst against a backdrop of Trump’s incessant fear-mongering which he will blast out daily on his Twitterfeed like tornado warnings from the local weather alert system during an approaching storm.

If Harris is the nominee, winning the election will come down to whether enough of the American electorate is able and willing to imagine this remarkably capable, smart, caring and strong biracial woman, as their standard bearer in the White House.

I would hope we are more evolved as a country than we seem to be with Trump at the helm.  He has brought out the worst in us.  We need a leader who is not only strong and capable with the right ethics and progressive values but a leader who can bring out the best in us.   I think Kamala could be that person.

If she is not the nominee, I will be totally all in on whoever the nominee is.  All of these candidates in these two debate nights were good, ethical, smart people.  Any one of them would be far far better on their worst day than Trump is on his best day.  No matter who is the nominee, if we win back the White House these candidates could also be the people who would be in the cabinet and run our country.  We need them all.