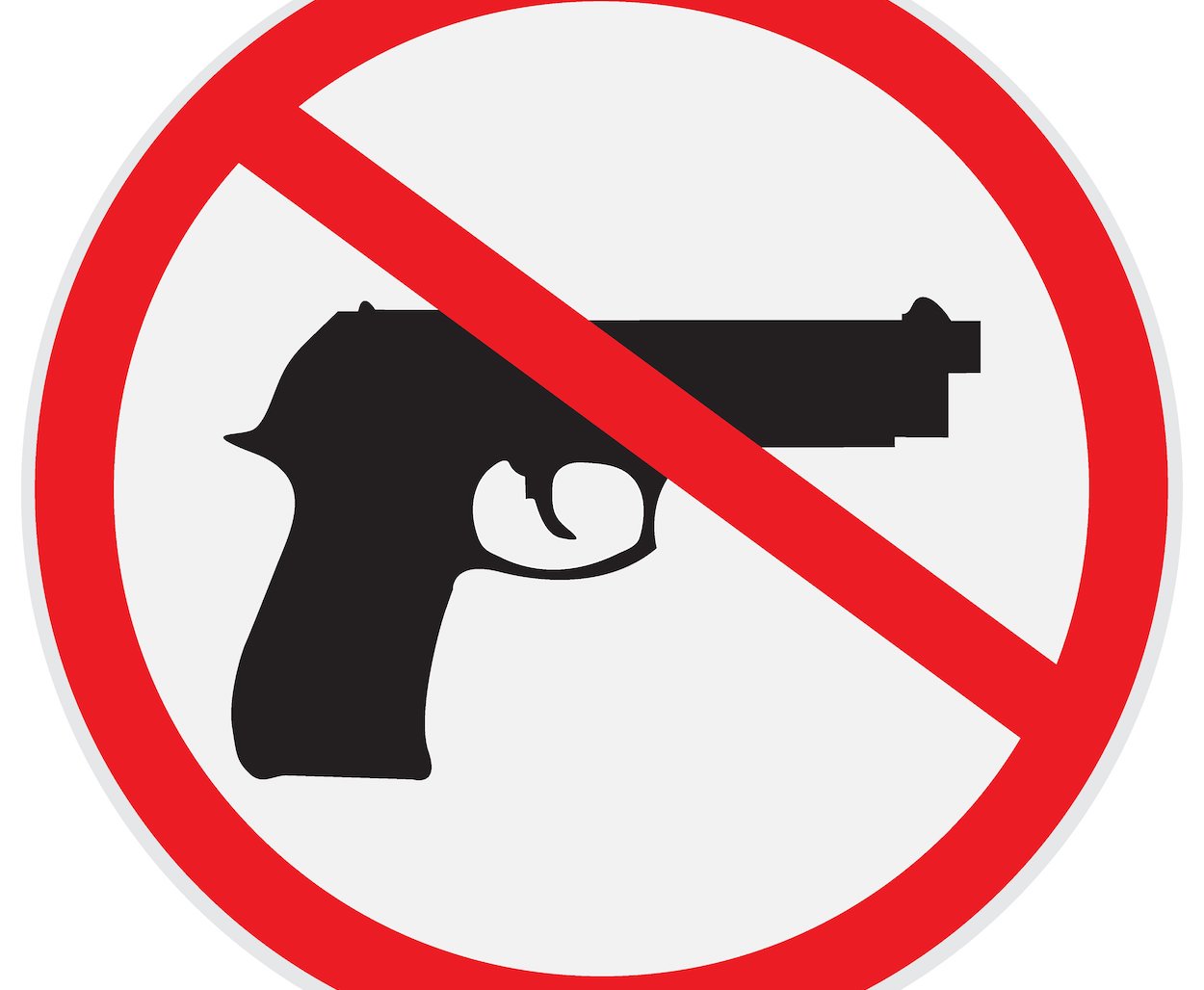 Our country is under seige from an epidemic of gun violence and mass shootings.  34 people die every day from murder, suicide and accidental shootings.  I don’t need to tell you that we just had three mass shootings in the past month: El Paso, Dayton and the Texas gunman who went on a shooting spree in Odessa, Texas, after being fired from his job.  That we can have this level of gun violence in our country and not put the dots together and draw a line between the gun violence and the number of guns we have in this country (more than one gun for every single American) easily accessible to angry and violent people, is a testament to the power of the NRA, the gun lobby.  They try outlast public anger after every mass shooting event by using the “hearts and prayers” approach, followed by the “it’s too soon to talk about it yet” approach, followed by “it’s crazy people not guns”, followed by NOTHING.  Nada.  Nothing at all.

This is not what the American people want.

Here is what Americans want:  89% want expanded background checks, 76% want red flag laws, 75% want a buy back program, 62% want a ban on assault weapons.  A majority of gun owners are in favor of universal background checks.  They favor making it harder for people to buy guns and limiting sales of ARs ans AKs from private sellers to evade regulations.  The NRA does not represent the will of its own membership when it comes to gun regulation.  The NRA represents the will of gun manufacturers.

All of the Democratic presidential candidates are addressing the issue.  Biden, Harris and O’Rourke are speaking out on the campaign trail.  Biden said that Trump has no fortitude to deal with guns.  He called it a “disgrace”.  Biden says “no compromise” with Republicans.  None at all.  We have to push and push and push, he says.  O’Rourke favors a buy back program for assault weapons.

One thing we know for sure is that Trump will continue to do nothing.  Or pretend to do something and do nothing.  He is controlled by the NRA.  They paid him 30 million dollars when he ran for president. You hear him talk about federal changes to gun laws, background checks and legislation to deal with mentally ill shooters only to walk back even those limited ideas time and time again.

There are two simple reasons for this hesitancy on his part to do the right thing in the face of this epidemic.  He is being told by the NRA that he could lose voters he needs to win re-election in places like Texas and the NRA is also one of his biggest donors.  Wayne La Pierre speaks to Trump and Trump obeys.  The NRA is certain to give him money for his re-election bid for 2020 as long as he does their bidding.  Trump is in their pocket.  The truth is that Trump knows he CANNOT do anything to shore up our gun laws if he hopes to win in 2020.  And since Mitch McConnell will not do anything unless Trump wants it, it is unlikely that our federal laws will change in any way appreciable way even after these horrific mass shootings and the will of the American people who want sensible gun regulations.

The House should go ahead and pass legislation, to put pressure on the Senate and make the point very clear that the Republicans are opposed to reasonable gun control legislation.

Since 1994 there has been no federal level action on gun control.  That’s 25 years of failure to take action on common sense gun laws.  On the federal level there have been only three instances in the past where gun laws have been strengthened:  1968, 1973, and 1994.  In each instance there was unitary government with Democrats in leadership in the House, Senate and White House.  Shannon Watts of Everytown gets on TV after every mass shooting these days.  She is getting more and more articulate and convincing about what we need to do to fix this problem.  Her efforts and those of the Parkland students and Moms Demand and Gabby Giffords and other groups are creating a sea change in politics that resulted in a number of lawmakers being elected in 2018 based on their opposition to the NRA.   Many lawmakers won in 2018 in large part because they got flunking grades from the NRA.  Anti-gun groups outspent the NRA in 2018.

New groups are speaking out.  Moms are mad.  They are sick of sending their terrified children to school where they have to have shooter drills and learn to dive under their desks to seek cover from a potential madman with a gun.  They are sick of buying bullet-proof backpacks for their children.  High school kids are speaking up and talking with their fathers and grandfathers to tell them they can be hunters and still have gun regulation that protects all Americans.  The Parkland students have been influential as have other students across the country. And it matters that Walmart stepped up to stop selling ammunition and to tell gun owners not to come into their stores with their weapons. Walmart has been joined now by other large retail chain stores including CVS, Kroger,and Wegmans.  All of them ask customers not to openly carry weapons into the store.  These retail giants and others are responding to the needs of the American people and are rejecting the NRA narrative of the good guy with a gun being the answer to mass shootings.  When these sorts of grassroots and corporate movements take hold changes can happen in the political world. Not with most Republican lawmakers yet, unfortunately.  Some Republican governors are stepping up, it’s true, but most Republicans in Congress made a deal with the NRA and are keeping it.

Right now the NRA is the weakest it has been in recent history.  It has lost membership.  Numerous board members are leaving although Wayne La Pierre continues to run the NRA.  The NRA is also under investigation by the New York Attorney General’s Office for violations of its nonprofit status and it might be stripped of that designation.  The NRA is under scrutiny for potential misuse of funds and internal corruption.

In 2019 and 2020 Americans CAN move the needle: retail giants, moms, kids, hunters who care about their kids and grandkids.  If we want to change the politics of gun control legislation we have to make the GOP pay for supporting the NRA.  Politicians who support the NRA need to be defeated at the ballot box.  The answer to this impasse is the ballot box.  If you care about federal legislation to curb gun violence then vote for candidates up and down the ballot after checking to be sure the candidates you are voting for are flunking their NRA ratings.