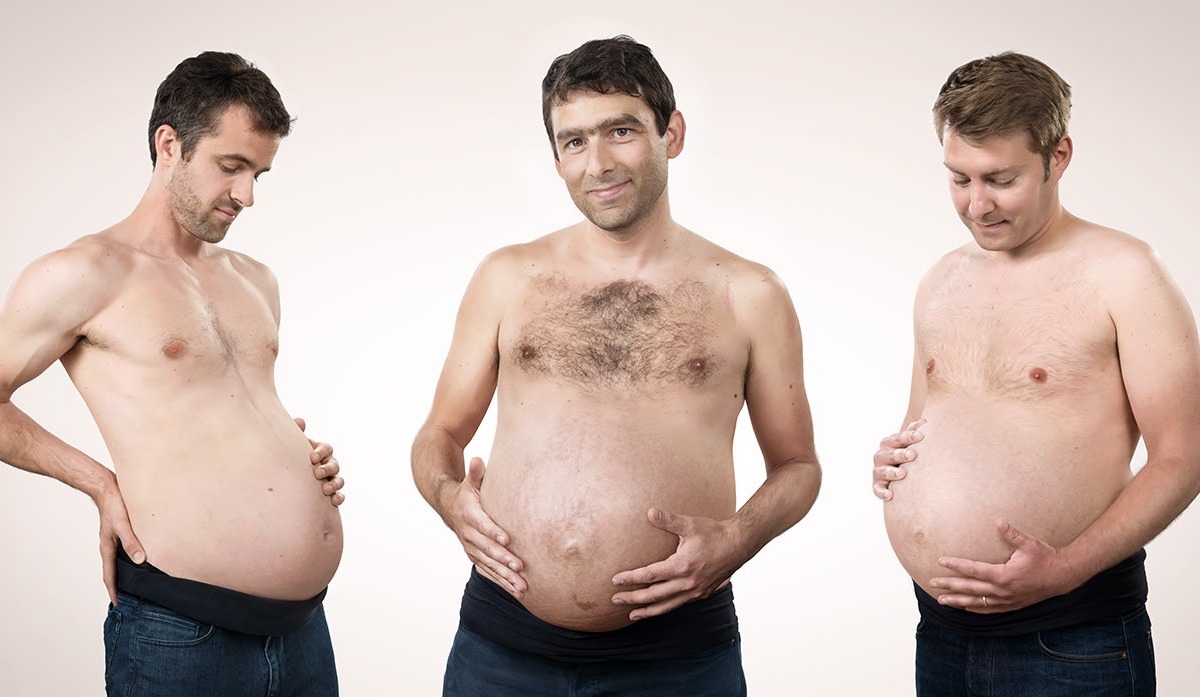 If Men Got Pregnant, Abortion Would be Legal.

Pretend for a minute.  What if men got pregnant too?   Imagine that.  If men got pregnant, Roe v Wade would not be challenged.  There would be no battle over whether men could opt for abortion because of course they could!  Of course they would have the right to control their own bodies!  No one would force a man by law to carry a fetus to term against his free will.

Imagine for a minute if we took the argument of the rights of unborn to its logical extreme.  If every unborn has greater rights than the living, then we should have laws preventing men from squandering lives by jerking off and casting away sperm that could have created  human beings.  What if men were arrested for killing off all those potential children from being born?  Absurd?  Not really.  When is a fetus a fetus with rights?  Should sperm have rights too?

The battle over reproductive rights is getting more heated with this president who needs to please Evangelicals so they will vote for him in 2020, even though the majority of Americans (77%) are in favor of a right to abortion.  Planned Parenthood just decided to reject federal funding because of the so called “gag rule”, a federal restriction that would prevent abortion referrals as part of Planned Parenthood’s comprehensive counseling services.

But this is not about unborn children.  Not really.  People who say that a woman MUST have a child once she is impregnated claim they care about the fetuses and babies.  But if that were true then those same people would care about the life of the child once that child was born.  There is no interest in providing economic support for an unwed mother with limited job prospects and stunted financial capacity if she has not finished her education because she had to carry to term.  There is no interest in providing a social safety net to help the child once the child is born.  If you are going to force young women to give birth when they are not ready to make a living and provide for their children, you would think that the least a government could do would be to help the child by providing a social safety net of support.  But, no, that is not the thinking.  Why?  Because this is really a battle about self-determination, free will, and power.

Life, liberty and the pursuit of happiness.  Do liberty and self-determination rights apply to women, or only men?

This abortion fight is about free will, not unborn children.

Women, even young women, make decisions about themselves and their futures every day.  They should be trusted to make decisions about their own bodies and emotional readiness with the help of their doctor and other significant people in their lives, if need be.  The decision to go through nine months of pregnancy, a delivery, raising a child or using adoption, all of this is emotionally perilous and can be physically perilous and calls for a woman to be really ready to make these momentous decisions that will affect her for the rest of her life.  If a young woman is not ready for that journey, she should not be forced into it by government intervention, imposing a blanket law applied to every woman instead of a personal decision.

There is a relatively simple way to end an unwanted pregnancy.  Mifepristone is one of two medications that can end early unwanted pregnancies.  It is extremely safe and easy to use.  It has been shown to work for pregnancies under 9 weeks, but it is even effective for later term pregnancies.  It was approved by the FDA in 2000.  Since then more than 3.7 million women have used it to end their early pregnancies.  It is 97% effective.  The side effects are mild cramping or abdominal pain as a woman might have with a normal period.  Pills can be readily obtained over the Internet.  The pills can be taken at home without any need for clinic visits or procedures.  Or parental notification.  Or an invasive vaginal exam by a gynecologist.  Or any interface with angry anti-choice protesters outside abortion clinics.  Even the problem of growing Catholic control over many hospitals is sidestepped when you don’t have to set foot in a hospital or clinic for an abortion.  All those barriers go away when women have access to pills over the Internet that are safe and effective and can help them plan their families and lives. But right wing groups are working hard to criminalize the use of these pills.

If the Supreme Court places severe limitations on a woman’s right to make her own reproductive decisions, it is likely that more women will turn to pills they can access on the Internet to induce abortion if they have an unwanted pregnancy.  Could abortion induced by pill be the easy way out of the vicious culture war that is threatening to overturn Roe v Wade in the Supreme Court?

Not unless our laws support a woman’s fundamental right to make decisions about herself, her body and her future.

Women in Northern Ireland provide an important lesson for us.

For decades, women in Northern Ireland — even victims of rape and incest, or in cases where fetal abnormalities mean the fetus will not survive outside the womb — have had either to carry the pregnancy to term or travel outside the region for a termination. The police have raided houses and workplaces in search of abortion pills, and anyone caught procuring an abortion in Northern Ireland can face life imprisonment.

The way the law is enforced has also contributed to the trauma of women seeking to end an unwanted pregnancy. Several women have been prosecuted after police officers raided their homes or workplaces and found pills, including a mother who had helped her 15-year-old daughter order them. www.nytimes.com/2019/08/10/world/europe/abortion-northern-ireland-roe.html

In the United States, we are already witnessing a crackdown on providers of online abortion medication.  https://www.damemagazine.com/2019/06/12/the-right-wing-war-on-medication-abortion/ Two Internet providers have been enjoined from distributing the pills based on the alleged concerns of right-wing groups that claim the pills are not safe, being used by sex-traffickers or violate the law.  The pills are safe despite what these anti-choice groups allege.

The fight for reproductive rights is heating up across the country even in states like Illinois that have passed legislation protecting a woman’s right to choose.  No sooner was the Reproductive Health Act signed into law by Governor Pritzker than the right-wing wrote up legislation to take it down.  With a majority of Americans in favor of Roe v Wade, the fight to maintain a woman’s right to make decisions about her own health and her own body are long from over.

Too bad men don’t get pregnant too.  If they did, abortion would be an undisputed right in our country.