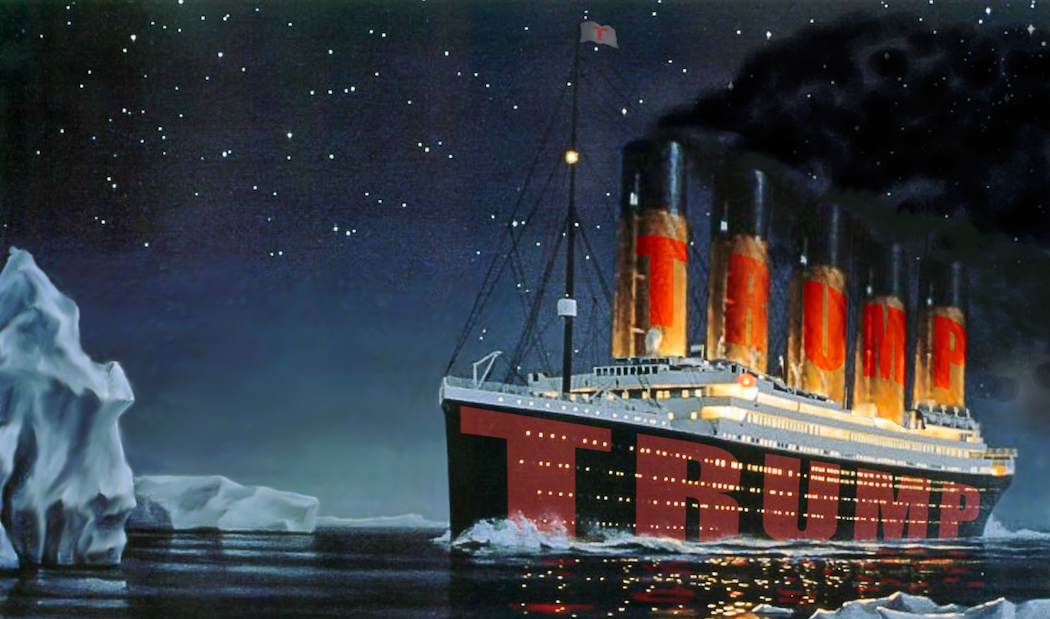 Earlier in his administration Trump narrowly escaped the fate he now faces in earnest- impeachment for abuse of power and violation of his oath of office.  He escaped impeachment early in his presidency because Don McGahn and other adults in the room kept him relatively safe. They kept him from committing impeachable or criminal offences and acted as his guardrails.  Over time, however, all of those Trump whisperers and minders were dismissed by Trump because he cannot stand to be minded.  Trump’s hubris, his narcissism, and the fact that throughout his life he has never had to face consequences other than monetary fines for his actions even when his actions crossed the legal, moral or ethical lines, all of that helped to embolden him to believe he was invincible, untouchable, brilliant, and unrestrained.  He has surrounded himself with “yes” men and sycophants who did not counter his natural tendency to criminal activity and conspiracy-infused thinking.  Impeachment is the result.

This abuse of power we have learned about in Ukrainegate is probably only the tip of the iceberg of the actions Trump has been taking since becoming president to promote his own personal interests over the interests of our country.  He has most likely used his vast power as president to coerce and shakedown other world leaders to gain personal advantage and satisfy his own needs and wishes, without regard to those of the United States.

Rudy Guiliani, Bill Barr, Mnuchin, Pompeo and many others in his inner circle and in the White House are getting caught up in the morass and could face penalties, prosecution and the lawyers could face potential disbarment for their actions.  Trump has implicated Mike Pence in this whole mess, telling the press to investigate Pence’s conversations with Zelensky.  More is coming.

What have we learned so far?

The whistle-blower’s complaint has been released to the public with few redactions.  The public can now read  for themselves what this president was doing in his pressure campaign to shake down or extort the Ukrainian president to manufacture dirt on his most feared political opponent for 2020 (Joe Biden). It is clear to anyone who is not naive that if Zelensky hoped to get the money and missiles already appropriated by congress to help him protect his country from Russian aggression, Trump expected him to “play ball” and give Trump the “favor” he was requesting, namely, to manufacture dirt and re-open an already closed case to damage Joe Biden.   It is clear from the read out that Zelensky was trying to walk a tightrope, desperate to have the money to keep his country from falling under the control of the Russians who have been and are still waging war in the eastern part of Ukraine, he placated Trump and told him that he agreed to re-open the closed investigation into Biden’s son, Hunter.  That was done to appease Trump and get the missiles and aid his country had to have.

It is remarkable that Trump’s own White House released the damning transcript of this conversation. If they thought this would end the firestorm, they were sorely mistaken.  It may be that this release of the summary of the conversation Trump had with Zelensky was their attempt to get ahead of the story that is both shocking but also tragically predictable, given the behavior and comments of this president over the past three years.  Trump and his syncophants will try to pretend that what Trump has done is a nothingburger.

No one should be surprised that Trump was using mob boss tactics to shake down Zelensky.  No one who has read Good Fellows or watched The Godfather should be baffled about what Trump was up to.  Trump employed standard mob boss tactics in his coercion of Zelensky.  You would have to be hopelessly naive to think what Trump is doing is not a shakedown of a desperate foreign leader trying to help his country stay independent in the face of Russian aggression.

White House aides understood the danger Trump faced after having this conversation.  We know that because they scurried to hide the evidence in a special “safe place” where only the most highly classified coded documents are supposed to be kept.  They improperly classified these conversations to protect Trump by getting the evidence into that lock box.  We also know there are other transcripts or documents secreted in that cache that have been put there to protect Trump from being found out for other likely violations of law or abuses of power.  This is evidence of consciousness of guilt, of guilty knowledge, on the part of White House aides.  They need to lawyer up.

This administration is going to go down like the Titanic after hitting the iceberg.

Republicans on the Hill who already secretly despise Trump will soon have a choice to make.  Articles of Impeachment from the House are coming.  And fast.  There are already 225 lawmakers in the House who have indicated readiness to vote for Articles of Impeachment assuming the evidence we are hearing about is verified.  Then the matter will go to the Senate for a trial presided over by Justice John Roberts, perhaps as soon as December.  There will come a time when Senators will be called on one by one to vote to convict this president or not.

When that roll call vote takes place, Republicans will have the last chance, if they want it, to rid themselves of a tragically unfit man who has the GOP in a headlock, forcing their allegiance with his vicious tweeting and abusive domination of their party.  Many Republicans hate this guy.  In secret.  They say this to Democrats and reporters behind closed doors and off the record.  Over 14 House Republicans are not going to run for office again because they know their chances of being in the majority are hopeless given the way Trump behaves: his trade war policies, his inability to work with other allies, his lying, his inability to cobble together agreements, the tax cut that helped the rich.  Now, with impeachment looming, the fate of the GOP is more precarious.  Some Republicans may be farsighted enough to see what is coming.

There are already some cracks in the Republican armor.  Ben Sasse, who is up for re-election, has “expressed concern”.  He matters more than Mitt Romney, who has also “expressed concern”, because Romney has his own solid base of support.  Will Hurd is also concerned but he is retiring from the House unlike Sasse who needs the Trump base to re-elect him.  Already some 30 Republicans have whispered to reporters that if the vote to convict were secret, they would vote to convict Trump now.  What will it take for that number to grow?  What will it take for the Senate to flip on Trump altogether and keep the  GOP from being sucked under as Trump goes down?

Ironically, the GOP will have a last chance to save themselves thanks to the Democrats. If they do not vote to convict him, Trump will nevertheless bring down the Republican Party along with him because he will be mortally wounded politically by the coming storm of information about his abuse of power and the way he sold out America for his own personal gain.  If Republicans do not act to separate themselves from Trump, the GOP will be sucked down under with the Trumptanic.