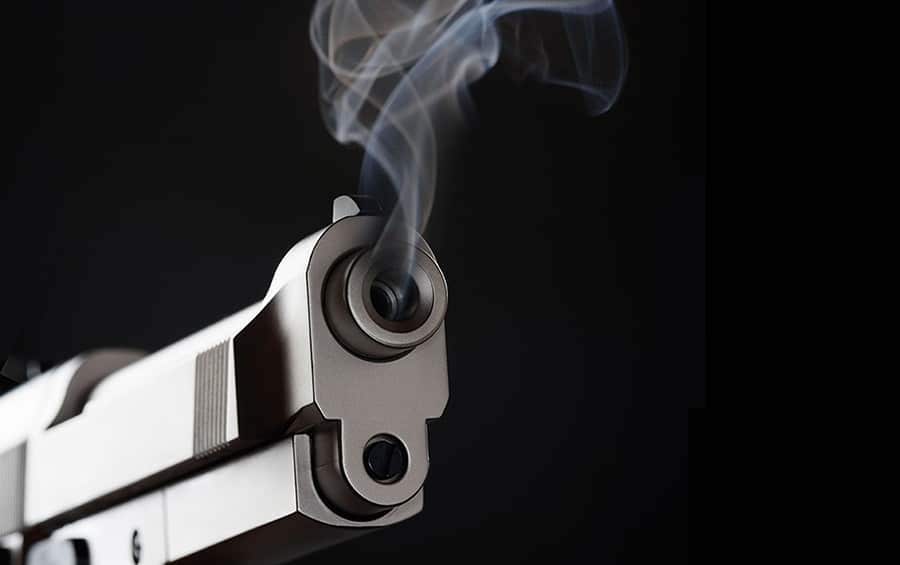 It is a rare and wonderful thing when a criminal provides his own smoking gun.  As a former prosecutor I was delighted if I had an incriminating tape to play for the judge or jury with the defendant implicating himself in his own words. The best incriminating tape I ever had was a judge of elections who committed vote fraud and bragged to our undercover agent, who was wearing a wire, about how he had put one over on the election protection teams that came to inspect his polling place to be sure there was no vote fraud going on.  The election judge thought it was hilarious that he had gotten away with his clever vote fraud scheme in plain sight under the noses of the election protection team that came and went from the polling place.  He was taped talking about how he put the scheme together and carried it out.  That provided us a roadmap for his prosecution.

Incriminating evidence like that is hard to come by.   So, it is both remarkable and delightful that Trump has provided the smoking gun for his impeachment.

The whistleblower has become Trump’s worst nightmare. He or she is someone Trump cannot effectively attack since this person,  unlike Trump’s usual foils, is a ghost, a nameless faceless accuser.  This “ghost”not only had his or her own first hand information but also faithfully compiled information from others inside the White House reported to him or her from concerned people who were very worried about what they were witnessing.  These people who ratted Trump out were on Trump’s own team, mind you.  Fearful of being implicated themselves and/or aware of the gravity of the abuse of power they were witnessing by Trump, aides reached out and contacted this whistleblower to alert him (or her) to the offenses they were seeing and hearing as Trump pursued his version of Moby Dick’s Captain Ahab, obsessed about the “white whale”.  Trump will go down the way Captain Ahab went down. His obsession about defeating Biden in 2020 will be his ruin.

What the whistleblower did next was to write up the information in a short but compelling complaint that essentially shot part of the cover off of a code-protected lock box server.  The incriminating transcript had been improperly reclassified  and secreted away in that code-protected server.  But once the whistleblower made people aware of what was going on, Trump’s damning conversation was no longer a secret. Now that the transcript was revealed to exist, Trump’s team had to make a decision about whether to try to stonewall or release the transcript.  They decided to release it.  They thought they could control the fallout using aggressive messaging.

Trump himself insisted on the release of the transcript, portraying it as a “perfect” conversation with another head of state.  He was cavalier about his ability to convince everyone that this was a nothingburger.  Others were not so sure this was the right course of action.  But Trump prevailed because, of course, he knows best about everything.  That’s called hubris. The read out was released to the public by the White House.

Thank you so much.  That read out is the smoking gun for your impeachment.

Now we can all read for ourselves how Trump shockingly engaged in impeachable offenses.  In that transcript from the White House we are “in the room” as Trump engages in mafia mob boss innuendo style arm twisting of the poor president of Ukraine, desperate for some 400 million dollars of military aid that has already been approved by Congress to help Ukraine fight an ongoing war against Russia for the survival of this fledgling democracy.

In the White House’s own transcript read out, Trump repeatedly goes after his “white whale” asking Zelensky for the favor he is obsessively pursuing- help him out by opening up an investigation into the Bidens.  That way he can claim that Joe Biden is under investigation in Ukraine. Trump wants this investigation opened so that he can use the same playbook he used to beat Hillary Clinton in 2016 when he obsessively went on and on about what might have been in Clinton’s 30,000 missing emails and the mainstream media helped him to amplify that false narrative.  Obviously Trump wants to be able to insinuate that Biden and his son are crooked.

This time the playbook is not working so well for Trump.  The mainstream media knows his playbook now and everyone in the world knows he lies (12,000 and counting).  This time the mainstream media is not likely to willingly amplify his message. This weekend, as Trump sycophants made the rounds of the Sunday talk shows, they got serious push back on shows like 60 Minutes and even from Chris Wallace on Trump-friendly Fox News.

Americans can understand what Trump was up to with Zelensky.  Americans have watched The Untouchables, Godfather and Goodfellas.  Even now, after only a few days without any further evidence than what the White House provided and what is written in the whistleblower complaint, Americans are shifting their opinion in favor of the impeachment inquiry, including more Republicans and Independents.  Overall 55% approve 45% disapprove (CBS poll).  Compare that to prior polls before the call was revealed in which only 40% approved of an impeachment inquiry.  There has been about a 10 point shift in just two weeks, but it also depends on whether the poll is measuring support for the inquiry or the impeachment and removal.  It is fair to say that Americans are opening their minds to the idea that impeachment is necessary, which follows Pelosi’s talking points.

Nancy Pelosi and Adam Schiff have been managing the messaging and timing very well.  They are emphasizing that this impeachment inquiry is not something they relish.  The president has given them no choice.  This is about our national security.  Pelosi made her stance against impeachment clear for months by resisting and resisting the requests for impeachment from the Democratic Party’s left-wing base.  Her willingness to move forward on impeachment now is far more convincing because of that stance she took.

There is a profound Shakespearian lesson emerging from this tragic and imploding presidency.  Trump is an example of the way hubris and obsession can eventually bring you and your close allies down with you.  The only way Trump’s White House could have thought that releasing the read out of the damning conversation Trump had with Zelensky would end the building firestorm swirling around Trump, was that Trump and his team had come to believe that he was truly, magically above the law and whatever he did could be messaged away by his Twitterfeed and sycophants. That arrogant idea will be tested now.

On its face the White House read out is as incriminating as the tape from my agent who wore a wire.  The read out corroborates the whistleblower complaint.  Together they expose Trump to impeachment in three important ways nicely summarized by Benjamin Wittes of Lawfare:

(and possibly Biden himself.)

What will happen next is that the House Intelligence Committee, led by Adam Schiff, will will subpoena people who try to stonewall them.  They will start with document demands because those are not subject to claims of executive privilege. Rudy Guiliani already got his subpoena for documents.  Depositions are being scheduled and we will watch the administration add to the articles of impeachment by stonewalling Congress as Pompeo is doing.  William Barr, White House aides, State Department officials including Pompeo, and a host of others are rapidly getting caught up in this fast moving train wreck.

The reason this White House is unable to come up with a consistent message to push out on the Sunday talk shows is that this time there is no spin that will effectively counter these facts.  Trump is the actor who committed the documented impeachable offenses. This time, try as he might, he will not be able to blame other people like Michael Cohen, or the Dems, for what HE DID and SAID in the transcript HE released.  This time, unlike the Mueller Report, the information is easy to understand and should be verifiable because the information comes from worried people on Trump’s own team who want to have a career after this administration ends.

We are also just now learning that Trump has been sending his emissaries (Bill Barr, Guiliani and others) all over the world to try to discredit the origins of the Mueller investigation and create a counter narrative to the factual one developed by our intelligence agencies that Russia helped Trump get elected.  More white whales.  Before we are done All the President’s Men: Mike Pompeo, Bill Barr, Steve Mnuchin, Steven Miller and others who appear to be in on these nefarious conspiracy inspired assignments that Trump is obsessively pursuing and that degrade our national security, will face serious consequences.  Lindsay Graham, Kevin McCarthy and others who are circling the wagons around this president and doing his bidding instead of protecting our country should think long and hard about their legacies.

We do not yet know how this will play out, of course.  But it is possible that by the time this tragedy is over, Senate Republicans could be thanking Democrats for giving them the impeachment card to play because it just might get them off the hook for dumping Trump, something they really really want to do but have to pretend they don’t.

Trump called this transcript read out of his conversation with Zelensky “perfect”.  And it was.  From the point of view of a prosecutor, it was absolutely perfect.