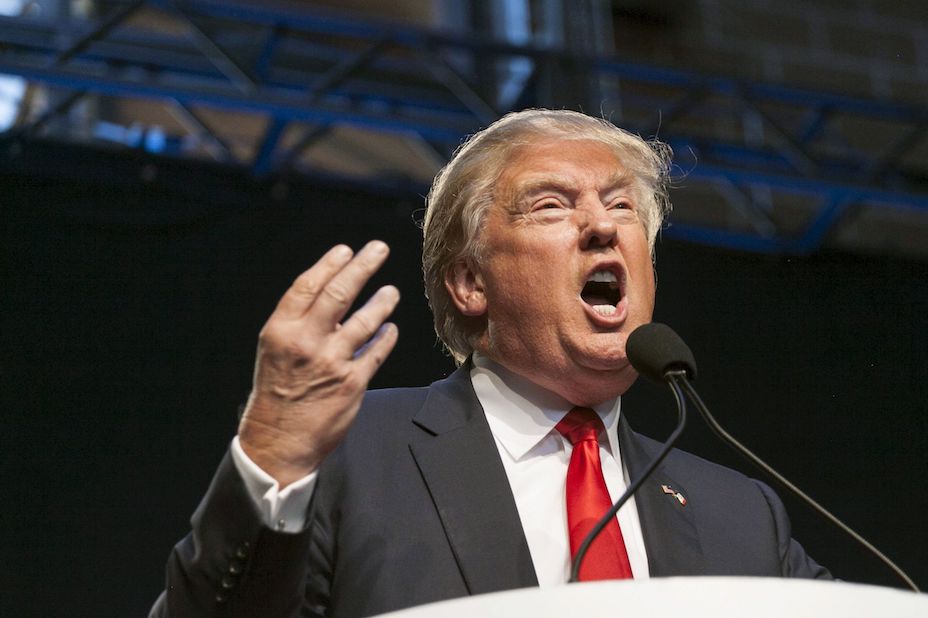 Let’s boil it down.  Trump has been working with all his might and with the vast power of the presidency behind him to reinvent reality to fit his fever dream alternate universe in which Joe Biden, his most feared rival, is proven to be corrupt.  Trump is compelling his inner circle to help him do this hit job on Biden.  Trump is pushing foreign governments to help him do this hit job on Biden.   What Trump is doing is corrupt and illegal and unconstitutional.  Those people in government who are the line workers, the aides and the career professionals, know how wrong this is.  They do not want to be caught up in the impeachment inquiry and found to be on the wrong side of history.  So they are leaking and blowing the cover off of Trump’s hidden agenda.  Knowing that the cover is getting blown off of his formerly secret agenda, Trump has come out with a confession:  Yeah.  Sure I did solicit Ukraine.  So what. And I want China to investigate Biden too.  Trump has learned over the years that if he commits crimes in public, not in secret, he can at least get his base to think it’s okay.  He will now try to normalize his illegal and corrupt behavior by owning it.  Will it work this time?  The answer depends on us, the American people, and how we react.

When Trump first took office the question was how would a man who really truly believed conspiracy theories and was profoundly paranoid affect the workings of the executive branch and the presidency?  We knew that Trump was an ardent conspiracy believer based on ideas we heard about before he became president.  Trump’s obsessive belief that Barack Obama was not born in the United States despite evidence of his Hawaiian birth certificate was a tell.  Calling for the death of the Central Park five after evidence of their innocence was established was another tell.

Many people thought that Trump was spouting these conspiracy notions as a political ploy.  But others rightly understood that Trump has a very serious, profound and disturbingly thought disordered mind.

When Trump first started off as president, he had a lot of realistic people around him, his minders, who helped him or tried hard to help him understand the truth, the facts and the real reality as distinct from his weirdo crackpot ideas.  But one by one these adults have all left the scene.  They leave when they run afoul of Trump’s fever dreams.  Only those who buy into his altered reality are allowed to stay.  And we are seeing the result of that.

Bill Barr, Mike Pompeo, Mike Pence and many others close the Trump are all in hot water and could eventually be named as co-conspirators because they either fostered or supported Trump’s crazy conspiracy dreams and went around the globe trying to get what Trump wanted them to get (made up dirt on Biden so Trump can say he is corrupt)  instead of doing the business of our country.  Perhaps this was inevitable.  They could not survive in his administration unless they helped Trump foster his crazed notions.  But at some point they were destined to run afoul of reality.  And they have.

Trump got a lot of people in his inner circle to go along with him in a clear violation of law by supporting his solicitation of foreign governments (Ukraine and now China it would seem and who knows how many other governments) to help him do a hit job on Joe Biden.  In Trump’s nightmare infested mind, Biden must be shown to be corrupt even if in reality Biden is not corrupt.  Trump will not rest until he gets that dirt even if it is nonexistent.

Another crackpot idea Trump believes is that there is a Ukrainian server out there somewhere that will prove that the Democrats set up the whole Russian interference election thing THEMSELVES.  It wasn’t Russia who interfered in the election in 2016, according to Trump’s factfree universe.  It was the Democrats who cyber-attacked themselves.  (This is the reference he makes to Crowdstrike in his conversation with Zelensky.) This is a nutty debunked conspiracy idea fostered by the right wing.  All of our intelligence agencies agree that it was Russia, not someone in Ukraine, that interfered in our election to get Trump elected.  But we read in the “telecom” read out of Trump’s conversation with Zelensky that Trump is urging Zelensky to help him find that nonexistent server.  (This was already investigated and found to be baseless.)

Rudy Guiliani has been pushing this conspiracy theory about the Crowdstrike server and the Ukrainian origins of the Mueller investigation.  He has been feeding Trump this garbage.  Trump has wanted to believe this stuff because it fits with  his obsessions: to destroy Joe Biden and prove himself to be legitimately elected.  To this end, Trump has gotten his inner circle to investigate the investigators – meaning investigate the origins of the Mueller probe to try to disprove our intelligence agencies’ findings.  Not only is this a waste of time, it degrades our standing in the world and degrades our intelligence agencies and the important work they are doing to keep us safe.  It makes us less safe because people who would step forward to alert us about dangers to our country they have heard about in the world at large, will not want to become confidential informants as long as this administration is in power.  Countries like China and Russia also understand how demented Trump is and they will take advantage of him and us.

We do not know if Barr, Pompeo, Guiliani and others actually believe that Trump’s fever dreams are real or if they are political players who are ginning up or humoring the president so they themselves can wield power. Either way, they are his emissaries, running full tilt at windmills and chasing after wild geese all around the globe to satisfy the whims of their mentally deranged boss.  Either way, they are guilty of egging on or fulfilling the bizarre needs of a deeply disturbed man who is leading our country and the world into chaos.  Shame on them.  Shame on all of them who know better.

We are getting the truth from people appearing before the House like Kurt Volker who showed up today.  More people need to speak up and show up.  NOW!  In fact anyone who knows better should get on the right side of history.  Right away.  Those former Trump cabinet members and former aides and former members of his staff need to blow the whistle themselves and come out of the dark where they are hiding.  Tell us what you know.  Our country needs to hear from you.

How will this impeachment inquiry end?

Last night I went to a fundraiser in Chicago where Adam Schiff, leader of the House Intelligence committee shared his thoughts with us.   Schiff is a calm, thoughtful person but has the backbone and smarts as well as the compassion to deal with the tragedy unfolding in our country.  Thank goodness for him and the other calm, centered leaders like Pelosi and Raja Krishnamoorthi and many others in the House.

Here is what Adam Schiff said.  The outcome will depend two things: 1)  what the House can get out into the public space through their hearings and 2) how the American people react once they understand what Trump is doing.

Will the Senate convict Trump given he has fully confessed to impeachable offenses and is upping the ante by asking China to get him dirt on Biden now?  Mitch McConnell cares only about one thing and that is his control in the Senate as majority leader.  If McConnell thinks that Trump is falling apart and if that could damage his Senate majority, he might orchestrate a flip.  There are “at risk” Republican Senators like Susan Collins, Cory Gardner, Martha McSally and others.  If Republicans perceive a groundswell in favor of impeachment in their states, these Senators could embrace Trump’s expulsion from office to save themselves.  What it would take would be 20 Republicans who flip to save themselves.  So far Republicans are not profiles in courage.  But they are also not rushing to Trump’s defense either, which may be telling.

There are other important factors at work here that are negatively affecting the way Americans view this president.  One factor is how badly Trump’s trade war is going for farmers, small businesses, meat producers and now manufacturing in America affecting many people in those red states that Trump has to win for re-election.  There are indicators of a coming recession brought on by Trump’s chaotic trade policies and trade war. That is spooking the stock market.  Trump cannot bully his way out of these realities.

It will be up to the American people to rise up in disgust against this man.  He is terrifying to anyone who understands what he is doing to our country and how much danger we are all in with him as our president.  Tell your lawmakers you want Trump impeached.  Make your voice heard especially with your Senators.