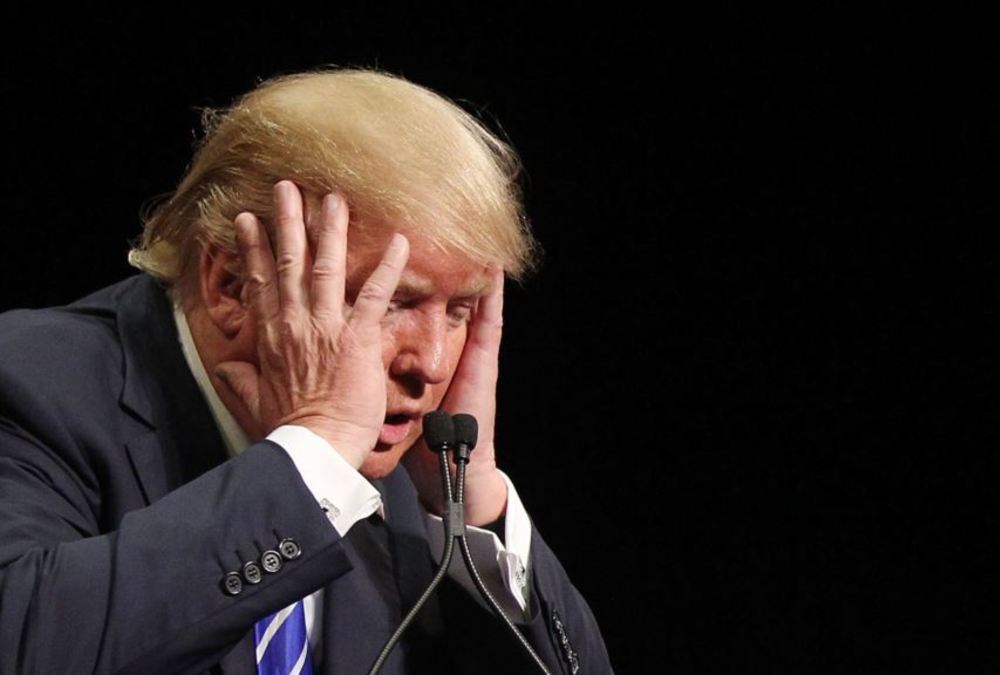 We are getting multiple sources of evidence that will eventually bring down this president and this administration.  Republicans!  Get on the right side of history before it is too late.

The US Attorney’s Office of the Southern District of New York held a press conference on Thursday, not something they usually do without good cause, to announce an indictment of four men who were involved in a scheme to use a phony business (strawman) to funnel foreign money into American political campaigns in violation of campaign finance laws and FEC rules.  Lev Parnas, and Igor Fruman are two of the four named co-defendants in the indictment out of SDNY.  These two men are Ukrainians with a close connection to Rudy Guiliani.  Lev and Igor had gotten invitations to appear before the House Intelligence Committee- one of them was supposed to show up on the very day he got arrested.  Instead, they had lunch with Rudy Guiliani at a Trump Hotel and then sped off for Dulles Airport with one-way tickets out of the country in their hot little hands.  They were nabbed at Dulles before boarding the plane.

The indictment is mainly focused on their use of a false business entity to funnel money in violation of campaign finance laws.  Money flowed into a Trump super PAC and into the pockets of a certain Congressman, Pete Sessions, to elicit his help to get the highly respected, veteran Ambassador to Ukraine, Marie Yovanovitch, removed from her post by the State Department.

Reporters following this breaking story have learned that these two men were working hand in glove with Rudy Guiliani’s shadow foreign policy campaign in Ukraine. They are similar to the “plumbers” of Watergate.  The plumbers of Watergate fame were “a secret unit tasked with digging up dirt on Pentagon Papers leaker Daniel Ellsberg. The Plumbers went on to commit crimes for the Committee for the Re-Election of the President, including the Watergate burglaries.”

Similarly, these two Ukrainian men were part of a team of people tasked with advancing Trump’s corrupt political personal interests in Ukraine.  These are the same corrupt interests coming to light in the impeachment inquiry.  What is emerging here looks to be a criminal enterprise to help Trump get re-elected that was operating on numerous fronts.  One goal of these Ukrainians was to find a way to slime and dirty up Joe Biden and his son.  Another was to get Marie Yovanovitch, the squeaky clean Ambassador to Ukraine, removed from her post because she was interfering with the Trump/Guiliani protection campaign.

The most important aspect of the SDNY indictment is that this is an “open”, “still developing” investigation into a conspiracy.  In other words, there’s more coming, folks.  Stay tuned.

Why are these guys likely to be helpful in getting us the truth?  Because they are facing jail time, and there is nothing like pending jail time to get people to suddenly want to get on the right side of history.  In other words, we can expect that they might want to make a deal.

The U S Attorney’s Office of the Southern District of New York (SDNY) has a corruption unit that prides itself on being a force for truth and justice that really takes their mission seriously.  The unit takes down corrupt actors and vigorously pursues the truth wherever it may lead.  Superman comes to mind.  This unit has been effective even in the age of Trump.  This was the unit that prosecuted Michael Cohen and indicted Jeffrey Epstein.  It is led by Geoffrey Berman, who is the U S Attorney in the Southern District of NY, and who is also a Trump appointee.  Many people have been worried that Berman might not pursue justice in the age of Trump if the players getting arrested were close to Trump or his allies.  It seems like Berman is not cowed by Bill Barr or Donald Trump.  At least not so far.

What we can tell from this SDNY indictment is that Parnas and Fruman were funneling Russian money to an American Representative in Congress, Republican Pete Sessions, (and another as yet unnamed lawmaker), to get him to lobby for the removal of the Ukrainian Ambassador, Maria Yovanovitch.  Note that the removal of that same Ambassador was mentioned by Trump himself in his phone call with Zelensky.  He spoke about how she was going to be “going through some things”.  Unspecified things.  Very mob boss kind of talk from our Mafia Godfather president.  In Trump’s call with Zelensky, Trump seemed to be urging Zelensky to say it was Ukraine that wanted her to be removed.  This indicates a nexus between Guiliani and Trump and the effort to oust Yovanovitch.

It is becoming clearer that many of Trump’s inner circle are hiding things from us that they know about and that many have been going along with what is looking more and more like a Trump enterprise to get him re-elected by engaging in dirty tricks and criminal acts.  Very Nixonian.

Trump has succeeded in getting people in cabinet posts who will look the other way or, worse, help him in these paranoid enterprises.  Pompeo at the State Department is one of them.  He was one of the dozen or so people listening in on the call between Trump and Zelensky.  At first, Pompeo feigned ignorance about that call when he spoke with reporters.  Then reporters learned he was actually ON THE CALL listening in!  Caught red handed in his dissembling, Pompeo then confirmed that yes, he was on the call.  The House has said (appropriately) that Pompeo should therefore recuse himself from making any decisions about who from the State Department should testify in the impeachment inquiry. Pompeo himself could be charged with a crime.  He is only one of the many cabinet members who may be caught up in this growing impeachment morass.

Barr is compromised as well.  We know that he tried to deep-six the whistleblower complaint in numerous ways and numerous times.  Barr should recuse himself.  He won’t but he should.

Rick Perry is another.  He has been subpoenaed by the House to turn over documents. He was the guy who went to Ukraine in place of VP Pence when Trump was trying to impress upon Zelensky that he would NOT get his money for military protection UNLESS he played ball with Trump’s goal of sliming Biden. Perry had reportedly been very active in Ukraine trying to get sweet lucrative deals for himself and donors with Ukrainian gas companies. Rick Perry is resigning from office.  Trump has been trying to lay blame on Perry and use him as a fall guy.

If you think this whole thing smells bad, you are right.  The connections between these two Ukrainian mopes, Guiliani, and Trump and many others in this administration who went along with Trump are shockingly reminiscent of Watergate.  There are more and more people getting mired in the quicksand.  These two Ukrainian “plumbers” are in the muck up to their necks and they might be very happy to rat out Guiliani and others because they are facing jail time.  These guys and others are eventually going to tell us a lot about what Trump and Guiliani have been up to.

The good news is that we now have two sources of truthful information: the House Intell Committee and the SDNY criminal case.  As the investigation picks up steam in the House, many more people with knowledge are going to come out of the woodwork and tell us the truth out of self-interest.  The courts are helping.  There was a 2 to 1 ruling by the US Court of Appeals for the DC Circuit upholding Congress’s broad investigative powers and soundly rejecting the argument that Trump’s lawyers are making.  Mazars, Trump’s accounting firm, must turn over 8 years of financial documents including Trump’s taxes.  That ruling supports the broad power of the House to subpoena and obtain documents to satisfy their oversight role.

The tide is turning. First there is a trickle, then the flow of information that gets bigger as people calculate what is best for themselves and their legacies.

Congress will be back in session next week.  We are going to hear from witnesses who will tell us more about this Trump/Guiliani enterprise to get Trump re-elected by using a shadow campaign in Ukraine outside the State Department, but with the support of the State Department, to get dirt on Trump’s opponents.

Fiona Hill will be testifying.  She is no longer at the State Dept but she is known to be a straight shooter and she was there for many months before leaving government service, so she knows some things.  Ambassador Gordon Sondland says he will be testifying in response to a subpoena from the House despite the White House’s attempt to prevent him from appearing.  The House will be very interested in the conversation he had with the president after Sondland realized that the text message communications he was engaged in with Bill Taylor, the acting Ambassador to Ukraine, were incriminating.  Most likely, Trump gave him the talking point to be sure to put in his text reply “there was no quid pro quo.”  Nice try.  There was.  Others from the State Department seem to be willing to testify about what they have been seeing and hearing.

It is time for the Republicans to get on the right side of history.  This is the moment, as George Conway, Kelly Ann Conway’s husband has been saying for some time.  Conway was joined by over a dozen conservative Republicans calling for Trump to be impeached “expeditiously”.   There are also rumors that Mitt Romney is building a coalition of the willing to defy Trump and possibly vote to convict him in the Senate.

This is getting very very interesting.