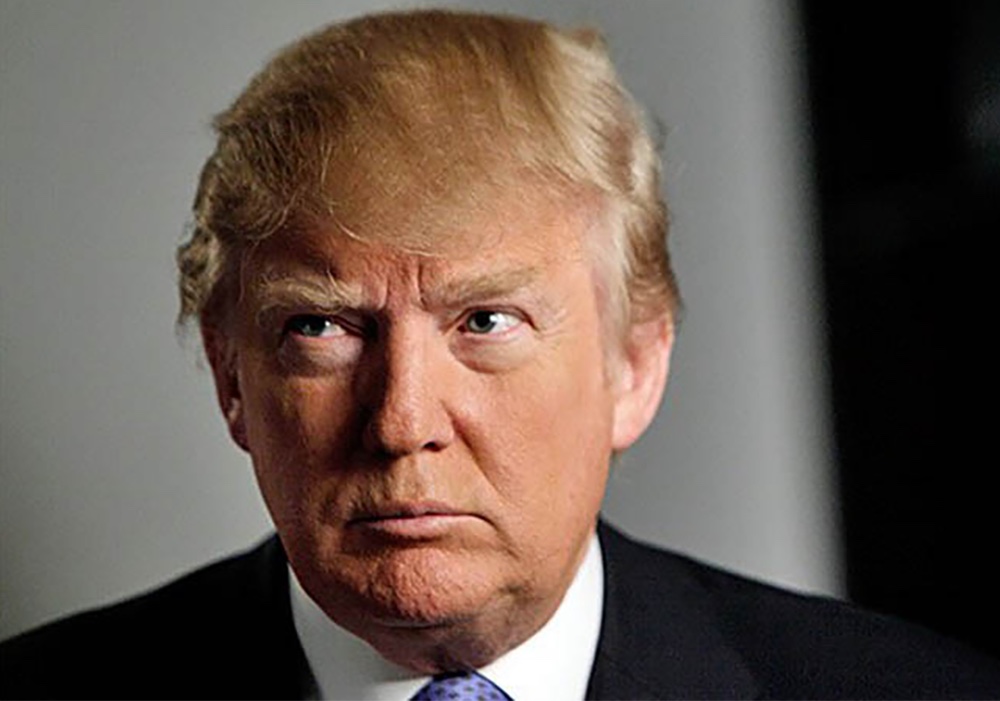 The Trump White House has declared all out war on the impeachment process by sending a letter to the House that claims to be based on legal arguments but would be embarrassing for a first year law student to argue in a final exam for a Constitutional Law class.  I would hate to be working on the legal team in the Trump White House or the Dept of Justice these days because they are reduced to making arguments that are totally baseless and some that contradict other arguments they are making in other venues. Overall, the White House lawyers are making the case in multiple courts and in this letter to the House that a president is above the law and that impeachment is not a thing.  Somebody forgot to read the Constitution.  Article 1 Section 5 to be exact.  The House of Representatives has the SOLE power to impeach and there are few restrictions on how that is to be done.  There is no requirement that the House must have a vote to launch an impeachment inquiry despite what the Trump team is saying, even though that was done in the Clinton and Nixon impeachments.  The inquiry can start with an investigation or with a vote.  This time Nancy Pelosi made it official in a press conference.  Not a problem.

The letter sent by Pat Cipollone, a White House attorney who I guess must have skipped Constitutional Law class, rails about how the House isn’t giving the president the chance to cross examine witnesses and face his accuser, the whistleblower, in open proceedings.  Well that’s because what the House is doing is INVESTIGATING.  And in the investigation phase NO ONE gets to confront an accuser because there are no accusations yet.  There is an investigation going on about whether there should be any accusations.

The letter goes on about there being no legitimate basis for an impeachment inquiry and the call made by the president being completely appropriate.  Is that so?  If that call was so appropriate then why not release the FULL transcript?  Why all the stonewalling?  If there was nothing bad going on, why are you guys hiding all the evidence you can from the American people?

On it’s face, given the read out of the phone call Trump had with Zelensky (even cleaned up as it was by his team before releasing it to the public), Trump commits the most serious impeachable offense a president has ever committed in the history of our country.  Full stop.  He solicits a foreign government to do a hit job on his political rival for 2020 by opening up an investigation on that rival which will give Trump the ability to insinuate that his rival is corrupt even though Biden has a sterling reputation and led the anti-corruption team sent to clean up Ukraine during the Obama administration.  Trump also uses desperately needed allocated funds for Ukraine as his carrot and stick to get what he wants out of Zelensky.  And he raises a cuckoo conspiracy theory about Ukraine and Crowdstrike being linked to the origins of the Mueller investigation.  Debunked nonsense pushed by far right conspiracy people.

At this point most of the important evidence is out there in plain view.  In text messages we already have, Guiliani and Trump are insisting that Ukraine come out with a public statement that there will be an investigation and insists that the Bidens must be specifically named as targets in that public statement.  Trump wanted to use the fact that there is an ongoing investigation of the Bidens to throw shade on his most feared rival.

The letter from the White House to the House of Representatives is full of legalese garbage.  It is really a political document that is a public relations tool not a legal argument and the purpose is to make the Trump base feel their poor aggrieved president is being unfairly treated by the bad bad Democrats.  Not so.  The Dems were forced to act to keep our democracy intact.  Trump is ripping our democracy and the Constitution to shreds.  No one forced Trump to commit the very same acts that Mueller wrote up in his Report.  Someone else might have thought- “Wow! I almost got in big trouble for trying to personally gain from attacking my political rivals using foreign governments to help me slime them.  I won’t do THAT again!”  But that’s not what Trump did.  He only has himself to blame for the mess he is in.  This president impeached himself and is getting what he deserves.  48% of Fox News viewers agree with that statement.

The more important question is when should the Dems vote to impeach Trump?  It looks like the White House will not turn over any shred of anything.  Total stonewalling.  No witnesses permitted to testify unless they resign first like Volker did.  No documents will be forthcoming.  But does it really matter?  There is already compelling evidence that Trump committed an impeachable offense as well as criminal offenses in terms of campaign finance violations and maybe also bribery and extortion.  Note that there is NO NEED to establish a criminal offense has been committed by the president.  Abuse of power, obstruction of justice, and obstruction of Congress are already clear based on the evidence we see in the public space. We already know enough to kick this president out of office.  Here is just some of the strong evidence:

That’s a lot right there.

If the House can put that case together in the next few weeks or months and send it to the Senate for trial while keeping the public informed as they have been doing- with the damning evidence from texts, documents they already have access to such as the timeline for withholding aid, and the the testimony from these key witnesses, they have a slam dunk case for impeachment with respect to Ukraine.

Whether or not Moscow Mitch McConnell allows an impeachment trial to actually happen in the Senate does not seem to me to be as important as informing the public about what Trump has done.  With majority public opinion at 51% to impeach and remove (that’s the most recent FOX NEWS poll) and rising in favor of impeachment in multiple polls, Trump is running scared. CNN reports that Trump is calling Mitch McConnell three times a day and lashing out at Senators as the impeachment gains steam.  Senate Republicans need to hear from us, their constituents, once we understand the facts.  Those facts will be coming out very quickly starting Friday and through the next few weeks. The Dems promise that this will be a relatively short process. and I think they really mean that.

Trump and his team want to stall and buy time so that they can get a handle on how to defend against the indefensible.  The Trump team was knocked off its feet at first, but now they are back to their playbook of trying to shift public opinion mainly by confusing everyone and throwing out words like “regicide” (huh? are you conceding that Trump thinks of himself as a king?) and calling whistleblowers “suicide bombers” on Fox News.

The Dems have the advantage that the public is listening and watching closely right now.  The job of the House is to get the truth to the public with the help of our journalists.  Trump has no legitimate defense to these allegations.  His White House legal team can only distract us with process arguments that are invalid and inaccurate, and don’t matter.

We do not yet know what will happen in this impeachment, and even one more year of Trump is too dangerous, but if the Senate won’t stand up for our country and our Constitution and vote this lawless president out, then it will fall to the American people to vote him out in 2020 along with those Senators who were traitors to our country.