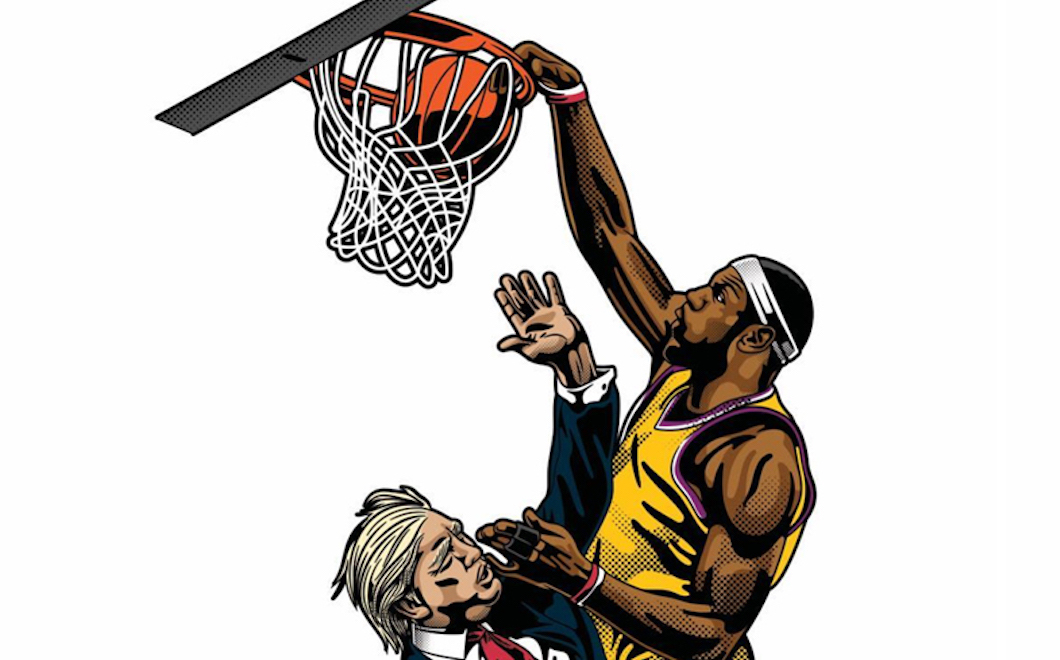 There are a number of heroic people stepping up to testify in Congress this week.  They care more about our country than the fact that they will be attacked by Trump and his minions for telling us the truth.  Despite the Trump/Guiliani/ Barr/ Pompeo/Mulvaney/Cippollone mega cover-up effort going on with Ukrainegate, there are still truthful people in Washington, DC. who care about our country who work in government.  We will hear from them more directly in the future.

For people who are concerned that the impeachment investigation is taking too long, it is important to understand that the three investigating committees are gathering corroborating and background information  As a former prosecutor I know the value of having that corroboration and depth understanding when you eventually present your case to the jury.  It may be that the defendant clearly violated the law, but if you have supporting testimony from witnesses who have no motive to lie, your case gets stronger and stronger in the minds of the jurors. In this case the jurors are the American people.

For people who are concerned that these meetings with witnesses are taking place behind closed doors, it is important to understand that the meetings NEED to be private for now because if the testimony were public at this point in time, those people who have not yet testified could alter what they say to align with the testimony of others who have already appeared before Congress.  We want and need witnesses to simply come in and tell the truth as they know it.  During a trial, witnesses who have not yet testified are not allowed into the court because they could alter their testimony if they hear what other witnesses say on the stand.  This is comparable.

The other reason for keeping the hearings private for now is that whenever cameras are rolling, lawmakers grandstand for their constituents.  We don’t need that.  We need to get at the truth.

Truth does not work in Trump’s favor.  There is a reason he has lied over 12,000 times.  He traffics in conspiracy theories and he takes whatever factual information is common knowledge and conflates it to serve his purposes.  Then he tweets like mad to indoctrinate his followers.  It is sad for me when I read the comments on the Facebook page for the Markin Report from many Trump supporters who are upset because they believe what they are hearing from Fox News hosts, from Breitbart and from Trump himself.  They are suffering and worrying needlessly because they believe the conspiracies and misinformation being spun by Trump and his allies.  Trump sells his followers an alternate universe.  If you fall for what Trump says you will suffer needless agony because the terrible things you think are happening are not even happening- like caravans at the border with brown people coming to slit your throat.

This is part of the ongoing battle between truth and the alternate universe that Trump is selling to his followers. Behind that wall, behind that cover up, is a deep swamp full of corrupt self-dealing that benefits Trump, his family and his allies.  The Trump gang does not want us to see that rotten stuff and they were able to keep it hidden from us while the Mueller investigation was ongoing for two years.  While many of us had hoped that Mueller would expose the corruption of Trump and his administration and that Trump would face consequences for breaking the law.  Mueller kept a tight lid on the investigation and when he came out with his findings they were too complicated and Trump had had too much time to brand and market and push his alternate reality. Mueller also protected the president because he believed he could not indict a sitting president and, even more important, he could not even IMPUGN someone who could not be indicted since he could not present a defense in court.  In addition, Mueller permitted Barr to characterize the findings in a way that neutralized them.

This impeachment investigation led by the House is different because it is not compromised by Trump or Barr.  It is being run by the Democrats.  We are going to get the truth. At last. And the truth is damning for Trump.  This is a slam dunk case based on everything we know so far.  I’ll briefly run through the evidence with Trump as a defendant.

The leading evidence in this case is defendant, Trump’s, own “read out” transcript that his White House released to the public.  In it he solicits a foreign country for help him to do a hit job on his political rival for his own personal benefit so he can slime his political adversary and win re-election.  This is illegal under our campaign finance laws and FEC rules.  People go to jail for campaign finance violations.  Ask Michael Cohen about that.  These acts are also amoral.  And this is an abuse of power by a president who took an oath of office to uphold the Constitution and the rule of law.  This is exactly the kind of violation our Founding Fathers were worried about and why they put the House solely in power when it comes to impeaching a president.  (Article 1 Section 5 of the Constitution.) So, we start with a confession by the defendant himself.

Next, we have text messages and documents that support the fact that defendant, Trump, has ordered Congressionally allocated funds for Ukraine to be held up until and unless Zelensky buckles under to Trump’s demand for him to publicly announce that Ukraine is going to  investigate Burisma and the Bidens and the Bidens must be named in the public statement. This was written up by Guiliani in concert with Sondland and possibly Trump had input because Trump is a huge micromanager and always wants to have input- like the wording of the letter he wrote for Trump Jr about the Trump Tower meeting with Russians.  No, that was NOT about adoptions.  Now we have extortion, bribery, and conspiracy as potential indictable offenses in addition to impeachable abuse of power.

We have the timing of the release of funds to Ukraine right before the plot is exposed by reporters and the whistleblower is on the verge of blowing the whistle which is easy to establish using recordsd.  Only then do the allocated funds get released to Ukraine.  That undercuts Trump’s defense that there was no quid pro quo.

We have corroborating text messages from Bill Taylor to Gordon Sondland where Taylor calls out the hit job plot in his text message and Sondland realizes Taylor is not playing along.   A nervous Sondland calls Trump up by phone and there is a 5 hour delay in his response back to Taylor.  When he does text back, it is a sanitized response that sounds oddly formal, as if a lawyer has intervened and told him to say NO QUID PRO QUO.  Sondland is clearly in on the plot himself, but when he testifies before Congress it looks like he is going to tell the truth to lawmakers based on the statement he has released to reporters.  He does not want to end up in jail and take a bullet for Trump.  He will say that the defendant, Trump, told him there was no quid pro quo but he doesn’t know personally whether there was or was not a quid pro quo.  That cuts the legs out from the Trump defense that there was no quid pro quo.  It puts Trump squarely in the middle of Ukrainegate.  And then there was an attempt to hide the evidence by using a secret code protected server to bury the transcript of the call.  The full transcript has not, even now, been made public.

Brave, truthful people are testifying in Congress this week:  Marie Yovanovitch testified Monday (former Ambassador to Ukraine who would not “play ball” with Rudy’s corrupt plot and got canned for that)’ Fiona Hill (testified yesterday and corroborated Yovanovitch also adding colorful quotes from John Bolton who called Guiliani a “hand grenade” and said ”I am not part of whatever drug deal Rudy and Mulvaney are cooking up” , George Kent (State Department) testifying today, Bill Taylor (Acting Ukrainian Ambassador who called out the plot in his texts with Sondland), Laura Cooper (Defense Dept) and others who are career line workers are coming to the rescue of our beleaguered country.  Finally we have the heroes so many of us have been waiting for.

We know that these people are speaking the truth because Republicans in Congress have fallen silent or are relying on bogus process arguments instead of defending Trump on the merits.  They are bolting down the back stairs of their office buildings to avoid reporters.  None of them can defend Trump when it comes to Ukrainegate.  Instead they pivot to the subject of Trump’s terrible decision to pull out of Turkey and the mayhem that followed his “gut” decision that has resulted in the release of hundreds of the most dangerous ISIS terrorists as the Kurds rush to fight off the Turks who want to massacre them, and the Kurds align with Assad because we betrayed them.  Our troops are stuck in the crossfire and may have to be airlifted out of the war zone.  Trump is being criticized by Republicans for his impulsive withdrawal of our troops that were maintaining the peace along the Syrian border.  Even if Trump sends Pence to the war zone to “work things out” and orders sanctions, these measures are too little too late.  The damage is done and there is no one to blame but Trump.  He never listens to his advisors.  He never reads anything.  All he cares about is himself.  His brain is steeped in conspiracy theories and misinformation.  And there is mounting evidence that Trump is Putin’s ally and has advanced Putin’s goals in Ukraine and Syria which should frighten Republican lawmakers who are still able to think clearly about the danger we face with this president.

When the case for impeachment is presented to the public by the Dems in the House it will be a slam dunk.  But that does not mean the Senate Republicans will do the right thing.  If the polls do not reflect growing support for impeachment AND removal, Senate Republicans may allow the criminal in the White House to stay in power.  IF they do, it will be up to us, the American people, to vote all of them out of office in 2020 and hope we can survive this rogue president and his corrupt administration until we can be rid of them.

Trump Gets More Delusional Under Pressure