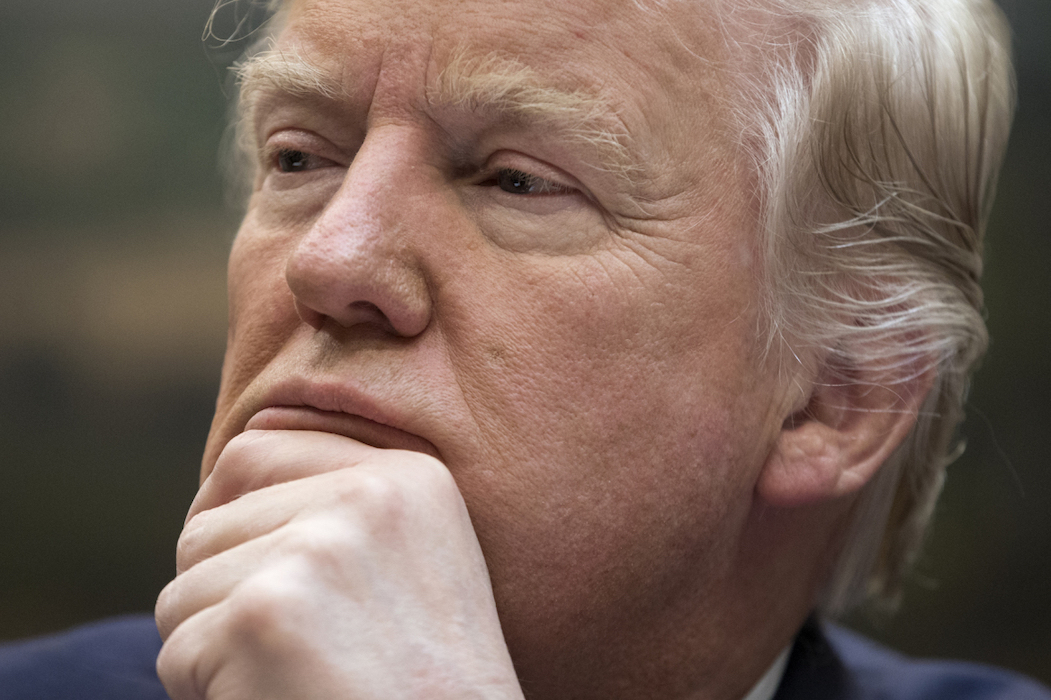 Career public servants are risking their careers to show up on Capitol Hill this week and next week.  They arrive and go through the check point by the entrance to the building and then they disappear behind closed doors to testify before the House Intelligence Committee.  Monday was Fiona Hill, former advisor to Trump on Russia. Tuesday was George Kent, Deputy Assistant Secretary, State Department. Wednesday was Mike McKinley who resigned in protest from the State Department after a 37 year career. Thursday was Gordon Sondland, the Ambassador to the European Union and millionaire hotelier who had been deeply engaged in a pressure campaign directed by Donald Trump to force Zelensky, the president of Ukraine, to help Trump do a hit job on Joe Biden.  Other career public servants are scheduled to testify next week in this rapidly moving investigation. The career public servants risk losing their jobs and they are all forced to pay for attorneys to represent them, yet they are defying the White House orders to stonewall and they are coming in to tell the truth to lawmakers and eventually to us.

What is going on behind closed doors?  Why aren’t these people testifying in public?

There are some important reasons why the testimony must take place behind closed doors.

The testimony needs to be truthful and if witnesses hear what other witnesses are saying they might coordinate or change their testimony rather than telling the truth as they know it.  This is true in court cases both bench and jury trials as well.  During a trial, witnesses who have not yet testified and sometimes even ones they have testified, are not allowed to be in the courtroom.  They might alter what they would say on the stand if they heard what certain other witnesses said first.  Witnesses can also be called back on rebuttal to give additional testimony in court, and, again, once they have heard what others have said under oath, that might alter their testimony.  Witnesses are not allowed to be in the courtroom.

The House Intelligence Committee, just like the judge or jury in a courtroom, wants to get trustworthy and completely untainted recollections and responses from witnesses.  There are Republicans and Democrats in that closed hearing in the House.  Republicans are able to ask those witnesses questions to test their recollection and they are presumably defending Donald Trump’s interests in that hearing room as well.  From all accounts the Republicans in that hearing are acting with decorum and are soberly assessing what they are hearing about this president and his inner circle and what they did.

Some people are concerned that this testimony will never reach the light of day or that it will be mischaracterized as it was when the Mueller Report came out and AG Barr frankly lied about what the Report contained and concluded.  That is not likely to happen this time.  The reason is that the Democrats have control over the hearing, not AG Barr.  Barr, who was once thought to be an Attorney General who would fairly represent the interests of Americans and our country, has shown himself to be Donald Trump’s handmaiden.  He has been called Trump’s Roy Cohn and Donald Trump’s lawyer-fixer. He has the interests of Trump front and center, not the interests of our country.

The House hearing is not under the control of AG Barr.  For that reason, the House will control the flow of information to the public.

The House DEFINITELY WILL make the information public.  They will use two ways to do that.

Based on what we are learning through reporters and public witness statements, there was what some people are calling a shadow foreign policy. But it should not be called that.   Trump has been working with Rudy Guiliani, along with others in his inner circle, to run a criminal enterprise to help himself get re-elected (much like Nixon did in Watergate but far worse) out of the Oval Office.  Trump directed the actions of his inner circle to engage in this criminal behavior.  His desperate fear about not being re-elected, his obsessions, paranoia, grandiosity and insecurities were the psychological motivators for Trump to direct his gang of dirty tricksters and thugs to 1) investigate a debunked conspiracy theory that Ukraine, not Russia, was the source of the attack on our election in 2016 and 2) manufacture dirt on Biden, his most feared political rival.  These actions violated campaign finance and FEC laws and were part of a conspiracy to extort and bribe a foreign leader, Zelensky, and violate the due process rights of American citizens- Joe Biden and Hunter Biden.

What will happen next?

There may be more witnesses coming to testify before the House, but the whistleblower might not even need to testify.  Why?  Because the information provided by him or her is being corroborated by the witnesses coming before Congress and even by Trump and his allies with Mick Mulvaney saying yesterday in a press conference that there definitely WAS a Quid Pro Quo and that everyone should “get over it”.  that knocked out the defense that Jim Jordan and other Republicans have been relying on that there was no quid pro quo.  As for the first whistleblower, he had limited first-hand knowledge and mainly gathered the information from others who had first-hand knowledge and were reporting to him what they were upset about and had observed.  He is facing grave danger from Trump who is trying to find out who he is and is threatening this person, saying he is a traitor and insinuating that he should be hung for treason.

Trump is the traitor, in point of fact, along with his gang of goons operating out of the White House.  And what Trump is doing by threatening a witness is called witness tampering.  Another crime. But perhaps of the gravest concern is the very real possibility that criminal activity is still ongoing in the White House even now.  We already know that being found out never stops Trump from breaking the law with impunity.  He believes he is above the law.

Trump’s attempts to terrify and threaten people so they will not testify and his attempts to stonewall the House are not working.  Professional government service workers are not heeding the orders not to testify either out of patriotism and loyalty to the oath of office they took to uphold the Constitution and our laws, or they are trying to save themselves and get on the record as good guys on the right side of history.  The two who were involved in the plot hatched in the Oval Office for which Trump will be impeached are Sondland and Volker, and they are hurrying in to testifying before the House because they see what is coming.  They don’t want to take a bullet for Trump the way Michael Cohen did, or Paul Manafort.  They don’t want to end up in jail.

Key witnesses are testifying before the House in this investigative phase.  The House needs to have sufficient information about the extent of the criminality and cover up.  Once they have that there will be some decisions to make and Nancy Pelosi seems to be very capable of making good strategic decisions about how to proceed and when to proceed.  She has been spot on in her prosecution of this matter including the wonderful moment captured in a photo as she stood up to reprimand Trump seated across from her at a large table full of men with their heads down in shame, and she pointedly called him out because “all roads lead to Putin” when it comes to this president’s actions.  Is Trump a Russian asset?  General McRaven just wrote an op-ed in the New York Times that is worth reading “Our Republic is Under Attack From the President.”  It is.

Trump will be impeached by the House.

The House has every incentive to get the information they are now learning out to the public as quickly as possible to help the public understand why Trump is being impeached.  As the American people learn more about what has been going on, watch what happens with the president’s poll numbers.  If 55- 60% of Americans  favor impeaching and removing Trump from office, then Mitch McConnell may well be forced to change his tune.  McConnell cares most about keeping his Senate majority, not about Trump.  If Cory Gardner and Susan Collins and Martha Mc Sally are going to lose their seats, McConnell may throw Trump under the bus.  The truth is most Republican lawmakers despise this president but only say that behind closed doors.

By the time all this damning information comes out into the public space, the Republicans are going to be the ones wishing to high heaven that Trump could be expelled from office so that they could have a decent candidate for 2020.  The Democrats will be the ones who stand to benefit most from a president running for office who will have been exposed as a criminal, totally unfit for office or his role as Commander-in-Chief. Not only that, Trump is exhausting everyone in our country and around the world with his chaotic, impulsive, erratic, uninformed and self-serving decisions that imperil our country and our allies but always seem to end up helping Putin and his own wallet.

Mitch McConnell told his caucus to expect to have an impeachment trial around Thanksgiving.  The best Thanksgiving we could all have would be Trump’s resignation.  Now there’s something we would all be thankful for!