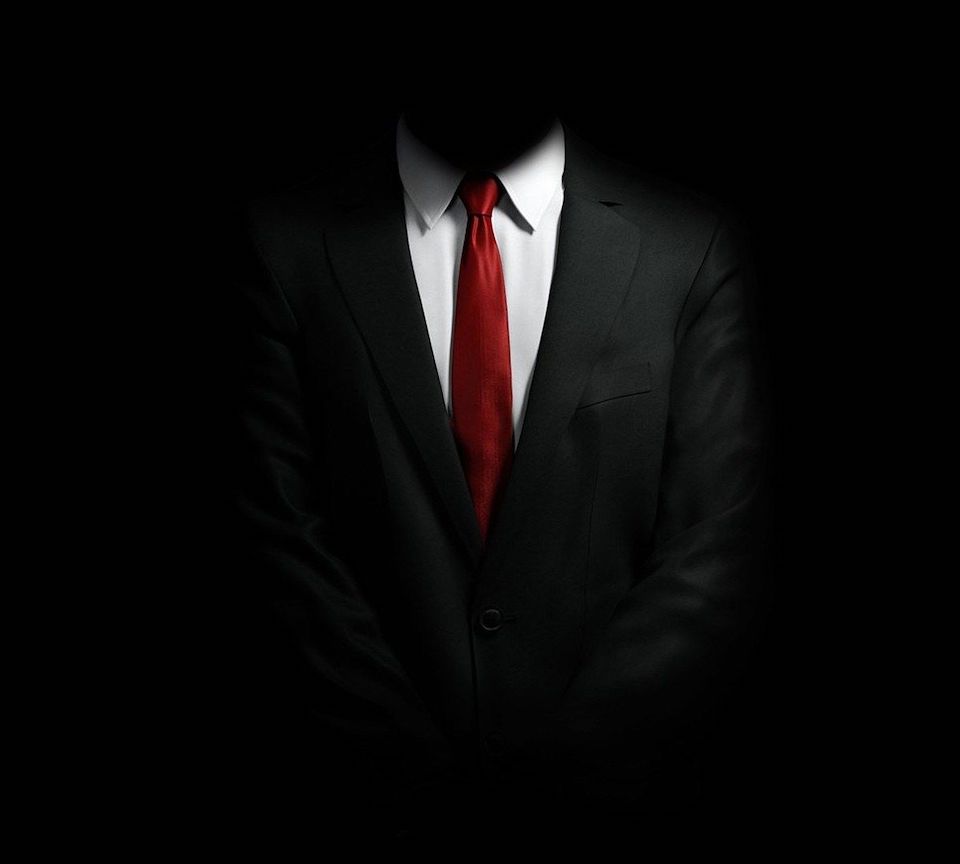 As things stand right now, the Senate is not likely to convict the president when the impeachment trial takes place.  Republicans are coming up with a variety of reasons they defend the president and it looks like they won’t change their minds no matter what.  But there are two possible witnesses who could change that calculation.  Lev Parnas and John Bolton have the potential to move the Senate to convict Trump.  Here is how they could influence the result.

There were two Russian-born Ukrainian bad actors, Lev Parnas and Igor Fruman, who got swept up by SDNY trying to leave town after getting subpoenas from the House to come in for depositions.  They were picked up at the airport trying to leave town with one way tickets to Europe rather than testify before Congress.  According to his lawyer, however, Lev may be willing to cooperate with the FBI and testify before House. Lev must know a lot because of the friends he keeps.  We know he works for a Russian Mafia connected oligarch by the name of Firtash. Both Lev and Igor have been actively engaged in the Ukraine pressure campaign, paying Rudy Guiliani $500,000. For what? We do not know. Lev was going around in Ukraine bragging about how connected he was to Trump. He predicted that Marie Yovanovitch would be kicked out of her job before she knew she was getting kicked out of her job.  He is also linked to Trump’s legal team in some way according to his lawyer who claimed he might have immunity based on his connection to the president’s legal team and possibly the president himself.

What is a crime connected Russian paid operative doing on Trump’s legal team?!!

The SDNY criminal investigation of Lev and Igor seems to be colliding and co-mingling with the impeachment investigation in ways that could damage or destroy Trump, Guiliani, and others.  Trump claims not to know these two guys despite countless photos of him palling around with them and them palling around with Trump Jr. and his own super PAC getting lots of money from them. The fact that Trump pretended not to know Lev got Lev mad enough at Trump to agree to cooperate with the feds and testify before the House. Lev probably understood this to mean that Trump would not pardon him. If Lev does cooperate, his back story has the potential to damage Trump. Why? Because Lev has knowledge about the Russian oligarchs, the Russian mob, the Ukraine pressure campaign, Guiliani and Trump and will know a lot about how they are connected.

From the beginning of the Trump administration a number of people in the foreign service and intelligence world have speculated about Trump being a Russian asset in the White House.  Even if he was not specifically chosen by Putin to gain the presidency (although there is some evidence he was groomed for that starting when he was a businessman involved in the Miss America Pageant in Moscow), he is certainly doing Putin’s bidding now and his suspicious one-on-one meetings with Putin without any read outs or translator notes gives rise to even more speculation.  If Americans learn from testimony they find sufficiently believable, especially in light of the other testimony they will be watching in the televised hearings, that we have a president who is acting in concert with Putin, trying to damage our country and our national security, poll numbers for impeach and remove could rise into the 55% to 60% range.  If that happens, Mitch McConnell would face a five alarm fire- either support Trump and lose the Senate majority or pull the plug on Trump to save his Senate majority in 2020.

Why would this be a turning point for McConnell?  Because his Senate majority is going to depend on a number of Republicans in purple states winning again in 2020:  Susan Collins of Maine, Martha McSally of Arizona, and Cory Garner of Colorado.  The potential is rising for Mitch to lose his majority.  Other at risk Republicans are Thom Tillis of North Carolina, Jody Ernst in Iowa, and even Mitch McConnell himself in Kentucky.  Recent elections in Kentucky and Virginia illustrate Trump’s toxicity and the extent to which an agitated anti-Trump electorate will rise up to vote in large numbers in cities and suburbs, offsetting the more rural Trump voters.  Once the public hearings begin, Trump will become more toxic in purple states unlike what the White House and GOP have claimed would happen.  Mitch cares about his power more than he cares about Trump.  If McConnell sees polling rise in favor of impeach and convict and if it gets in the range of 55-60%, McConnell would get concerned enough to pull the plug on Trump to save himself.  McConnell holds the cards when it comes to the impeachment conviction vote in the Senate. If McConnell turns on Trump, the Republican Senators will flip, all together, for the sake of safety.

John Bolton left his tenure as head of national security after being kicked out by Trump or he left on his own accord- we still do not know which it was.  Bolton left the White House in a bad mood, to say the least. He was very aware of the Ukraine pressure campaign being led by Guiliani and directed by Trump to get rid of Ambassador Marie Yovanovitch, get President Zelenskyy to open up a criminal investigation on the Bidens and Burisma by making a public announcement on CNN, and find a nonexistent server that Trump in his demented mental condition thinks will prove the Russians did not interfere in our 2016 election but that interference was the result of Hillary Clinton working hand in glove with a Ukrainian oligarch… (oh, nevermind!  it is so far fetched it rivals that pizzagate conspiracy thing Trump and his band of nutballs floated out there).  In exchange, Trump would release the military aid and grant a face to face meeting to the leader of Ukraine. Trump and Guiliani set up this deal, which is a bribery plot, by the way, and that is what got the whistle-blower to blow the whistle after hearing from a lot of folks at the State Department who knew how illegal and wrong this was.

Once the whistle was blown, Trump got scared and released the money to Ukraine and then Zelenskyy cancelled his scheduled interview with Fareed Zakaria on CNN in which he had been prepared to bow to the pressure and announce an investigation into Burisma and Biden so he could get the money his country needed to fight off Russian aggression.  Bolton knows about all of this.  He has been quoted by other witnesses as saying “Guiliani was a hand grenade that would blow everyone up.” And he said he himself was not part of the “drug deal” being put together.  Bolton knows a lot about the circumstances surrounding the impeachment inquiry and he says he knows about even more that was going on.  What a teaser.

What is he waiting for?  Why not come in and talk with the House like every other witness who did their patriotic duty?  His lawyer claims he needs to first get a court ruling on whether he should obey the House subpoena to testify or obey the White House lawyers who are claiming that he has some kind of constitutional immunity, which is NOT even a THING. Bolton and Charles Kupperman- another witness subpoenaed by the House share the same lawyer who is bringing this declaratory judgment request. They want a court to rule on that issue. That ruling was not expected until December, however.  Too late for the House to compel testimony from these guys. Televised public hearings will start next week on Wednesday at 10 ET.

However, there is a pending decision in a case that raises the same issues about immunity and that case, which was brought by Don McGahn, former White House attorney, is going to be decided sooner.  US District Judge Kentanji Brown Jackson has already heard oral arguments and she is said to be ready to issue an opinion before the end of November.  McGahn’s lawyers have argued that Congress cannot compel former White House officials to testify on the grounds of absolute immunity.  If you carry this argument to its logical conclusion it would mean that anyone who currently works for or used to work for a president has blanket immunity from ever testifying before Congress if the president wants him to clam up.  That is clearly an overly broad position to take and the most likely ruling by the court will be that there is no blanket immunity but that if there is something highly confidential that should be kept secret for national security reasons, that could be negotiated as partially immune.  The fact that this coming ruling covers the same ground as the Kupperman case explains why the House withdrew the subpoena for Kupperman and is waiting for the ruling from Judge Jackson to compel Bolton to come in to testify pursuant to a subpoena.

If Bolton were a patriot he could come in for a deposition right now. This idea of claiming he must wait for the court to rule is a crafty way for Bolton to pretend to be a willing witness but to protect Trump, be protected from Trump as well as sell the bombshell book he is writing about his experience in the Trump administration- after all, if he tells his bombshells now his book won’t sell as well.

Bolton could be an important witness if he does come in to testify.  If Bolton testifies he could tell us about what was really going on in the White House with this campaign to pressure Ukraine.  Trump and Guiliani, Mulvaney and many others would be in the crosshairs.  Bolton is positioned to take them down.  Bolton is highly respected by all the Republican Senators and has a super PAC that dispenses money to GOP Senators for their campaigns.  Bolton is a credible witness when it comes to the right-wing and conservative Republican world.  He could never be labeled “deep state”.  If Bolton testifies, it could be game set match for Trump and his allies who put together this Ukrainian pressure scheme to help Trump get re-elected and which should end his presidency.