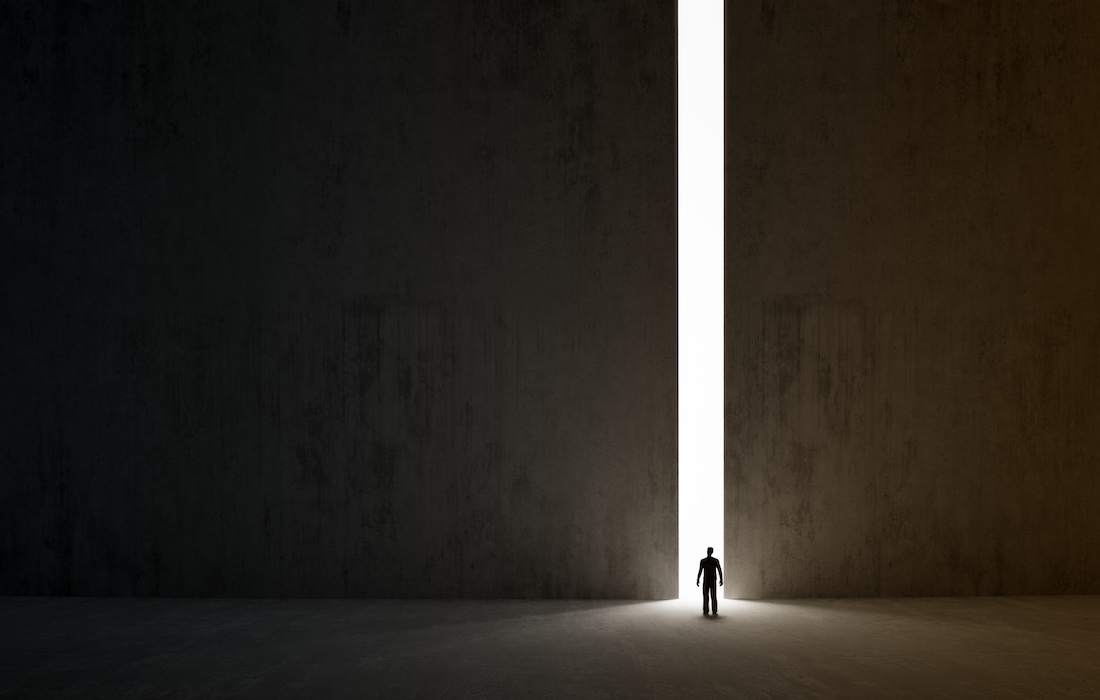 Marie Yovanovitch should have her own chapter in Profiles in Courage.  From the beginning to the end of her gripping testimony before the House she showed us what it means to be brave.  She has rock solid strength of character which we could all see for ourselves as she told her story which was both compelling and moving.  We learned her backstory- 33 years in government foreign service, a veteran and a patriot with a number of dangerous “hardship” postings around the world- at one time she was caught in crossfire, another time the embassy was attacked.  In her time in Ukraine as Ambassador she was known as a champion against corruption.  She was the ambassador when Volodymyr Zelensky won his election.  He was hailed in Ukraine as a principled man who would bring an end to the corruption that plagued that country.  Ukrainians were thrilled that they had been able to elect this man who would move their country forward and rid them of corrupt influences that were mostly coming from Russia and intertwined with gas companies in Ukraine. Ukrainian gas companies created the potential for great wealth which brought many corrupt actors into the country to make a fortune.  Zelensky’s anti-corruption mission was in line with Amb Yovanovitch’s stated State Department mission.

Next we learned that she became the target of a smear campaign directed and carried out by Rudy Guiliani, Donald Trump and his son, Don Jr., John Soloman (who writes for The Hill) as well as Victor Levchenko, a corrupt prosecutor in Ukraine who had started out with promise, but then lost his way, and two Russian born Ukrainians, Lev Parnas and Igor Furman, who are now in custody and facing prosecution by SDNY for crimes interrelated to this Ukrainian situation.  That case is not ripe yet, but Lev Parnas seems to be willing to testify before the House and may have some very important information for us about Rudy Guiliani, Donald Trump, Rick Perry and others in this rapidly evolving situation.  The smear campaign was based on false information about Marie Yovanovitch that unfairly damaged her reputation. This campaign was being used to allow Trump to have grounds to remove her which would let Rudy Guiliani and others get her out of the way and get themselves set up for their Ukrainian “drug deal.”

The hearing brought to life what happened to Marie Yovanovitch.  On the night of April 24th, three days after the election of president Zelensky, she hosted an event in her home to honor a brave Ukrainain woman, an anti-corruption warrior, who had been attacked with acid by someone trying to stop her efforts.  This young woman died.  The night that Marie Yovanovitch was presenting a postumus award to this woman’s father, she received an urgent phone call at 10 pm.  In that call she was warned by someone at the State Department that she needed to come back to the United States on the next plane because of “concerns about her security”.  She described being upset when she heard this.  She could not get a straight answer about what the security concern was.  She was eventually told that she had done nothing wrong but “there was a concerted campaign against her.”  Later she learned that Pompeo had said he “could no longer protect her because of the president.” She left Ukraine the same day as the Zelensky inauguration.

Dan Goldman and Adam Schiff did an outstanding job as they led the direct exam of the ambassador.  They walked her through the read out of the call that Trump had had with Zelensky- the one Trump told us was so “perfect’.  In that conversation Trump engaged in smearing her.  He referred to her as “the woman”, said she was “bad news” and then said she was going to “go through some things.”  In the hearing was asked about her reaction to this.  She said she was “shocked” and “devastated” and said, “I couldn’t believe how any president would talk about any ambassador like that.”  She said a friend watched her as she read the read out of the call and told her the “color drained from her face”.  She also said that “it sounded like a threat, a vague threat” to her and said that she did in fact feel  “threatened by the president.”  As the direct exam continued, she commented on additional portions of the read out of the phone call in which Trump, speaking to Zelensky, praises the corrupt prosecutor, Levchenko, and characterizes him as “your very good, very fair prosecutor”.  This is the same Ukrainian prosecutor who was part of the smear campaign against her that Trump and Guiliani were engaged in.

While Amb Yovanovitch was recounting this incident, Adam Schiff suddenly broke into the direct examination being conducted by Dan Goldman and said, “The president is attacking you in real time.”  He read what the president was tweeting out while she was testifying: “Everywhere Marie Yovanovitch went turned bad.  She started off in Somalia, how did that go? Then fast forward to Ukraine, where the new Ukrainian President spoke unfavorably about her in my second phone call with him.” This was a dramatic moment.

This tweet attack insult in real time changed the rest of the hearing and not in a good way for Trump.  What Trump did by attacking this witness showed everyone watching around the world that Trump was continuing his smear campaign of this outstanding public servant, attacking her in the most shocking way to try to influence public opinion against her and frighten other witnesses about what could happen to them.  Yovanovitch was asked for her reaction.  She said it was intimidating.

Schiff identified Trump’s actions as witness tampering, which it is, and he sternly added, “Some of us take witness intimidation very seriously.”   Schiff also made the point that Trump removed the ambassador not to root out corruption but to get rid of a corruption fighter because she stood in the way of his plot to do a hit job on his political rival.  If this kind of witness intimidation had happened in a federal court, Trump would have been placed under a gag order by the judge.  This would not have been tolerated.  Trump is also sending a threatening message to the next witnesses by attacking Marie Yovanovitch as an example of what he can and will do to them if they testify truthfully.

Because of what Trump did, House Republicans were thrown off their game.  For the rest of the hearing House Republicans, including Jim Jordan, did not score any points.  They mainly tried as hard as they could to say supportive and appreciative things about Marie Yovanovitch, realizing that she is an exemplary official who had been denigrated by Trump, smeared by Trump, and fired by Trump even though she did nothing wrong and everything right.  House Republicans need to get re-elected.  Women vote.  Marie Yovanovitch got a standing ovation from the room as she left the hearing.

The Democrats did an excellent job of coordinating their questioning, each one having a particular point he or she was driving home.  Raja Krishnamoorthi established that there was a one month gap between the time that Yavanovitch left Ukraine and the time Taylor took over.  In that month, Trump, Guiliani,  Rick Perry and others were able to move their people into place in Ukraine to carry out their “drug deal” as Bolton has called it.

As Trump was engaged in witness tampering by tweet on Capitol Hill, down the street in federal court Roger Stone was found guilty of… wait for it… witness tampering and lying to Congress among other crimes.   Stone was found guilty on all counts by the jury for crimes that could result in 50 years in prison.  Witness tampering alone can get you a 20 year sentence.  Stone is just the most recent Trump sycophant in a long line of them who are already in jail or will be going because they protected Trump and are paying the price.  Trump is a criminal.  He is a mob boss.  Becoming president did not change that.  Anyone who tries to protect Trump risks ruining their own lives because he will throw them under the bus to take the hit for him while he skates away because a sitting president cannot be indicted according to an OLC opinion.

And how did this all play on Fox?  Bret Baier of Fox News reported that Trump “committed another impeachable act” by threatening this witness in real time.  While some shameless and really disgusting commentators on Fox are deriding Bill Taylor and George Kent, calling them “nerds” and making fun of their steel rim glasses, Chris Wallace and Judge Napolitano are telling the Fox News audience the truth- the walls are closing in on Trump.

It is only going to get worse for Trump from here.  On Friday the first State Department aide, David Holmes, was deposed.  He was in the restaurant with Sondland and overheard the conversation between Trump and Sondland as they talked by cell phone.  Sondland told Trump that Zelensky would do “anything you ask him to” and that included “the investigation (referring to Joe Biden and his son), and Sondland added that Zelensky “loves your ass.”  “I then heard President Trump ask, ‘So he’s gonna do the investigation? Amb Sondland replied that ‘he’s gonna do it…President Zelensky will do ‘anything you ask him to.'” This is a first hand witness who will testify before the House in public.  There is a second witness and possibly a third who also overheard that same conversation.  That overheard conversation is not hearsay.  It is the direct connection between Trump and hit job extortion/bribery scheme.  Because of this overheard conversation Trump cannot throw Rudy under the bus by claiming it was all Rudy freelancing, not him, who cooked this all up and who is Rudy anyhow? he hardly knows that guy.  On Wednesday, Sondland will need to come in and tell the whole truth and nothing but the truth consistent with these other first hand witnesses or risk going to prison for lying to Congress.

In addition, there is a witness from the OMB (remember that’s the money pot Trump wants to control – the OMB is run by Mulvaney who wears two hats since he is also Trump’s chief of staff) who is being deposed today, Saturday.  Mark Sandy.  He should help us to understand how the money for Ukraine got held up.

George Kent was prescient.   In his testimony on Wednesday he said, if you fight corruption, you’re going to piss off some corrupt people.  And that is what we saw and heard about on Friday.  Guess who is corrupt and pissed off and tweeting all over the place?  He says he has a right to tell his side of the story.  Sure he does!  He has an open invitation to come into the hearing and take the witness seat any time he would like to and tell the American people his side of the story.