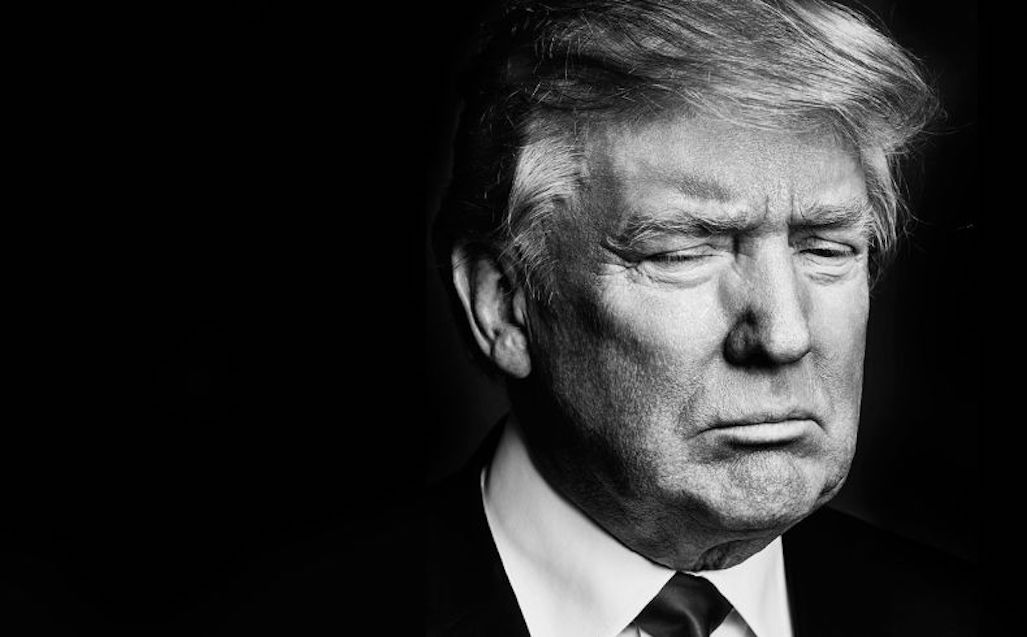 The Senate trial of Trump is approaching.  Americans who have been reading the news or watching mainstream media already know the facts about Trump’s impeachable offenses.  51% of Americans are in favor of impeachment and removal.  (A very high number!)  70% of Americans say they want a full and fair hearing instead of a sham.  Lisa Murkowski of Alaska says she is “disturbed” about the trial being a sham instead of being fair.  Some say she may be the first crack in the wall protecting Trump.  She might be the first of a small group of Republican Senators who either think more independently (Mitt Romney is another) or fear they might not be re-elected (Tillis, McSally, Gardner, Collins) who have the power to force McConnell’s hand when it comes to the fullness of the evidence presented at the trial.  There is a chance that the first-hand witnesses like Bolton and Mulvaney will actually testify and that documents will come in as evidence.  There is a chance more truth will come out.

But if more truth comes out, will Americans be able to listen with an open mind?

Some will and some won’t.

Who won’t be open to the truth?

There are millions of people in this country who cannot or will not hear the truth about Trump for many reasons.  Fear is one of the biggest reasons they close off their minds.  The deeply held cultural belief that America is in decline as a Christian nation has caused many Evangelicals to cling to Trump as their nativist hero.  Evangelicals know he is not a saint but they believe he’s making America safe for them again which includes ending a women’s right to control her body by getting an abortion, stacking the courts with right-wing judges who will enforce the rules and being tough on immigrants who are breaking the rules by coming to America and “sneaking in” to take advantage of our “entitlements” (even though that is not accurate), and they want to keep minorities from voting because that upsets the former world order in which they felt safe and protected by white privilege before the world became global and #MeToo was a thing.

Many Evangelicals were raised with an authoritarian mindset.   There is good or bad.  Very clear.  There is right and wrong.  So what about the fact that Trump breaks the rules?  Trump is a sinner, yes, but sinners often are chosen by God to lead us, they will say.  When it comes to Trump they justify and defend him because he will maintain authoritarian order in a world that is changing too fast for them.  Their highest value is the maintenance of the status quo.  Trump takes advantage of their worry by fear-mongering and using cruelty to mock the out group, inviting the “in group” to join him in denigrating the “other”.  Trump is an entertaining sort of fear mongerer in his rallies instead of being deadly serious as Hitler was.  Trump brands people and uses mean humor.  That combination appeals to the American zeitgeist- at least it appeals to about 30% of the electorate that make up Trump’s core base.

Then there are wealthy people who are benefiting from Trump.  Trump has juiced the stock market by strong arming the Fed to keep interest rates super low.  There have been three cuts in the rate over the past three years.  Our debt has skyrocketed to over a trillion dollars.  Republicans who used to care about trillions of dollars of debt are complicit with Trump and say nothing.  The juiced stock market helps the rich get richer.  The 500 wealthiest people added 1.2 trillion to their net worth boosting them to a collective net worth of 5.9 trillion.  The stock market is hitting an all time high as we come to the end of 2019.  Trump is going to run on that and he will claim this also means the economy is doing great.  That and the jobs numbers seem to support his contention.

But the reality is that a stock market that is this jacked up and juiced up is on more of a sugar high that will not last forever.  Whoever wins the presidency in 2020 will be facing a huge debt crisis that Trump created just as he did in the world of real estate.  He ran up his debts, stiffed his creditors and declared bankruptcy six times.  The market sugar high is not helping most Americans do better in life.  When it comes to jobs, there are far fewer really good secure jobs these days.  There are a lot of jobs that don’t help you get ahead in life.  The gig world means that people have to work more than one job just to maintain their lives, pay the bills, pay for insurance and health care, and many have huge debt hanging over their heads if they have gone to graduate school or trade school.   Many young adults are dealing with extremely high debt that cripples their post graduate futures.

Not all wealthy people are happy about Trump.  Some wealthy people and corporate types do put country above greed.  But many who have gotten their taxes reduced by Trump or whose companies are not paying taxes at all or much are delighted with the stock market high and the tax cut for the rich. Like Evangelicals, they don’t want to hear the truth either.  They might even understand the danger Trump poses for democracy, but many will not care because they are doing so well financially.  They will close their eyes and hold their noses and vote for Trump in 2020 out of self-interest.  They will also throw large sums of money at anyone or anything that will defeat Bernie Sanders or Elizabeth Warren if either becomes the Democratic nominee.

There are other people who will not hear the truth even if more of it comes out in the Senate trial.  They are indoctrinated members of Trump’s cult.  Trump spawned the current Trump cult by developing a cult of personality and growing it through  branding, books about how successful he claimed to be, and expanded it with “The Apprentice”.   He built his celebrity creds over the years even during the period of time when he was bankrupt and had ruined himself, he kept pretending to be a huge success.  When he ran for office he got a lot of crossover from his celebrity status and benefits from his cult of personality.  On that show he was in the role of the authoritarian who “fired” people who didn’t do well.  He was the “determinator”.  That set him up to be the authoritarian leader he aspires to be today as president.

There is no easy way to get anyone out of cult who still wants to be in a cult.  It is a waste of time and energy to try.  The people who leave cults are people who figure it out for themselves and even then they often yearn for the comfort of the cult where they were told what to think and had a community of like-minded people with shared beliefs even if those beliefs were bizarre- like “we are all going to be transported to Venus” or “Ukraine and Hillary Clinton worked together to hack the DNC and blame Trump”.  Telling people they have been conned by Trump just does not work.  They only get mad.  And snarky.  Judging from the comment section of my Facebook page for this blog, there are many cult Trump supporters who will fight anyone who tries to pry open their defenses to tell them the truth.  They not only will not listen, they will squabble with and attack anyone who dares to challenge their totally closed minds.  They are a lost cause.

Republicans Who Think Politics is a Team Sport

Just as some people root for their favorite football team, there are people who are unwaveringly loyal to Team GOP without  thinking more deeply about it.  If they did think about it, they would understand that their Republican Party has been hijacked by a cult.  The GOP used to stand for principles: small government, reduce the debt, the Constitution matters, laws must be followed, Americans need to come together, our allies should be our allies, Russia is our enemy.  Trump has blown all of that up and more.  For people who do not look further than their allegiance to tribe, they will not be open-minded about the truth either.

Who WILL be open to the truth?

70% of Americans say they want a real trial with documents and witnesses.  That is a hopeful number.  They expect Trump’s trial to be like the trials they have seen on TV or experienced themselves in their lives as jurors or witnesses or even defendants.  These are the people who could make a difference in the outcome of Trump’s bid for re-election and the demise of the GOP if there is no conviction of Trump as we all anticipate.  If there is a fuller exposure of either the truth OR the complicity of Republicans in their unwillingness to allow us to hear the truth, and Trump is not removed, those Americans who have been listening with an open mind will have gained the information they need to understand the danger of Trump AND the danger of a GOP that is servile to him.  Americans who grasp that two fold danger will want to remove those Senators who allowed Trump to stay in office as well as removing Trump from office.

Our country is facing the biggest test we have faced since the Civil War.  Just as during the time of the Civil War, Americans are on very different sides of a battle that threatens to devastate our country.  One side hears and accepts the truth while the other side absolutely refuses to.  There is an uncivil war going on in social media and other platforms between Americans who cannot talk with each other to convey important information, cannot help each other see the truth, or reach across the divided electorate to come to consensus or have productive conversations.  This situation is something Putin and Trump and the GOP have helped to create and benefits all of them.  Even though millions of Americans have been sucked into the fog machine and are lost in a fact free alternate universe, more millions of Americans know better.

If 70% of us want the evidence to come out and are willing to hear the truth, then I still have hope that we can recover our country before it is too late.