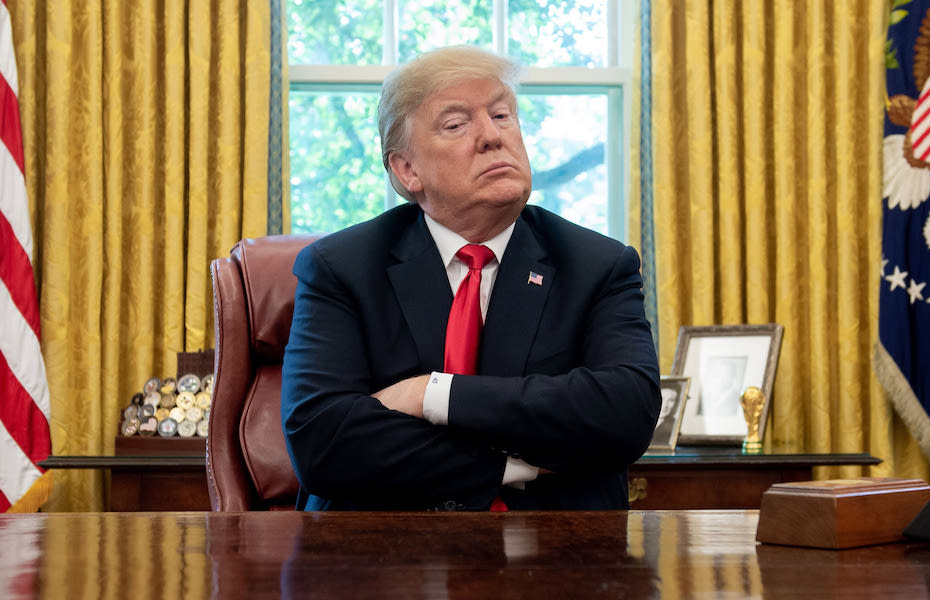 A nation can survive its fools and even the ambitious. But it cannot survive treason from within. An enemy at the gates is less formidable, for he is known and he carries his banners openly against the city.

For the traitor appears no traitor; he speaks in the accents familiar to his victim, and he wears their face and their garments and he appeals to the baseness that lies deep in the hearts of all men.

He rots the soul of a nation; he works secretly …to undermine the pillars of a city; he infects the body politic so that it can no longer resist. A murderer is less to be feared. — Marcus Tullius Cicero, from a speech given to the Roman Senate, recorded in approximately 42 B.C. by Sallust.

Since 9/11 we have been told that if you see something you should say something.  I think we are all seeing something and we should all be saying something.

Mass shootings hit a record high in 2019 in the United States.  On Sunday, December 29th in Monsey, New York, a man entered the home of a Hasidic rabbi where people were celebrating Hanukkah and attacked these people with a machete.  There has been a rise in hate crimes and incidents against Jews in New York and across the country.  On the same day there was a shooting in Texas at a church that left two people dead.  We do not yet know the motive for that shooting.  But we do know that hate is on the rise in our country thanks, in large part, to the hater-in-chief, our president.  He is not the only reason hate is on the rise, but he is one important factor.  A president is a role model.  Trump is a terrible role model.

As we all know, Trump assaults anyone who says something that gets under his thin skin.  Trump is the ultimate snowflake.  This weekend Trump tweeted out the name of the whistleblower he blames for his impeachment.  Hey! That is illegal!  Trump just broke the law.  Again.  He does that quite a lot.  The whistleblower is already living life under almost constant federal protection getting federal protection going to and from work, because the president and others take to Twitter to attack him over and over again. No person’s life should be at risk for doing his job under federal law- reporting acts of this president that were reported to him by people in Trump’s own administration.

These acts Trump engaged in that were reported by the whistleblower were clearly impeachable offenses that needed to be reported. You already know what he did: Trump shook down (extorted) Ukraine for his personal benefit, totally stonewalled Congress, was personally responsible for holding up military aid Ukraine desperately needed, and he only released the hold on the funds when he got caught. Trump was the person directing the scheme.

We have just learned from the NYT article that Mick Mulvaney, John Bolton and Mark Esper all met with Trump together in the Oval Office in what can best be described as an intervention, trying to warn him that withholding the military aid was against the interests of OUR country.  Trump refused to listen.  But that meeting means that Trump was definitely on notice that what he and Guiliani were doing was NOT in the interests of the country.  That’s evidence of knowledge which goes to mens rea, or intent.  What Trump did helped Russia, (not our ally but our enemy even though Putin is playing Trump by getting him to believe they are besties) and was an attempt to help himself get re-elected. This was not in the interest of our country.  These are the acts of a man who is willing to undermine his own country to get a personal benefit and help a country that wants American democracy crippled or destroyed.  If these were acts of a governor, that governor would be facing indictment and most likely going to jail as Rod Blagoyovitch did.

Trump is the ultimate snowflake, attacking everyone who crosses him.  Nancy Pelosi triggers him for doing her job as the leader in the House. When Trump committed impeachable acts that compromise our national security and the ability of the House to conduct oversight as required by Article 1 of the Constitution, Pelosi did not pretend to look away as so many Republicans are doing.  Trump also attacked “the squad”, four women of color in the House of Representatives, remember that?  There are many other people Trump has attacked.  Trump is not only a lawless man, he is the leading role model for hate mongering in our country and around the world, a role model for breaking the law to get revenge and vent his contempt.  Instead of caring about all Americans and thinking of our country as a team that he represents, Trump cares only about his base because he has to keep them happy to get re-elected. That base consists mainly of a group of people who want the country that they remember years ago that felt safer for them.  Trump is their guy in large part because he is attacking our democracy from within- he is breaking down the pluralistic society that welcomes everyone of every background and every skin color and every religion.

If you see something, say something.

I decided to say something even if it was a ridiculously small gesture.

I called the Wall Street Journal after years of being an online subscriber and told them I am cancelling my subscription in protest. I condemn their editorial board for supporting the president and failing to call out his many acts of hateful rhetoric, corruption and lawless behavior. I refuse to spend money on their publication as long as their editorials protect this man.

Ok, that’s small potatoes, you say.  True.  But in the conversation I had with the young man who took my complaint in customer service, I learned that I was part of a much larger wave of subscribers who were cancelling their subscriptions in protest too.  Other people were saying something and doing something.  I learned that the WSJ board was, in fact, worried about it.  The young man asked me if I would continue to receive the WSJ for free.  I said no.  “When you do something about your editorial opinions, I will reconsider.”

I want reporters and jouralists to Say something!  Do something!  I want all those commentators and journalists on cable news to connect the dots for their audiences when they interview people like Bill De Blasio or that evil, no good Steven Miller, or lawmakers on Capitol Hill.  Don’t just ask “reporter” questions anymore.  Don’t just say, “Why do you think we have so many more hate crimes in our country and so many more mass murders in our country?”  We KNOW the answer.  Do your job as if you are doing a cross examination to help Americans get at the truth. Try saying: “Since Trump has taken office hate crimes are way up.  Tell us about the connection between Trump’s tweeting out the name of the whistleblower and Trump refusing to call out white supremacists and Trump’s rage tweets at Nancy Pelosi and the rise of hate crimes and mass murder in our country.  Tell us how Trump is aggravating hate in our country.”  Because people need to understand the connection.  Reporters and journalists and commentators have a duty to educate the public.  They need to challenge lies, misinformation, and disinformation.  They need to call out the bullshit we are getting on cable news from Fox and even CNN with its “both sideism”.  Sometimes both sides are NOT equal.  Sometimes you need to TAKE a side when the truth is staring you in the face.

Imagine for a minute that our president is Joe Biden, Amy Klobuchar or Bernie Sanders not Donald Trump.  Can you imagine that president rage tweeting or failing to take the moral high ground after a mass murder or act of violence by white supremacists?  Of course not.  None of the Democratic nominees running for president would do what Trump does.  The man in the White House is a role model for people across our country.  With a Democrat as president we cannot hope for a complete cessation of mass murders or hate crimes, but they would subside.  How do we know?  We know that other countries that have laws regulating the possession of AR-15s and other weapons of mass murder do better than we are doing when it comes to mass murders.  We know that programs promoting support for people with anger problems can go a long way to prevent explosive incidents including the prevention of violence carried out by jilted boyfriends which turns out to be a leading cause of gun violence.  We also know that before Trump took office, there were mass murders and hate crimes but in the past three years of his presidency, the number of mass murders and hate crimes has gone way up.  A president is a role model for good or for bad character and behavior.  Trump is a terrible role model.

We can “say something” in other ways too.  We can donate to Media Matters for America, a 501(c) 3 that uncovers the rampant fake news and conspiracy theories that Fox and Trump’s twitter feed spew out that causes greater unrest, turmoil and divisive anger.   We can donate to organizations that work against hate crimes.  We can register voters in key swing states to get a Democrat into the White House.  We can get out the vote.  We can participate in the Women’s March coming up on January 18th across the country.

Even if what you are doing seems like a small thing, if we band together and do it together, it can become a big thing.  It can be impactful.  So say something.  Do something.  There’s a traitor in the White House, dividing our country, encouraging hate, keeping us from unifying as a country with his endless self-serving, contemptuous tweets every single day.  Our president is rotting the soul of our nation. 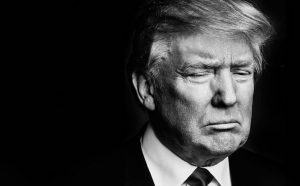 Previous post Are Americans Willing to Hear the Truth About Trump? 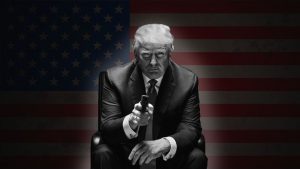 Next post Trump Assassinates Qasem Soleimani of Iran. Why now?