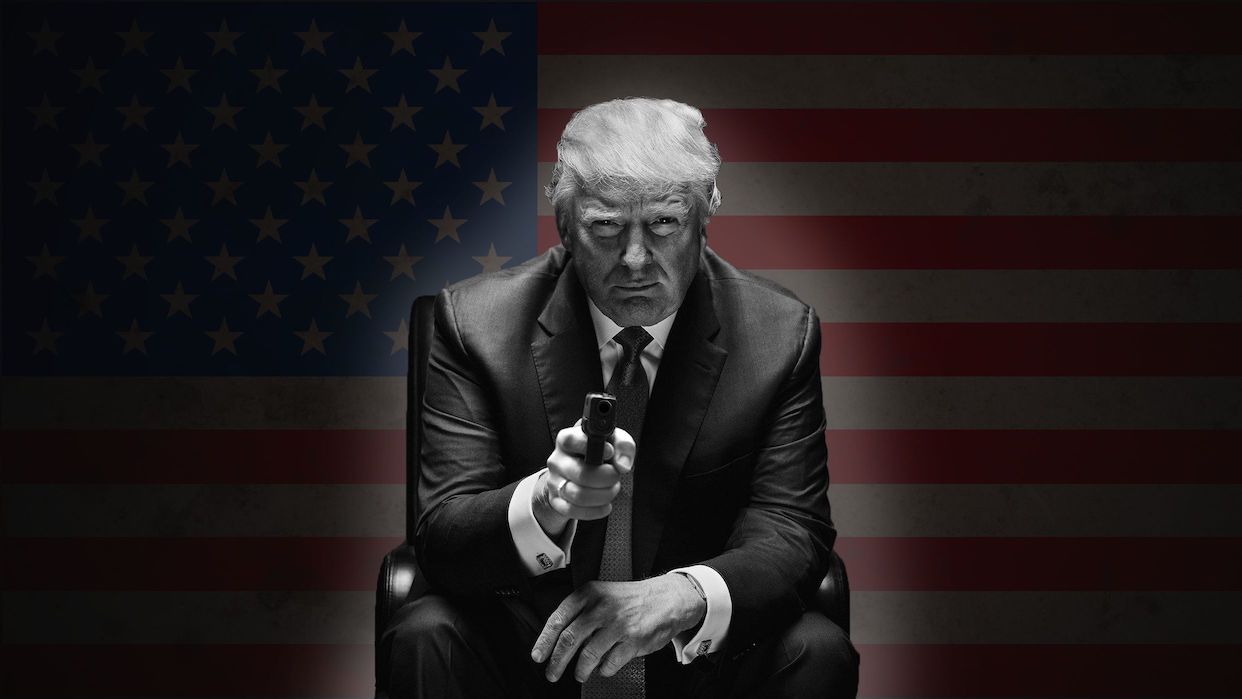 Is this a “Wag the Dog” move by Trump?

Trump assassinated a horrible man, the mastermind of Iranian terrorism and the leader of the Quds Force.  So, good riddance.  Soleimani was responsible for the death and the injury of hundreds of Americans.  The assassination was accomplished with a drone attack at the Baghdad Airport.  Soleimani was the commander and strategist behind Iran’s attacks on Americans in Iraq and has also been the master planner behind attacks on Americans and others carried out by proxies across the Middle East.  This is, however, a shocking event nonetheless.  It is the loose equivalent of Iran assassinating General Petraeus in a drone strike while he’s on a visit to a Canadian airport, if you can imagine that happening.

The idea of assassinating Soleimani was contemplated in the past by both the Bush and Obama administrations but rejected as too combustible.  This action by the Trump administration is bound to cause a major escalation in tension and it could be the start of a war in the Middle East because Iran will retaliate.  Oil futures just shot up because the markets predicts disruption of oil flowing from the Middle East once the Iranians retaliate.  American citizens were told to get out of Iraq.  The administration also just ordered 3,500 more troops to the Middle East.

Why did Trump do this right now?  The official word is that Solemani was about to conduct some sort of imminent attack on Americans.  Maybe so.  The problem is that Trump and his administration have not yet identified what that might have been and there is no corroboration for that assertion that an attack was truly “imminent” which is the trigger for a president having the power to take action that could result in war.  Rukmini Callimachi, a New York Times correspondent who reports on ISIS and al-Qaeda checked with her sources to learn if there was an imminent attack being planned on American targets.  She concludes that evidence is “razor thin” and she questions the timing of the attack saying it is “hard to decouple Soleimani’s killing from the impeachment saga.”  This administration has a reputation for lying and crying wolf.  Trump has lied 2700 times since his election about important matters.  How do we trust that Trump and his administration are telling us the truth now?

The assassination was carried out without any consultation with or notice to our allies or Congress.  The so called Gang of Eight, a bipartisan group of lawmakers with top security clearances, is always notified by the president of something this momentus that will affect national security and international relationships.  Not this time.  The failure to inform Congress is causing concern especially among Democrats.   No surprise that this rogue president is continuing to be a rogue president.  He is acting more like a dictator or a monarch with total disregard for the Congressional branch of government.  He alone will decide whatever needs to be decided.  He alone will take action.  He is doing this in spite of the fact that he has been impeached and may face a trial in the Senate for abuse of power.

Then again, the impeachment itself may be one of his motivators.

Some are speculating that there is a connection between Trump’s escalation of tension in the Middle East and greater potential for war as a way to distract from his impeachment.  A FOIA request granted by the courts to  a watch dog group, Just Security, has exposed emails between the Pentagon and the White House that show the Pentagon was very worried about the illegality of withholding funds for Ukraine.  Michael Duffey, who has refused to testify in the House, says in one of the emails to McCusker at the Pentagon, that there is a “clear direction from POTUS to continue to hold.”  In that email Duffey nails the president as THE PERSON who ordered withholding military funds to Ukraine.  This documentary evidence should come out in the Senate trial and shows the need for a real trial in the Senate, not the sham McConnell is cooking up.

And there is a second important point.  We now have the redacted and the unredacted versions of these emails and by comparing the two versions we can see that the Trump administration was actively obscuring and covering up the truth, trying to keep this knowledge from the House Intelligence Committee and from the American people.  Now that we see what is under the blacked out sections, we know the extent of the cover up.

To summarize what was newly revealed: the documents that the House subpoenaed from this administration so that it could conduct oversight were denied by the White House but they are now coming out through FOIA requests and court orders.  The administration has been caught red-handed trying to cover up Trump’s personal direction of Ukrainegate.  As more and more evidence comes out that damns the president, and Mitch McConnell tries to keep everything under wraps with a phony trial in the Senate to protect Trump, the timing of this assassination and potential for escalation of military action and engagement in the Middle East begins to look mighty suspicious.  It’s remarkably good timing to have an event of this magnitude which can act as a distraction and serves to keep Americans under-informed about the evidence coming out against the president relating to his impeachment trial.

There is also speculation about the idea that Trump might be trying to start a war in the Middle East that he could use as a pretense to interfere with the election of 2020 by declaring martial law as the election draws near.  Is this too cynical?  Or is it prescient? When Obama was president, Trump tweeted out his prediction that Obama would start a war in the Middle East as a distraction.  That was in 2011.  Trump claimed Obama would do that because that was the only way he would get re-elected.  We have all come to understand that Trump’s twitterfeed is a way to learn about how he thinks about the world- he is quite transparent that way.  His tweets are a kind of hotline into the inner workings of his strange mind.  Especially when it comes to his tweets about Obama, his greatest rival.  In the past he suggested that Obama would start a war to get re-elected.  Is this what Trump has up his sleeve?

Wag the Dog was a movie that reminds us that even a fake distraction, a fake war, can be effective in politics to keep the public from focusing on embarrassing information (and today, in our current situation, we have the potential incubation of a real war).

Here is a brief summary of that movie:

Two weeks prior to reelection, the United States president lands in the middle of a sex scandal. In need of outside help to quell the situation, presidential adviser Winifred Ames (Anne Heche) enlists the expertise of spin doctor Conrad Brean (Robert De Niro), who decides a distraction is the best course of action. Brean approaches Hollywood producer Stanley Motss (Dustin Hoffman) to help him fabricate a war in Albania — and once underway, the duo has the media entirely focused on the war.

“To ‘wag the dog‘ means to purposely divert attention from what would otherwise be of greater importance, to something else of lesser significance. … The expression comes from the saying that ‘a dog is smarter than its tail’, but if the tail were smarter, then the tail would ‘wag the dog‘.”

We have a rogue president who does not play by any rules and is desperate to continue on as president because once he is out of office he will be indicted and could face prison.  What do you think is going on?  Is this the tail wagging the dog?

Whether or not this turns out to be a wag the dog moment, Trump is not someone who seems to be capable of having an effective plan of action.  He is notorious for being a day trader.  There are a lot of Americans in harms way today and there will be even more in danger as troops deploy to the Middle East.  Do Trump and his administration know what they are doing, what their goals are?  Do they have a plan, a strategy and if so, is it feasible?  Those may well be the most important questions we need to know the answers to in the coming days.