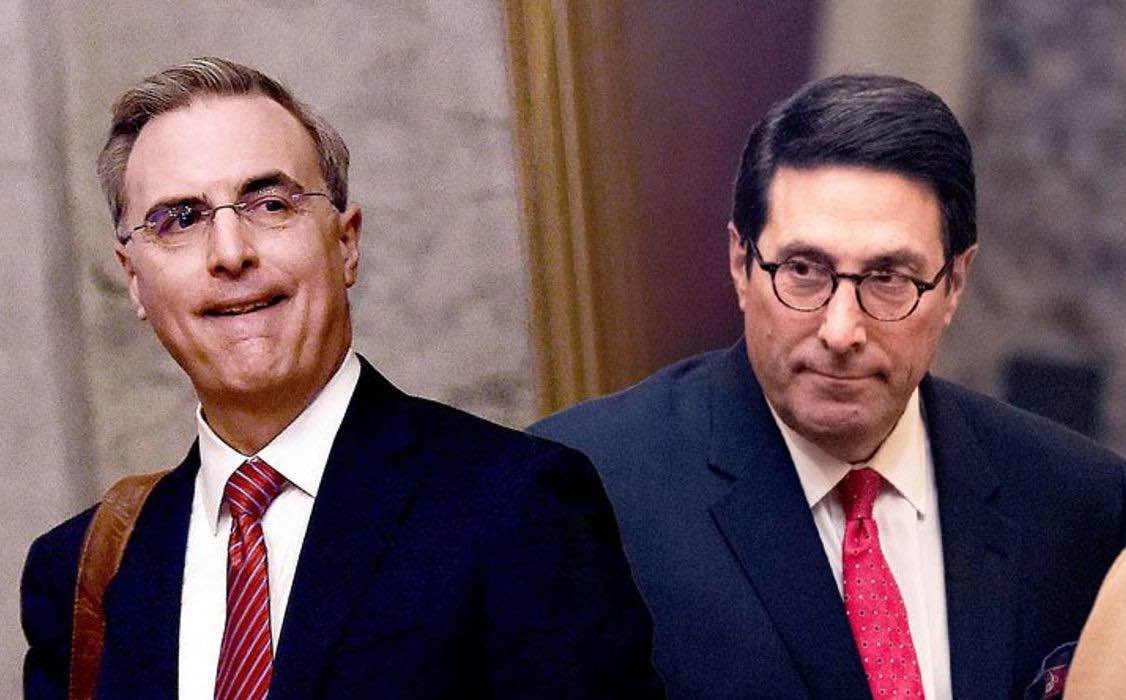 Never lie to a judge or jury. Every trial lawyer knows that cardinal rule of advocacy. But in their arguments on Jan. 21, Trump’s lawyers violated it. Repeatedly. With the Chief Justice of the United States Supreme Court presiding and the entire US Senate sitting as judge and jury.

It was only the beginning.

Truth: House Judiciary Committee Chairman Jerrold Nadler (D-NY) invited Trump to participate in the hearings, even though he had no “due process” obligation to do so. White House counsel Pat Cipollone rejected the invitation in a lengthy screed that concluded, “[W]e do not intend to participate….”

Truth: Mueller’s charge was limited to investigating crimes, so he expressly excluded any determination about “collusion” because it’s not a legal term. Mueller did find:

As for obstruction, Mueller expressly refused to exonerate Trump, even though Justice Department policy precluded him from indicting a sitting president. But he described 10 episodes of Trump’s possible obstruction and, for many of them, concluded that the evidence was sufficient to prove it.

White House counsel Pat Cipollone is paid by American taxpayers to represent the office of the president, not Trump personally. He and Trump have crossed the line separating those two jobs.

Lie #3: Continuing Sekulow’s theme that Trump did not receive “due process,” Cipollone asserted that Republican members of the House Intelligence Committee were not allowed entry into the secure room where private hearings occurred: “The proceedings took place in a basement of the House of Representatives. … Not even [House intelligence Committee Chairman Adam] Schiff’s Republican colleagues were allowed into the SCIF.”

Truth: Forty-eight Republican members of three House committees — including the Intelligence Committee — were permitted to attend the hearings in the SCIF. Subsequently released transcripts prove that many of those Republicans even questioned witnesses.

Lie #4: US aid to Ukraine was delivered “on time.”

Truth: Congress’ nonpartisan watchdog, the Government Accountability Office, concluded that Trump’s aid freeze broke a law — the Impoundment Control Act. Trump did not lift the freeze in time to disburse all of it as required by the end of the fiscal year on Sept. 30, requiring Congress to pass an extension of the deadline. “Had that provision not been included, then any unobligated funds as of September 30th would have expired,” according to OMB official Mark Sandy.

Outside the Senate chamber on Jan. 22, Sekulow said, “Adam Schiff today talked about quid pro quo. Notice what’s not in the articles of impeachment: allegations or accusations of quid pro quo. That’s because they didn’t exist.” The White House then tweeted a video clip of Sekulow’s nonsense.

I am a lawyer and yes, Jake, it definitely does. But when Trump’s legal team opened its presentation on Saturday, Jan. 25, deputy White House counsel Mike Purpura spun a new “no quid pro quo” deception: There was no quid pro quo because “a presidential meeting took place on September 25 [at the United Nations] without the Ukrainian government announcing any investigations.”

CNN fact-checked that claim and found it misleading: “While an announcement of investigations never took place, it was planned and discussed between representatives of both the US and Ukraine. The plan was only halted after the withheld aid was released.” [Emphasis in original]

Even more to the point, after public testimony from other witnesses prompted US Ambassador to the EU Gordon Sondland to revise his earlier private testimony for the second time, he declared unambiguously, “Was there a quid pro quo?… The answer is yes.”

Likewise, Trump’s chief of staff Mick Mulvaney admitted it publicly: “We do that all the time… Get over it.”

It’s no mystery why Trump blocked Mulvaney from testifying before the House and why Republicans in the Senate don’t want the world to hear him under oath during the trial.

Trump’s legal team can continue infecting the proceedings and the body politic with whatever narrative they choose, regardless of its veracity. Media outlets including CNN and AP are fact-checking claims. So is the House Intelligence Committee, which performed the herculean task in real time on Twitter. If you’re on Twitter, follow that feed on Monday and Tuesday: https://twitter.com/i/events/1221120833764188160

But unless the Senate votes to call witnesses — as 70 percent of Americans favor — the House impeachment team won’t have an opportunity to respond in a way that would reach far more of the general public. And once spoken, a lie takes on a life of its own. As Jonathan Swift wrote more than two hundred years ago, “Falsehood flies, and the truth comes limping after it.”