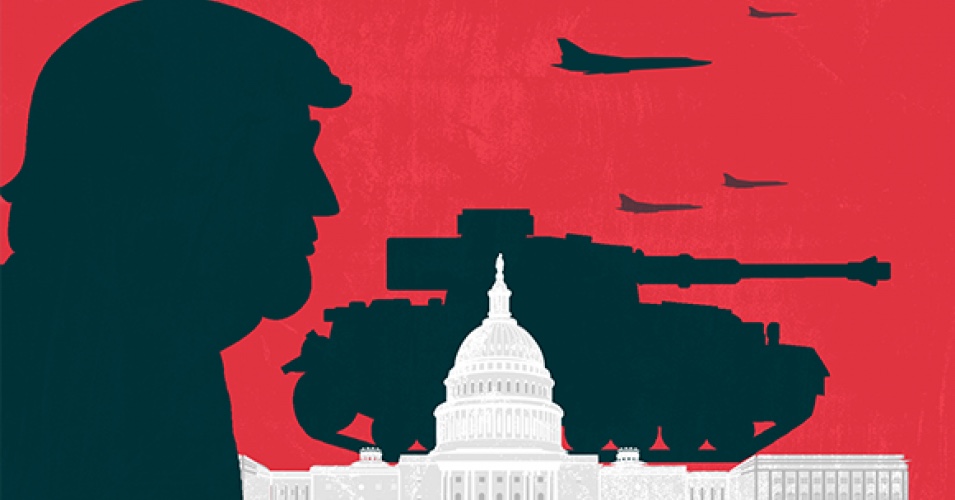 This is a guest blog post by Steven Harper.

Retaliation against a witness in an official proceeding is a federal crime.

Twelve witnesses testified publicly at the House impeachment hearings. Republicans had selected three of them. Nine other witnesses defied Trump’s edict to remain silent and stepped forward. At great personal and professional risk to themselves and their families, they provided consistent, undisputed, and damning testimony.

Where are they now?

#1: Fiona Hill, former deputy assistant to the President and senior director for European and Russian affairs on the National Security Council, testified that she became alarmed about US Ambassador to the EU Gordon Sondland’s “domestic political errand” for Trump. He was brokering a deal whereby Trump would meet with newly elected Ukrainian President Volodymyr Zelensky only if Zelensky announced an investigation into the Bidens and pursued the false Russian narrative that Ukraine had interfered in the 2016 US presidential election.

When Sondland described the quid pro quo to Hill and her boss, national security adviser John Bolton, Bolton ordered her to report the conversation to the deputy White House counsel: “You tell [John] Eisenberg that I am not part of whatever drug deal that Sondland and [acting chief of staff Mick] Mulvaney are cooking up.”

By the time Hill testified on Nov. 21, she had already resigned, effective July 19 — a few days before Trump’s infamous July 25 phone call with President Zelensky. She’s now a senior fellow at the Brookings Institution.

#2: Marie Yovanovitch testified that while serving as US Ambassador to Ukraine, she was the victim of Rudy Giuliani’s smear campaign that led to her being recalled from that post in April 2019. In his July 25 call, Trump said Yovanovitch was “going to go through some things.” During her public congressional appearance, Trump smeared her again. On Jan. 31, 2020, Yovanovitch retired from the foreign service.

#3: William B. Taylor Jr. replaced Yovanovitch as acting US Ambassador to Ukraine. He testified to extensive communications with Sondland and others about Trump’s evolving demands on President Zelensky. At first, Trump withheld a White House meeting unless and until Zelensky announced investigations into the Bidens and the 2016 US presidential election. Then Trump added to his leverage by withholding essential US military aid. Taylor called the scheme “crazy.” On Jan. 1, 2020, he was recalled from his post ahead of schedule.

#4: Jennifer Williams was a foreign service officer and aide to Vice President Mike Pence. She testified to numerous interactions between Pence and Ukrainian officials during the months when Trump was demanding a quid pro quo. She was also present for the July 25 phone call, which she found “unusual” because it focused on Trump’s personal political agenda. On Jan. 30, 2020, Williams requested reassignment to the Defense Department.

#5: Lt. Col. Alexander Vindman, a career military officer and National Security Council member, testified that he was so alarmed about Trump’s July 25 call with President Zelensky that he went to his twin brother Yevgeny — also a career military officer and an ethics lawyer for the NSC. Together they immediately reported the call to deputy White House counsel John Eisenberg, who buried the transcript in a server reserved for the government’s most sensitive secrets. During his congressional appearance, the White House used its official Twitter account to attack Vindman.

On Feb. 7, 2020, two days after the Senate acquitted Trump, he relieved Vindman and his twin brother of their NSC duties. To emphasize the point, Trump accused Alexnder Vindman of insubordination for telling the truth, and security escorted him out of his office at the Eisenhower Executive Office Building.

#6: Gordon Sondland was a million-dollar donor to Trump’s inauguration festivities. Trump rewarded him with an ambassadorship to the EU. But at the House hearings, Sondland testified, “Was there a quid pro quo? … The answer is yes…. Everyone was in the loop.”

#7: Laura Cooper testified that Ukrainian officials knew about an issue with US aid to that country as early as July 25 — the date of Trump’s call. She remains deputy assistant secretary of defense for Russia, Ukraine, and Eurasia.

#8: David Holmes is still an official at the US embassy in Kiev. He testified to a telephone conversation between Sondland and Trump that occurred the day after Trump’s July 25 call with President Zelensky. Holmes overheard Trump asking Sondland, “Is he [Zelensky] going to do the investigation?” Sondland replied, “He’s gonna to do it. President Zelensky will do anything you ask him to do.”

#9: George Kent praised Vindman and said that Yovanovitch had been the victim of Giuliani’s “campaign of lies.” He remains deputy assistant secretary of state for European and Asian Affairs.

Within hours of Trump’s acquittal on Feb. 5, the White House issued a statement attacking Rep. Adam Schiff (D-CA) and Speaker Nancy Pelosi (D-CA), saying, “Will there be no retribution?”

On Feb. 7 — the same day that President Trump fired the Vindmans and Sondland — Don Jr. tweeted:

The chilling effect is clear. But as profiles in courage emerge, their legacies endure.