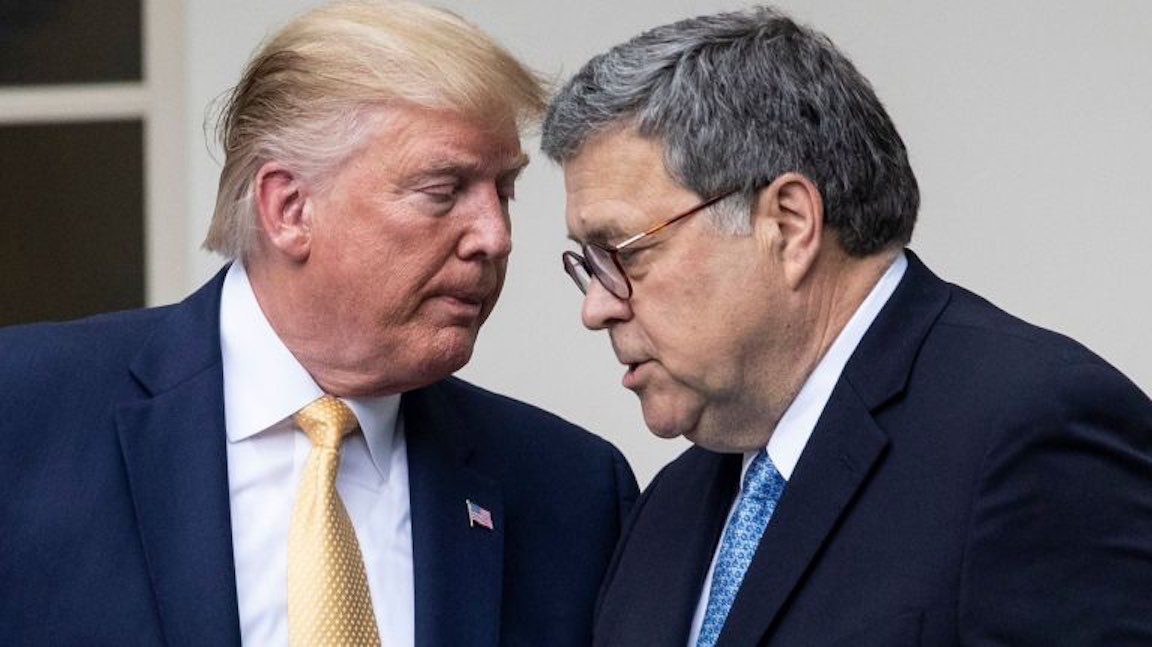 The sentence recommended by the prosecutors of 7-9 years  followed the US Sentencing Commission guidelines.  It took into account the aggravating factors that triggered their recommendation of additional time.  Stone’s behavior before and during the trial was outrageous.  He not only obstructed Congress and threatened to kill a witness, he threatened Judge Berman herself by circulating her photograph online with her face in the crosshairs of a gunsight.  Even if Barr denies that he colluded with Trump directly to recommend a lower sentence for Roger Stone, there is no reason to believe that he was not carrying out Trump’s twitter request.  In fact Trump has already applauded the DOJ for recommending a reduced sentence for Stone as he wanted them to. Post impeachment trial, all Trump needs to do to get his toadies in line is to tweet out his displeasure.  Barr and his team snap to attention and act to relieve his royal highness’ discontent.  Trump once again is acting as if he is our imperial majesty, not our president.  He and Bill Barr are torching the Justice Department by politicizing it.

Barr has shown his slavish obedience to Trump from the beginning of his tenure as Attorney General.  His disinformation efforts with respect to the Mueller Report findings were the first clue that Barr would be Trump’s Roy Cohn, the toady Trump wanted when he replaced Jeff Sessions as AG.  Barr’s refusal to open an investigation into the violations being flagged by the whistleblower (Ukrainegate) exposing Trump’s acts of extortion and bribery, were another clear indicator.  We know Barr himself was mixed up in Ukrainegate in some way because Trump himself told President Zelensky to contact not only Rudy Guiliani but Bill Barr as well to carry out Trump’s plot to smear Joe Biden.  Barr should have recused himself from any role in the review of possible wrongdoing with respect to Ukraine, but he did not do that.  Barr’s role in Ukrainegate was never fleshed out because the Senate Republicans failed to call any witnesses for the impeachment trial that was not a trial.  Senate Republicans joined the Trump team cover up and acted as co-conspirators instead of impartial jurors.  In recent days Bill Barr has also opened the door for DOJ to review Rudy Guiliani’s so-called evidence obtained about the Bidens from very tainted and disreputable people in Ukraine who have a history of lying and corruption.

It is terribly disillusioning to see our institutions buckle under as Trump, who has beaten impeachment because of spineless Senate Republicans, feels ever more emboldened to get his way on everything his little heart desires.  No rules.  Just right.  Trump could have said nothing to Barr via tweet and simply pardoned Stone after he was sentenced.  But he did not do that.  In true mob boss style, he wants to make a show of the fact that he has the raw power over Barr to act as his enforcer.  Barr is Trump’s new Michael Cohen but with far more power and potential to do harm.

Trump is not only unleashed and out of control, he is vengeful as well.  Trump is in the mood to punish his real and imagined enemies.  Colonel Vindman, a true American hero, was the subject of yet another shocking and disgusting Trump tweet in which Trump urges the military to prosecute Vindman.  For what?  For following the rules and reporting what he witnessed?  Yes.  Apparently that’s a crime now in this upside down world.  Vindman is being attacked by Trump because he ratted out our criminal president who was caught in the act of extorting the president of Ukraine.  Vindman’s faith in America as a place where truth matters and where right matters is being sorely tested as America becomes a place where the only thing that matters is King Trump’s happiness which comes from exerting his power and from satisfying his thirst for revenge.

As I have predicted (and I am not alone here), our country is relentlessly and rapidly lurching towards a dictatorship under Trump because this Republican Party is colluding with him, fears him and coddles him.  If the Dems led in the Senate as well as the House this would not be happening.

There is only one good thing about Trump being unleashed and vengeful.  He is a daily reminder to all of us how fragile our democracy is and how much much our vote matters in November. He is also a reminder that any squabbles the Dems might have between themselves during this primary are irrelevant.  Totally irrelevant.  No matter who is the Democratic nominee, everyone must vote and get out the vote to defeat King Trump.  Our justice system, our climate future, our standing in the world and global opportunities for economic success, the future of our democracy, the future for our children and grandchildren….all of this depends on us.

Fear Has No Place in America.