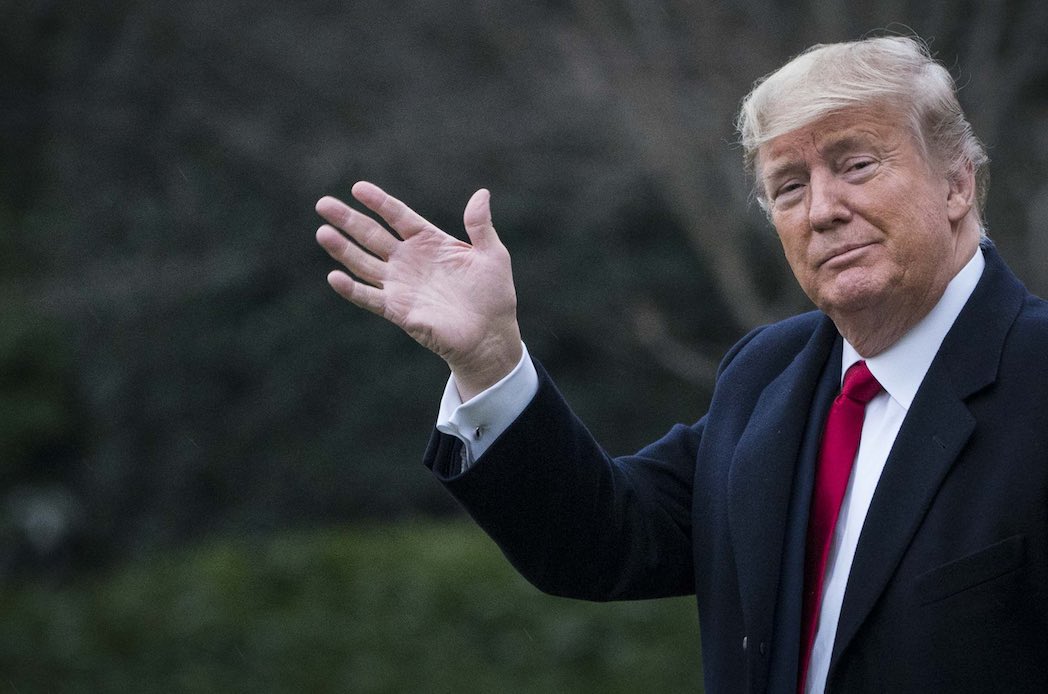 On March 13th, 2020, in response to the coronavirus pandemic, Trump belatedly declared a national federal emergency under the Stafford Act which made available 40 billion dollars of funding for the states to buy supplies and medicine and address other needs.  But he also declared he was “not responsible at all” and he has told us many times that the governors are in charge.  We the People aren’t stupid.  Anyone can see that this is how he plans to skate when the serial failures of his team’s management of this pandemic are more understood than they are even now.  Eventually every country will be judged on its rapid response to coronavirus.  Or its failure to act in time.  Our country has failed miserably so far because of lack of leadership at the top. Usually when there is a national emergency the president IS held responsible, and the buck stops with that leader whether they like it or not.  The response to Katrina was seen as George W. Bush’s fault, for example.  And deaths from Covid-19 (9,557) have already eclipsed Katrina (1,833).

Trump is, even now, positioning himself to deny responsibility and blame for the pandemic disaster gripping the country.  When Trump says “I leave it up to the governors” and when it comes to refusing to issue a blanket stay at home order leaving 9 Republican-led states without a directive that would save lives across state lines as well as inside these states, and when he forces states to vie with each other to get desperately needed personal protective equipment and ventilators, more people die.   Trump is setting it up to claim it wasn’t his fault that all these deaths occurred.

Trump has been laissez-faire about many things related to the pandemic.  He tells us that everyone should make up their own minds about whether to conform to CDC guidelines about wearing a mask even though we know that up to 50% of transmission may be from people who are silently spreading the virus and that if you are by chance a silent spreader, wearing a mask will protect other people who come in contact with you. By-the-way, he says he is not planning to follow that guideline himself.  That does nothing to inspire people to follow the CDC guideline.

And now Trump has put Jared “how’s the middle east peace deal coming” Kushner in charge of yet another new challenge.  Why is his son-in-law dealing with coronavirus when the guy knows nothing about public health crises and nothing about planning and distributing supplies? Looks like Trump is setting him up as another useful fall guy.  But he may also be doing something even more nefarious.

By putting Kushner in charge of developing a stockpile of ventilators, other essential equipment, and a unified response, Kushner may be busy hoarding scarce resources for Trump to dole out to loyalists including states that are devoted to him, rather than helping states that have immediate need for this equipment.

We are seeing some evidence of just such a plot to favor and protect those most loyal to Trump.  Kushner has said that based on HIS assessment, New York won’t be needing the 30,000 ventilators Governor Cuomo says they will need at the apex even though Cuomo says NY will run out of ventilators in 3 to 4 days.  No, Kushner, says, based on his own personal calculations, Cuomo is overstating his needs for the city of New York.

“I have all this data about I.C.U. capacity,” Kushner reportedly said. “I’m doing my own projections, and I’ve gotten a lot smarter about this. New York doesn’t need all the ventilators.”

Really?  Since when did Jared Kushner become an expert epidemiologist?  Dr. Fauci believes what Governor Cuomo is predicting.  More importantly, is Kushner up to something here?

Are we starting to see what may be a planful disbursement of limited and scarce supplies to Republican-led loyalist states over Democratic-led states?  Kushner has reportedly responded to direct calls from loyal supporters of Trump by sending equipment based on those personal requests.  But when the Democratic-led states ask for help, they get masks that are not the N95 masks that are needed, according to Governor Pritzker of Illinois, but “less effective surgical masks”; and Governor Gavin Newsome reports getting “170 broken ventilators” from the federal government.

Could it be that Trump is enlisting Kushner’s help to literally save as many loyal Republicans as possible and allow as many Democrats to die as possible?

If it were any other president that idea would be nothing but a sick, unrealistic conspiracy theory.  But with this president, that sick conspiracy theory has to be considered a possible reality.  I would not put it past Donald Trump to use the DPA or any other lever of power to force production of emergency ventilators and masks for the limited benefit of “his” federal stockpile which he will dole out to HIS loyal governors and HIS loyal followers and to hell with everyone else. Trump has never been the president of all Americans.  Why would he change now?

And Kushner may well have shown their hand in the coronavirus briefing on Friday when he made his first appearance in his new oversight role by differentiating between the states and the federal government’s stockpiles.  He calls the federal stockpile “OUR” stockpile.  Here is the quote:

Hey!  Who is “OUR”?!  When Trump talks about running the country he always uses the royal “we”.  He=the country.  L’etat c’est moi.  That leads me to believe that OUR stockpile is what he is thinking of as HIS stockpile to do with whatever he deems important for …what?  his re-election? for saving his buddies and pals in red states? for trading for favors like he did with the president of Ukraine?  This is not just a horrible, nightmarish conspiracy fear on my part.  This is, I am sorry to say, consistent with Trump’s thinking and behavior that we have witnessed for the past 3 despicable years of his presidency.

Adding to concern, there was a sudden shift in the management of scarce resources that was reflected in a sudden change in language on the HHS website. It may underscore what may be going on here.

Until Friday, the federal Health and Human Services website had reflected a markedly different approach to the stockpile. The “Strategic National Stockpile is the nation’s largest supply of life-saving pharmaceuticals and medical supplies for use in a public health emergency severe enough to cause local supplies to run out,” the website used to say, according to an archived search.

“When state, local, tribal, and territorial responders request federal assistance to support their response efforts, the stockpile ensures that the right medicines and supplies get to those who need them most during an emergency,” the website had said.

But the description changed Friday morning:

“The Strategic National Stockpile’s role is to supplement state and local supplies during public health emergencies. Many states have products stockpiled, as well. The supplies, medicines, and devices for life-saving care contained in the stockpile can be used as a short-term stopgap buffer when the immediate supply of adequate amounts of these materials may not be immediately available.” PBS

Now that Trump believes the coronavirus is a real threat, not a Democratic hoax or nothing worse than the common flu, we can expect to see him politicize the response to it because that’s how he rolls.  Many people have been wanting Trump to appoint a general to oversee supply and distribution across the country and have been baffled about why he would not appoint such a person.  But that assumes that Trump wants to help all Americans in a fair and impartial way. With Jared Kushner appointed as the interface for every agency engaged in this battle, we should all be worried that Kushner was placed there to protect Trump and his loyalists and that his goal will be to build a stockpile of scarce goods that Trump can use for his own personal purposes and gain.  I hope I am wrong.  But I am not naïve.  This is classic Trump.

It follows logically that Kushner is in the role of Trump protector but will also serve as Trump’s fall guy if need be.  When people realize that this administration has made a damn mess of the response to this pandemic, Kushner will be there as a useful punching bag.

Does Trump really think that he can win the next election by blaming a bunch of fall guys? governors, the liberal media, Democrats and Jared Kushner for HIS failures to act on time, refusing to issue federal stay at home orders, wear a mask orders, get testing, tracing and isolation response teams set up, make sure working ventilators were available, gather up PPE for hospital workers, advance planning for our phase of the pandemic rather than sending supplies to other countries? Our federal response will be compared and contrasted to the federal response carried out by other countries. So far we are not doing well by comparison.  Iceland, Germany, South Korea, and Singapore are doing way better.  Is Trump right to believe that people will accept the idea that others are to blame for his failures?  That did not work out so well for Bush with Katrina.  But Trump has succeeded in shifting blame before with the Mueller Report and Ukrainegate.  Is a pandemic different?  How will Americans judge Trump’s responsibility?

Read this AP article to learn more about our country’s response U.S. ‘wasted’ months before preparing for virus pandemic.  It reviews the way the Trump administration and specifically Trump himself squandered precious time and failed to lead. https://apnews.com/090600c299a8cf07f5b44d92534856bc  also Fox News https://fox4kc.com/news/u-s-wasted-months-before-preparing-for-virus-pandemic/