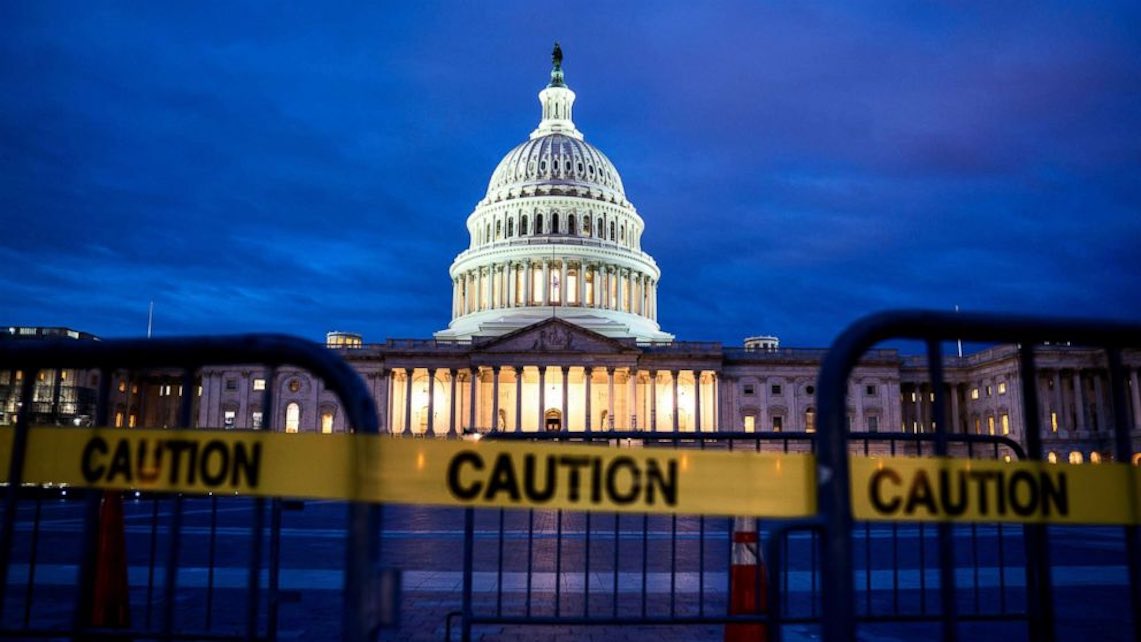 This is a war and many Americans are engaged in helping other Americans in this battle.

There are people sewing face masks on their sewing machines at home and giving them away to others who need them.

Some people have been organizing via Facebook, Instagram and Nextdoor to shop for the elderly in their communities.  They help their neighbors by going to the stores and bringing groceries to their doors and leaving the bags there.  They are reimbursed using Venmo and PayPal or via an envelope slipped under the door.

There are delivery and service people, grocery store workers, transit crew members, people working with the elderly and janitors who are staying on the job, doing what needs to be done to keep our communities functioning, some delivering needed supplies to people at home who cannot risk going out.

There are scientists across the globe working as fast and as hard as they can to understand this virus and how to combat it.  These scientific collaborations are taking place across the globe- developing antibody tests, for example, so that people can be readily tested to see if they have antibodies to this virus.  There are a dozen drugs in clinical trials right now.  If we can get testing going in a more robust way, there are people who could go back to work and school because they will not infect others. Global collaborations are going on without regard to country boundaries.  Everyone is  working together.

All of us who are staying at home are doing our part even though it feels like we are not doing very much.  What we are doing is the only effective tool to starve the virus by eliminating us as hosts.

And then there are remarkable heroes out there on the front lines confronting the virus every day.

The people on the front lines in the emergency vehicles (EMTs) and in emergency rooms (nurses, doctors, physician assistants, technicians) across the country are risking their own health every day so that lives can be saved.

Health care workers are at risk when a sick patient coughs as they are trying to intubate them or when a sick patient sneezes and the air is filled with infectious droplets.  The density of the viral load someone receives from a carrier can make the difference in how sick that person will become.

When someone contracts Covid -19 it is not yet possible to predict if that person might end up in the ICU.  The disease can start off slowly and gain intensity.  For others it can remain less intense.  The illness can seem very manageable for days and then on day 11 as the virus invades the lungs, it can send the person to the ICU as happened with Boris Johnson who is now getting oxygen in the ICU and has not communicated with anyone in government since Saturday. 15% of Covid cases end up in the ICU.  5% of those in intensive care need a ventilator.  Half of the people who need a ventilator do not live.

We have learned that some people have Covid but are silent spreaders (as many as 25-50% could be spreading the virus without having symptoms, based on extensive testing and tracking in Iceland).  At first, younger people were thought to be less likely to be at risk for admission to the ICU, but that is not certain anymore.  Trying to predict who will be a victim or who will die is not yet possible, although we are seeing high numbers of people of color affected by the virus (70% in Chicago).  Perhaps because of misinformation in their communities (there was a false rumor that black people could not get Covid) and perhaps because so many people of color are in jobs that require being on the front line delivering, cleaning and maintaining services sometimes without sufficient protection.

We have a lot more to learn about this enemy.  Currently there is no way to predict which of our health care workers will contract Covid-19 in the line of duty, but the lack of personal protective equipment is causing far greater exposure to our front line fighters.  That makes it even more remarkable that our front line health care workers are doing what they are doing every day across the country in the face of uncertainty for themselves and their families.  It takes a high degree of altruism and grit to do what they are doing.

These people are the best among us.  We do not know all of their names but they deserve our praise.  We owe them a debt of gratitude.

But we owe them more than that.  We owe them a functional federal government.

If ever we needed a fully functioning federal government to win this battle against an powerful lethal enemy, now is the time.

That functioning government has not been there for us or for the people who are fighting the war against coronavirus without the armor they need.  It is tragic that our federal government is run by an incompetent team of second-rate and third-rate Trump sycophants. The exceptions are Dr. Fauci and Dr. Birx, even Alex Azar of HHS who warned Trump in January in a written memo about the coming pandemic.  They have been trying to get Trump to do the right thing and listen to the doctors and scientists.  He has been resistant and all of us are paying the price for that.

Testing testing testing is the way out of the mess we are in.  Without it we are flying blind.  It’s like sending out bombers without radar to guide them.  And even though Trump says tests are plentiful, they are not.  Trump also claims that the states are responsible to do the testing.  No!  This is a national public health issue.  The federal government is needed to lead the way and it is failing to do so.  In part the government is failing because it has been hollowed out and depleted by Trump for the past 3 years.

Early in his administration Trump set about to diminish the federal government, depleting the trained government workers we need now.  For the last three years he has been shrinking government by firing people and not replacing them, putting “acting” people in positions of authority so that he could have leverage over them (no job security- no vetting by the Senate).   Trump always believes that he alone can fix it, so why have other people in government who just get in his way?  But that also means agency heads are not empowered unless they kowtow to Trump and staff are not there to answer the phones, to respond to the requests of governors, to follow up, to wrangle the needed supplies on the open market and do so many more administrative, mundane tasks that we need our federal government to do to be effective.

I hope this moment is a wake up call for Republicans and Libertarians. If we learn nothing else from this mismanaged crisis, we should learn the value of strong, smart, fully functional, responsive federal government and leadership at the top.

As of now, however, Trump has failed us and continues to fail us.  As of today, more Americans have died of coronavirus than from six major US wars combined: American Revolution, War of 1812, Mexican War, Indian War, Spanish-American war, Desert Storm/ Desert Shield. Those wars cost us 9,961 American lives.  There are, as of today, 10,335 reported deaths from coronavirus in the United States. Our country has the highest number of cases and deaths in the world and we are being told the next two weeks it will not let up.  It will be worse.

The Trump administration deserves blame for failing to get hospital workers and EMTs the protective armor they need to be safe: the masks, gowns, gloves, the plastic shields and other protective coverings that keep them from exposure to the virus.  The Trump administration has not acted fast enough.  They were dysfunctional and in denial, caring more about not offending Trump’s fragile ego instead of doing their jobs and telling the truth.

This will not be our last pandemic.  Because of global warming, scientists have warned us that we will see more of these battles in the future.  The good news is that people like Bill Gates and many others including those working in labs at universities, are trying to develop RNA based vaccines that could be rapidly deployed in the future.  They could have been ready by now but there was not enough interest in development. There will be ample interest now, I expect.

Let’s hope there is also voter interest in having a fully functioning federal government in the future.

I Want to Have a Boring President

We Are Not Safe In Trump’s America

Want to Help Save Our Democracy? – Here’s How