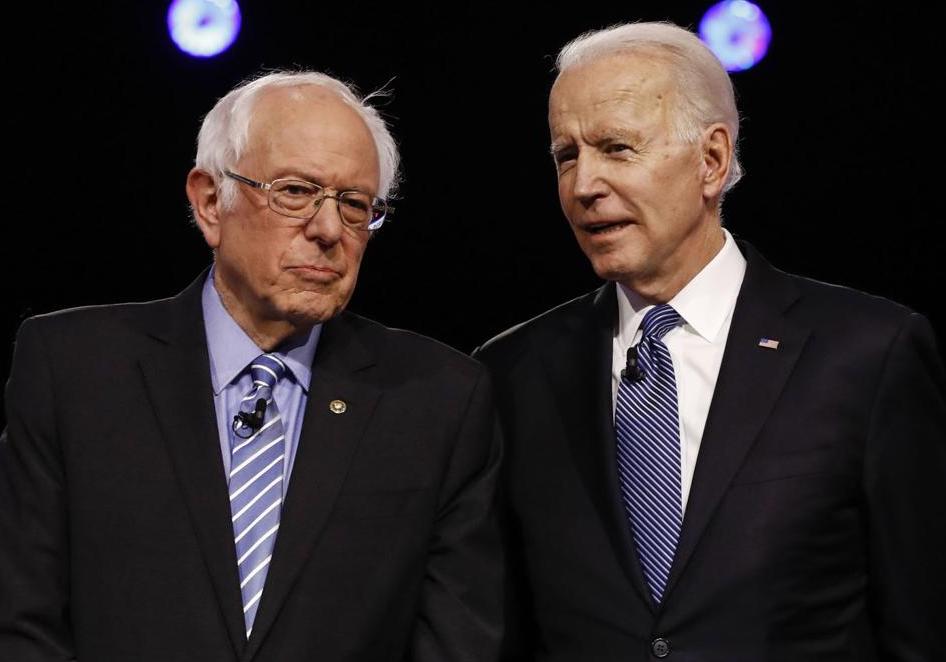 On April 8th I attended an hour long Zoom meeting with Joe Biden and Chuck Hagel and about forty other people to hear about what Biden intends to do going forward with his campaign.  Biden was about 10 minutes late to the meeting because Bernie Sanders had just conceded and Biden was finishing up a conversation with him.  Biden told us some of what he had talked about with Bernie- that he deeply respected him and his wife and cared about their friendship.  He recognized that Bernie hadn’t just run for office, he had created a movement, a powerful movement, with important ideas for the county.  Biden is listening to Bernie and he will definitely be incorporating some of these good ideas into the platform, specifically, he wants to eliminate some amount of student debt, develop lower cost educational options and find ways to help every single American have affordable health care.

One of the themes of the Zoom meeting was Biden’s intention to be a unifier for the country.  “Leaders unite people”, he said.  Chuck Hagel is a Republican and Biden and Hagel had fun talking about old times together.  Biden expressed hope that other Republicans could join his administration and be trusted to help lead the country.  “Our politics has been too ugly,” Biden said.  “We should not question the motives of people in the opposition party.” If you want to get things done you have to work with people on the other side of the political aisle.

Biden was convincing that he would try to do that, but given the Republicans he mentioned as those he would trust, Biden trusted not the Trump Republicans but the Republicans that would be thought of as moderates today.  Many of them have left the GOP and think of themselves as Independents now.  Some of them are putting together some pretty darn awesome ads that slam Trump.  The Lincoln Project comes to mind.

It seems clear that Biden wants to stretch the Democratic tent to include moderate Republicans as well as Bernie Sanders and Elizabeth Warren progressives.  This is not an easy thing to do in a country that is so politically tribal.

Biden also talked about the moral duty and responsibility of a president to lead, to rally hope, and take action in a crisis like this pandemic. He specifically said that the leader has to make sure that the troops on the front line have the materials they need and that includes the janitors as well as the nurses and doctors.

He talked about Trump’s failure to use the DPA, the federal power that a president can use in wartime to order companies to generate the supplies that our health care teams desperately need: the protective gear, tests, ventilators.  If he becomes president, Biden was clear that he would definitely use the DPA for this crisis which may well still be ongoing at that time.  He would step up to lead as the supply commander rather than claiming, as Trump does, that he is not a supply clerk.  Biden is well aware that the president has to empower the private sector in this way.  He would also call for a surge in testing.

The DPA is a very effective tool that we can and should be using immediately to surge our national testing to get it up to speed.  But Trump is not doing that.  He is refusing to do that. Trump is said to be holding back out of fear that he could be labeled a socialist if he ordered companies to surge their development of tests.  But without leadership from the president and the use of the DPA, that testing capacity will not be expanded quickly enough to meet the crisis we face and it will not be big enough to help our country re-open safely.  The epidemic will continue to create hot spots across the country and rise up again if parts of the country re-open too soon. Testing is desperately needed right now.

Biden was clear that he would surge the testing capacity, create drive thru testing sites all across the country, and insist that demographic data be gathered because we are learning that Covid-19 is causing 6 times the death rate in black communities which is the result of systemic discrimination- people of color have more underlying conditions such as diabetes and high blood pressure, many have jobs that force them to be on the front lines without protective gear, and many do not have health insurance.  Biden expressed concern about these problems.

Another theme Biden returned to numerous times was the erosion of our leadership in the world.  Biden was clear that “on day one” he would tell our allies around the world that we are back.  He would quickly re-establish alliances around the globe.  Trump, he said, has walked away from all our allies and multi-national alliances which is destabilizing for the entire world.  Biden expressed concerned that Trump has divided the nation as well as leaving the world in disarray.

Biden also spoke about having conversations with Barack Obama asking for guidance about how to choose a VP.  Biden will choose a woman and he feels there are many of them who are ready to be president.  Obama told him to choose someone who will fill out the ticket and provide expertise he lacks or has less of.

Barack Obama has also been having conversations with Bernie Sanders.  Now that Sanders has made the decision to suspend his campaign, both Barack and Michelle Obama are predicted to be more active and to express their ideas and have a voice.  The Obamas were waiting for a clear nominee to be identified before getting more involved.  Many Americans have been yearning for the Obamas to get more involved as the campaign for president becomes more defined.

Biden is in the process of vetting a team of younger capable leaders who will be part of his administration if he is elected.  Some of the strong candidates for president could become part of that group of people he will bring in and elevate to leadership roles.  Biden is the opposite of Trump when it comes to thinking he alone can fix it.  He said he knows he has flaws and areas of weakness and that he will listen to the experts and will empower others to get things done for the country.

There are people who have worried that Biden is not getting his voice out there and that Trump gets to have a rally every day when he takes the podium for the coronavirus briefings.  Trump’s rallies are not having the desired effect, however.  Instead of Trump’s ratings going up as they did for George W. Bush and other wartime presidents, Trump’s ratings are going down.  That’s because it’s Trump doing the Trump Show every day.  His overall approval ratings are generally back to where they were before the pandemic.

Lindsay Graham and other Republican allies who advise Trump, including the Wall Street Journal editorial board, have called on Trump to limit his briefings and let the experts talk instead of having the Trump daily grievance dump show every afternoon.  Trump has turned his coronavirus briefings into bitch and moan sessions in which he insults people like Governor Gretchen Whitmer of Michigan, who is trying to help the people of her state stay alive.  Trump is labeling her a “half-Whit” to the delight of his hopelessly misled base and to the horror of his corrupt Republican allies who want him to win in 2020 so they can keep getting rich and richer.

For anyone who wants Trump to lose in 2020, you really have to hope Trump won’t listen to his allies and will continue his coronavirus briefings so that all America can hear him lie some more and judge for themselves how ineffective he is as a president in this crisis.  Trump actually thinks Americans are tuning in to those briefings to watch him congratulate himself.  Trump has no clue that Americans are watching because it is a matter of life and death for them and their loved ones.  No, he really thinks everyone is watching HIM and that his ratings are through the roof.  Great. Let him think that.  Keep it up, Donald.  You are helping Biden.  At the rate you’re going Biden could probably just sit in a corner for the rest of the campaign season and win as you turn off more and more voters who don’t trust you and are sick and tired of the blame game you play all the time.