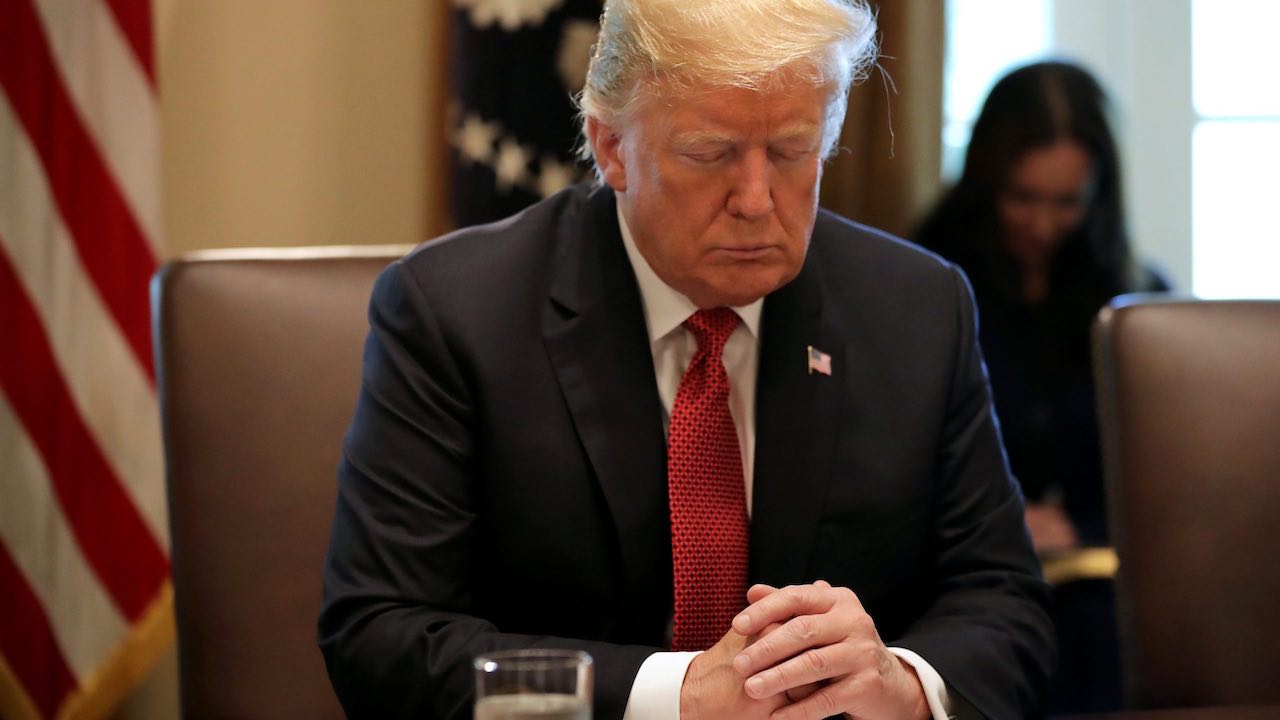 Trump is a flame thrower.  He only knows how to stoke crises and make them worse not better.  He is engaging in fights on many fronts as the pandemic continues, Americans lose jobs and file for unemployment in numbers not seen since the Great Depression, the economy is damaged and a black man dies at the hands of police, the death itself caught on a cell phone camera both shocking and horrifying, exposing, once again, the systemic racism embedded in our justice system.

For starters, Trump reflexively incited a culture war over opening up houses of worship. Friday, May 22nd, Trump proclaimed that all houses of worship must be reopened because they are essential.  Then on Sunday, May 24th, Trump attended HIS essential house of worship- the Almighty golf course. Trump golfed while Americans died from the pandemic. As of this post there are over 101,000 dead Americans and there is no end in sight when it comes to these unnecessary deaths thanks to Trump’s failures as a leader. Donald Trump has been anything but a God-fearing church goer, however his support from white evangelicals is one of the main reasons for his successful transition from reality TV celebrity to unreality president.  Without the support of enough evangelicals and white Catholics, Trump will not be reelected in 2020.

The pandemic is causing a shift in his support among religious conservatives.  This group is not certain anymore whether Trump is doing a good job responding to the coronavirus crisis. We already know that Trump’s poll numbers have fallen with women, and that voting bloc has hardened their views against him. To offset that loss, Trump’s reelection team had planned to amass more support from the religious community, specifically from white evangelicals and white Catholics.

If you dig deeper into the Pew polling data, you learn that 43% of white evangelicals and 52% of white Catholics think the current restrictions on public activity in their areas are appropriate.  Only 42% and 31% respectively think there should be fewer restrictions. More of these religious right voters say they are more fearful about the state lifting its restrictions too soon than about having restrictions in place too long.

Will reopening churches boost support for Trump? The freedom to go to church, get sick, possibly infect others, and maybe die yourself- is that really what religious right voters are clamoring for?

On Friday when Trump ordered governors to reopen houses of worship, he did not seem to know that is not something a president has the power to do. Trump’s DOJ is also threatening governors like Pritzker of Illinois and Newsome of California, claiming that they are going beyond their powers as governors by requiring shutdowns to continue with or without falling case and death counts. The Supreme Court weighed in on that issue in a rare night decision with Chief Justice Roberts joining four other justices to support the power of the state to restrict religious gatherings because of the pandemic.

Trump is also stirring up the culture war cauldron over wearing masks by refusing to wear one himself and attacking governors who are trying to encourage physical distancing and masks as well as encouraging groups of armed men to show up to protest if their states (like Michigan) are not opening up fast enough in their opinion.

Now with the unrest in Minneapolis over the shocking and horrible murder of George Floyd, Trump has poured gasoline on that fire as well by tweeting out threats to use the National Guard to use weapons against demonstrators and retweeting a racist statement from the 1960’s that earned him a smack down from Twitter for glorifying violence.

These acts by Trump are political moves. He wants to endear himself to his base which consists of many white supremacists and the religious right because he needs their votes to win in November.

Trump has been in hot water before in his presidency and he has emerged victorious. He has succeeded in destroying the former Republican Party, ridding it of moderates, and making it over into the party of Trump. He has tweet-bullied his way into terrifying the GOP lawmakers into slavish obedience.  Trump has survived all threats to his presidency so far by removing anyone who is not loyal to him. The recent firings of five inspector generals who oversee government agencies are some of the last people to be banished so that this administration can avoid oversight. The fact that John Ratcliffe, an unqualified, sycophantic Trump loyalist was rejected by the Senate as DNI in July but approved by the Senate for that job now, tells us that Trump has succeeded in totally bending the GOP to his will.

Are Republicans worried? Yes. They are fearful the Senate could flip. But instead of challenging Trump, most at risk GOP Senators still cling to Trump.  As AG Barr has said, with his usual snarkiness, history is written by the winners. It is looking more and more clear that the current version of the GOP will rise or fall based on whether Trump wins or not this November.

How are these crises likely to affect Trump’s reelection chances?

Unlike the Mueller Report (Russiagate) or impeachment (Ukrainegate), the way Trump handles this pandemic and unrest across the country is intensely personal for Americans.  Danger from a foreign adversary might seem far off and inconsequential.

When Trump first took office, many people warned he was unfit and said he was dangerous.  Others were thrilled that he would disrupt the status quo. Before he had a track record, it was not clear what kind of president Trump would turn out to be. Immediately after being elected, however, Trump showed us who he was: the Muslim ban, threatening Kim Jung Un, removing clean air and clean water regulations, yanking our country out of treaties that keep us safe, damaging our relationships with our allies that had been built up over decades, shattering norms and disregarding the law, trying to get rid of health care and all things Obama, being supportive of white supremacists in Charlottesville.

Until now, however, many Americans have not been personally affected in a way that threatened their lives or the lives of their loved ones. Trump said to black voters to get them to vote for him in 2016: “What do you have to lose?” He uses this sales pitch device used by con men everywhere to encourage people to vote for him despite their concerns about him.

Before the pandemic, it might have been unclear what Americans had to lose. But now it is extraordinarily clear.  You could lose your job, your business, your future. You could lose your mother and your father and others you love. You could even lose your own life. We could lose our democracy if Trump is re-elected. And if you are a person of color you could lose your life over in an encounter with the cops over a $20 bill and your president will not be on the side of fairness and justice.

Trump is not capable of leading this country.   Trump spends his time either lashing out or pretending things that are happening are not happening.  He lashed out at North Carolina because the state won’t assure him he can have a tightly packed in person convention this summer. He has a so called press conference in which he takes no questions from reporters and says nothing about the death of George Floyd and the public response in Minnesota and across the country.  Instead, he announces he is defunding the World Health Organization, turns and leaves the podium.

Turns out it REALLY DOES matter who is president.  A man who has no idea how to be a president does not deserve a second term.

Maybe some Americans who have supported Trump will come to understand the threat from this president in a way they did not before as more people experience personal losses and tragedies that will affect them far beyond the election this November. 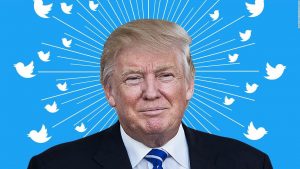 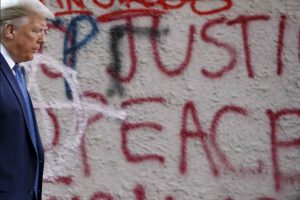