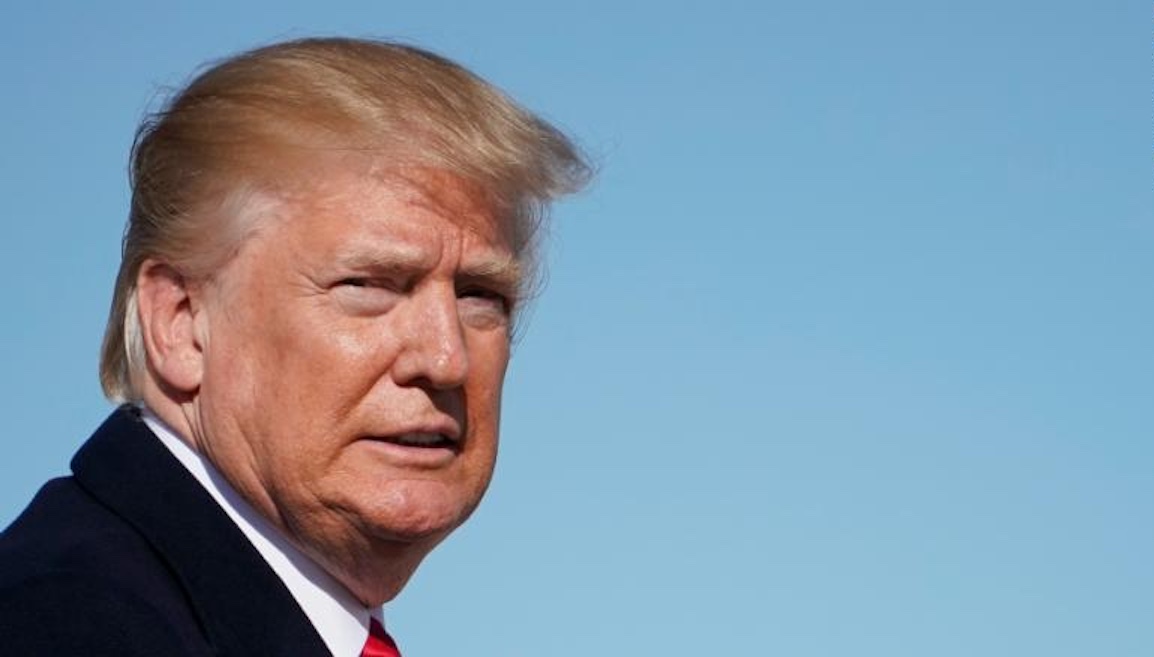 When Trump rode the escalator down in Trump Tower to announce his run for president, he began his campaign by immediately attacking Mexicans as rapists and evildoers. This would be the beginning of a campaign and a presidency that openly played to the backlash anger of many white Americans, especially low information white men, who had been seething with pent up rage at the browning of America. Us v Them was the theme. Good v Bad. White v Brown/Black. From the beginning of his campaign and throughout his presidency, Trump has been riding a wave of backlash both symbolically and specifically against Barack Obama (who symbolically stands for the browning of America.)

To appeal to his base, Trump has purposely trashed everything he possibly can that Obama established to protect Americans: environmental protections, protections against a pandemic, the way immigrants are handled at the border, guides for policing “pattern and practice” requiring oversight of police departments, LGBTQ health care protections and much more. This seemingly petty need to trash all things Obama has been deeply satisfying to many in Trump’s base who fear the browning of America and cultural change in general. Trump is breaking the toys of his hated rival which translates to his base as a virtual fist bump against the browning of America and the cultural change they fear.

These are symbolic acts, in large measure but they have real world consequences. Trump always tries to make his base happy by “owning the libs”. In the process of doing that he also pleases some corporate interests by removing the guardrails and regulations that cost companies more to have to comply with than not. But these acts have also created a massive backlash against Trump and that progressive energy and agitation is a gathering storm.  We see some of it in the streets of America.  But there is more that is hidden from view as many women in cities, suburbs and rural America reject Trump after 3 1/2 years of what they see as ineptitude and idiotic culture wars. Trump is lagging with women by over 25 points.

Trump was in a position as president to help his white supremacist base accept a new reality that has been coming and is undeniable, but he never even tried to do that. Trump now represents a tattered dwindling group of people who are stuck in the past where they rewrite reality to fit their fantasy world. He is stuck there with them as history rolls inexorably forward like a tank on a wartime mission.

Black Lives Matters is part of the much needed response to racism that has been brewing for hundreds of years but accelerated by Trump in the last 3 1/2 years. As long as the protests continue to be mainly peaceful, they will continue to gain ground with mainstream America because the majority in America is now ready for this cultural change.

Trump is backed into a corner of his own making at this point. He will not be able to fully affirm or accept this sudden cultural shift. To affirm all that BLM stands for would damage his standing with the white supremacist base he must retain to have any hope of re-election at this point: tough guy law and order, there are “bad apples” in the police department not systemic racism, white guys are special, black athletes should not take a knee, brown immigrant kids should be in cages and kept out of the country, all things Obama should be broken. Trump will do what he always does when pushed to go against the wishes of his dwindling base, he will give lip service to what the majority wants but leave the details to Mitch McConnell who will prevent real change.

Whether Trump and his base like it or not, however, we are in a new moment in history.  The past 21 days of street protest reflects the pent up need in our country to reject unfair treatment of all people without regard to skin color. Our country has crossed the rubicon. There is no going back. It seemed to happen almost overnight but was a long time in the making.

The pandemic pulled open the curtain:  healthcare consequences and economic fall out hitting black and brown Americans much harder, George Floyd’s murder at the hands of white cops and now the murder of Rayshard Brooks and so many others, the brutal clearing of Lafayette Square for Trump to have a symbolic display of law and order and photo op with a bible; the removal of protections out of petty hatred of Obama, all of this and more have moved many Americans to rethink their beliefs. Where they doubted that police were brutal before, they now realize that black and brown people live in a different America with different, unfair rules. Those white people peacefully protesting along with black Americans in front of the White House were gassed and assaulted by police with no warning. They got a taste of the brutality and the fear black people have to live with every day.

The Trump administration always tries to rewrite history to reshape reality to make it one they prefer. They are claiming that these protesters were pushed back by police because they were violent (no, they were not), and that the area was going to be cleared anyhow and it had nothing to do with Trump’s desire to hold up a bible in front of St. John’s Church (the evidence does not support that). History will not be kind to this administration, to the GOP, or to the white supremacists who are the wind beneath Trump’s wings.

The interesting irony is that Trump himself energized the movement that will take him down. Once Trump aligned himself with white supremacists with the Charlottesville incident where he said there were good people on both sides, he emboldened the far right wing of the GOP. They knew Trump was one of them and that he would protect them and their interests no matter what Trump said to sound more moderate. But Trumpism will not succeed because as Martin Luther King said “the arc of the moral universe is long, but it bends toward justice.”

Practically speaking here is how the arc of the moral universe is being forced to bend towards justice:

In short, the browning of America is already well under way. Many in positions of power do understand racial injustice, have personally experienced it and will work to eliminate it.

Law and order has also taken on a new, far darker meaning in the American zeitgeist compared to the idealized view in the 1950’s thru 1990’s where Trump and his base are stuck. It used to be that Americans believed in good and bad people with the cops being good and the law breakers being bad.  TV shows and movies these days have contributed to the shift in thinking for many Americans. Shows depicting police activity against “bad guys” are no longer uniformly good vs bad. Law and order is more nuanced these days.  Americans have been watching miniseries like Breaking Bad that give the watcher context, understanding and the back story about why people break the law. Bad guys are not just bad guys anymore. They are people trying to make their way in a hostile world.