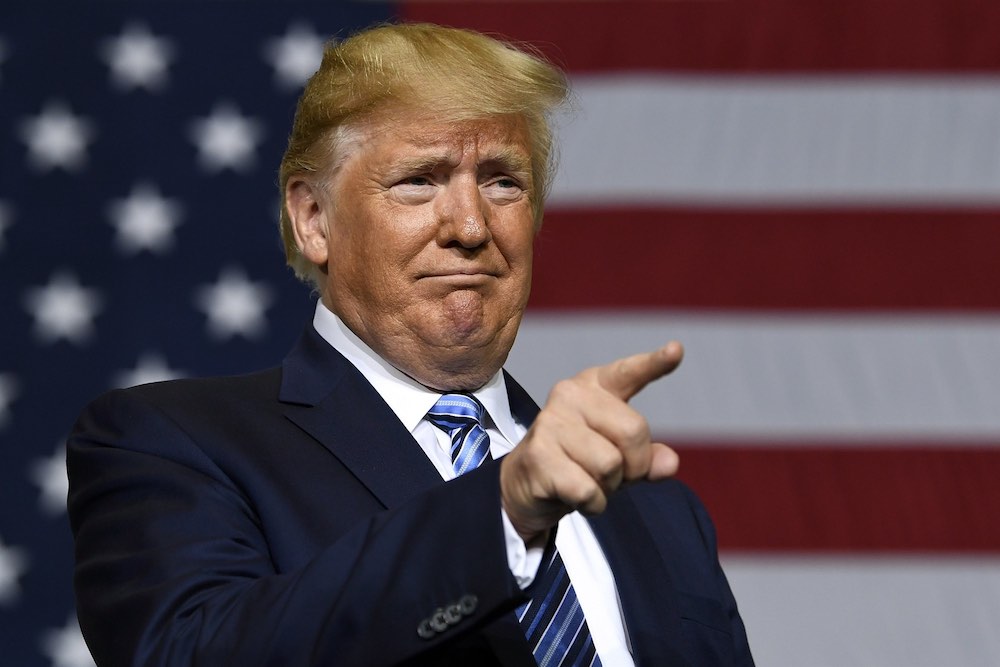 Trump is having his first big rally since March at the BOK Center in Tulsa, Oklahoma this Saturday, June 20th. The arena holds about 19,000 people. Trump says some 300,000 supporters want to come. Wow! Maybe Trump will have a second event!

Tulsa is currently experiencing an uptick in cases of Covid-19. As coronavirus spreads across the country, new hot spots are developing and Tulsa is one of them.  The Tulsa health department director has asked Trump NOT to have an indoor rally out of concern that the spiking case count and resulting need for ICU beds will overwhelm the capacity of local hospitals to meet the need.

But Trump is adamant. He will have his rally and pack in his supporters come hell or high water. Trump is hungry for adoration. If Tulsa becomes a hellhole of Covid infection, so be it. There’s nothing like a screaming crowd to lift Donald’s spirits. And since Trump never wears a sissy mask, his followers probably won’t either. Masks will be available and there might be an order to wear them. And there will be stations where people can use hand sanitizer. But with Trump as their role model it is doubtful that his adoring followers will protect themselves against a disease that he says is really not a big deal.

This rally is a set up to become a super spreader event. If you have even one or two people with an active case of Covid screaming and yelling in a closed in stadium with lots of other people nearby, you’re asking for it, according to not only Dr. Fauci, but all the other epidemiologists who have not been politicized (not on Fox News).

Here is where the rubber meets the road. Will you as a Trump supporter believe medical advice and science over Trump? Or will you believe the reality your president has created?  Because Trump has turned his back on the pandemic at this point. There are no more coronavirus press conferences. Trump rarely talks with Dr. Fauci anymore. There is no federal leadership for the country and the CDC has been pressured to be silent. There is no program for testing, tracing and isolating, which is what we really need to beat this virus before we get a reliable vaccine or treatment.

Trump wants to move on to talk about how great America will be with him as president for four more years despite the disaster he has failed to manage as the pandemic approached our country and Trump pretended it was a hoax. He talks about the pandemic in the past tense now. He has gotten VP Pence on board as a pandemic denier, writing an op ed in the Wall Street Journal on June 16th in which he says our country is doing better than mainstream media wants us to believe and there is no second wave of coronavirus coming. Pence may be right about the second wave thing- the pandemic is still in its first wave and the response from this administration is so botched we may never get to a second wave, only an endless first wave of rolling hot spots that flare up across the country until we get a reliable treatment or vaccine IF we ever do. Meanwhile Americans are dying in huge numbers.

As of today there are 119,000 dead Americans, known to have died from Covid-19 and many thousands more who died of the disease but were not counted. We are leading the world in  infections. Our rate is 5 times greater than any other country. Trump and Pence are trying to tell us that the only reason the case count is higher is because there is more testing going on. That is bullshit. The testing we do in this country is not the reason people are getting sick and dying from Covid-19. Testing more people is what we should be doing in order to trace and track and isolate people who could expose other people. Trump just doesn’t want to know that there are a massive number of cases in America. And he doesn’t want Americans to know that he is doing a terrible job of dealing with the pandemic.

Trump is creating an alternate reality for his supporters to buy into. The pandemic is magically ending, in the world according to Trump. Everything is going to bounce back to normal.  No!  Better than normal! Better than ever before!

So here we are in the moment of truth where the unreality reality TV president is going to test his supporters to see if they believe him when he says this virus is over or if they are going to believe science.

Tyrants throughout the ages have given their followers a narrative that fits a reality the tyrant wants to promote. Trump is not the first wannabee tyrant to do this.

But you have to wonder if Trump has been tutored by Putin since Putin is an old hand at disinformation.  The two of them have met without the translators yielding up notes afterwards and the two of them talk frequently by phone. You can imagine the conversation:

Trump:”How do I get my supporters to come to the rally in Tulsa where the pandemic is heating up since it could kill a bunch of these old worthless geezers?”

Putin:”Just tell them the virus is nothing to worry about, get Fox News and your VP toady to reinforce what you are saying, don’t wear a mask yourself, stop having coronavirus briefings and be sure to have them sign a waiver so their families can’t sue you when these stupid old guys get sick and die, then see if your followers buy that horse shit. If they do, you will have succeeded, comrade!”