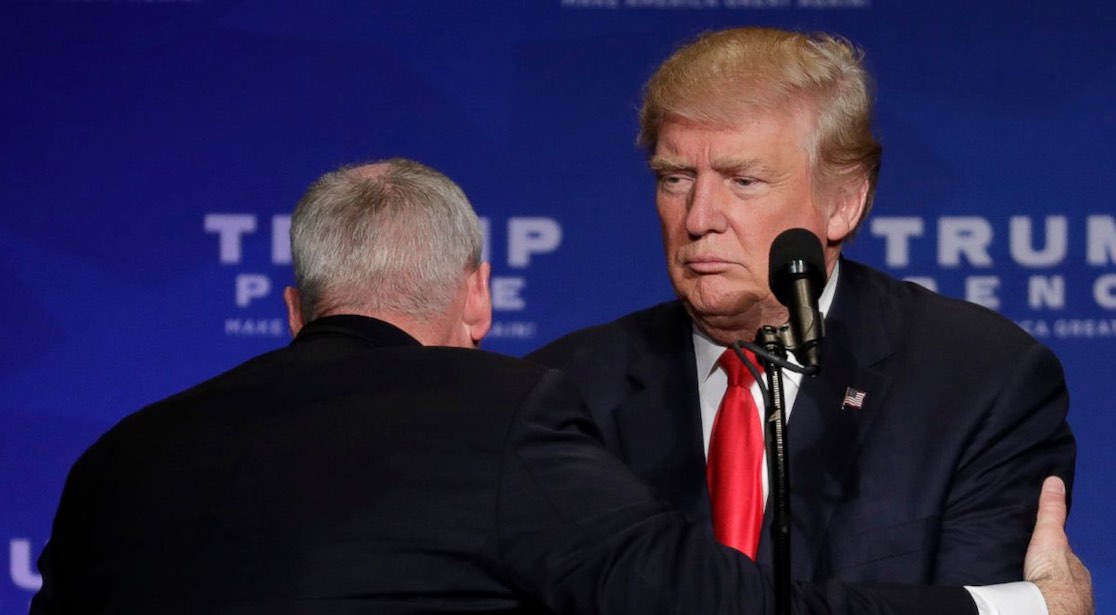 Things are not going well for Donald Trump, but that does not mean he will lose the election in November OR CONCEDE IF HE DOES LOSE.

Trump is cratering in the polls because he is totally f–king up everything a president needs to say and do to manage and control a pandemic which would also revitalize our economy.   He is also on the wrong side of history when it comes to the Black Lives Matters/police brutality protests.  Under greater and greater pressure, Trump is trying to find a way to win an election he cannot win unless he lies, cheats, suppresses votes, gets everyone to think mail in ballots are rigged, and basically steals the election instead of winning it fair and square.  This is nothing new for Trump. He notoriously cheats at golf, for example. But under intense pressure, Trump is descending into more demented thinking.

Trump is desperate for a quick fix against the pandemic which is currently killing Americans at the rate of one American every minute.

What could that quick fix be?

How about a vaccine? Trump is desperate for a super fast vaccine, but it probably won’t be ready for months and since many of his right wing base are also anti-vaxers it is hard to see how a vaccine will cure Trump’s problems.

How about a V shaped economic recovery? Trump could use a growing economy, but instead it is cratering. The U.S. economy suffered its worst quarter since at least 1875.

How about scaring suburban voters into voting for him? Trump would love it if a bunch of antifa anarchists created mayhem in Democratic cities. If only! Maybe he could get people to think that is happening, then he could portray his secret police Homeland Security force attacking them to protect the suburbanites and he could claim he is a law and order president. Portland was the test case.

Instead, his thugs were nightly teargassing a wall of suburban Moms, Dads, veterans, hospital workers, lawyers and an elderly mayor who have been mainly peacefully protesting- playing flutes and reading poems. This is documented by reporters, who had themselves been getting attacked by his so called Homeland Security secret police. Portland yielded Trump some footage that he can try to use to pretend our cities are swarming with anarchists, but the truth is that Trump’s thugs were the ones who created the terror.  Now that the DHS goon squad has left Portland, the city protest held Thursday night was nonviolent once again. Trump’s reelection team pulled their ad about how if Biden wins suburbanites calling for help from the police to help them no one will answer the phone.

How about a quack cure? Trump has taken to promoting hydrochloroquine again. (Did you know that Trump had the federal government stockpile that stuff?  Trump’s Fox News friends heavily invested in the stuff too. You have to wonder if Trump did also?)

Trump and the right wing echo chamber (Breitbart etc) have been praising a nut case by the name of Stella Immanuel, supposedly a doctor, who claims that demon sperm is behind this pandemic and hydrocholoquine is a cure- which it is not.

“It turns out Stella Immanuel has a history of making particularly outlandish statements — including that the uterine disorder endometriosis is caused by sex with demons that takes place in dreams.”

As Trump falls apart even more, get ready for more of these assertions from cloud cuckooland.

When in trouble, Trump tweets and falls back on authoritarian hopes and dreams.  His tweet today was about delaying the election.  That tweet was sent 16 minutes after the economic report was out showing the worst economic decline in the GDP since 1875.  I guess the good news was that Mitch McConnell and Lindsay Graham said no to the idea of delaying the election although Mike Pompeo and Bill Barr hemmed and hawed when they should have known better.  The Constitution is clear that the president doesn’t have the power to move the date of an election.  That is a power of both chambers of Congress acting together.  It’s not going to happen.

Yeah, things are just not going well for Donald Trump.

Here are some of the irrefutable facts Trump is trying to distract us from:

Our death count in this country is a shocking 154 K. Our case count is astronomical at 4.53 million. Unless the federal government takes decisive action NOW, that case and death count is going to skyrocket.

Covid is real.  Masks help to prevent the spread. Trump is not mandating masks. Instead he and the many in the GOP seem to think wearing a mask means you are caving in to Dems and being a ninny.

Here is some more proof. Herman Cain who ran for president when Trump was running and who was with Trump in Tulsa. Maskless. After a month long battle with Covid, Herman Cain is dead from coronavirus.

Louie Gohmert (Texas-R) was a Covid denier who thumbed his nose at wearing a mask. He participated in the hearing held on Wednesday when the House interrogated AG Barr. Gohmert was documented on film interacting with many of the Representatives, touching his nose, and fumbling with his bandana but wearing it only inconsistently.  As he was about to get onto the plane to go with Trump to Texas, he was tested for Covid and was found to be positive.

The economy is rapidly shrinking because of the mismanagement of this pandemic unlike other countries that have it more under control through mandated mask wearing and testing, tracing and isolating. This administration has totally totally fumbled the ball.

“The U.S. economy shrank 9.5 percent from April through June, the largest quarterly decline since the government began publishing data 70 years ago.”

“On Thursday, the government also reported that jobless claims increased once again last week to 1.4 million, another sign any recovery is stalling out.”

Donald Trump and his Republican enablers have to lose this election so our country can recover from the pandemic and the massive damage to our democracy.

We know Trump and the GOP will lie, cheat and steal to try to win this election.

THE WAY TO DO THAT IS TO SURGE THE VOTE.

There are a number of actions we can take that will make a huge difference.

The Markin Report is hosting a number of guest blogs from groups that are focused on how to flip the Senate and surge the vote to win win back the White House.  Here is the first in a series of these guest blogs.

From the Wisconsin Voter Registration Program

Last year many of us started looking north to make a difference in the 2020 presidential election … the critical battleground state of Wisconsin. Trump won Wisconsin by less than 24,000 votes in 2016, a fraction of a percentage.

Wisconsin is one of the leading voter suppression states in the country. It is dominated by a Republican legislature whose only hope of staying in power is by minimizing the number of people who vote.

Exactly the kind of challenge we were looking for!

The Wisconsin legislature, in its efforts to make voter registration more difficult, inadvertently gave us an opportunity. They eliminated “deputy registrars,” who had to be Wisconsin residents. Voter must submit their registration applications directly to local municipal clerks. But, anyone, including out-of-staters, are allowed to “assist” voters in this process.

We discovered a dedicated group of people in Milwaukee that had been registering voters for years, working outside of supermarkets, at farmer’s markets and, most importantly, in Department of Motor Vehicle (DMV) offices and joined forces with them.

We focused on the DMVs. They are the perfect places to register voters. Customers have plenty of waiting time, so they are willing to complete the forms. And, they have the necessary identification materials with them. As long as our volunteers register people on a non-partisan basis, the DMV offices welcomed us in.

We worked with the Milwaukee group and provided volunteers to augment their effort. Since last September, our team members drove up from the Chicago area and work in-person at the DMVs, helping people register. We worked at three DMVs in disadvantaged areas of Milwaukee (i.e. mostly Democratic). Our 225 Chicagoland volunteers, working with the Milwaukee group, registered just short of 2,500 voters in less than 6 months.

We shut down in March due to the pandemic and we started looking for something else we could do.

We not only found the right program, but it’s five times more effective than what we were doing … a way to register up to 50,000 Wisconsin voters before the November election!

Civitech, working with Rust Belt Rising, approached us to support this initiative.

Instead of driving up to Milwaukee, this is a remote program that our volunteers do from home. It is a well-organized, funded and proven effort that works through a multi-step process described below.

We joined forces with Civitech. Here is the approach.

In Step 1 mailers on voter registration are sent to targeted Wisconsinites. Civitech completely funds and coordinates this expensive step. Through a painstaking process, they have collected names and phone numbers for 150,000 targeted potential voters, like those who have moved in Wisconsin but are not registered to vote.

In Step 2, our volunteers will make “reminder calls” to each voter who received the mailer.

Our plan is to keep this extremely simple. We are developing short, visual materials we can e-mail in answer to any questions that registrants might have about such things as:

After the August 11 Wisconsin “Fall Partisan Primary,” our volunteers will start making calls and will continue go through September 30, a total of 7 weeks. Assuming each volunteer can average 20 calls per hour, we will need about 400 volunteers to reach the 150,000 prospects that Civitech has identified.

At this point, we are lining up volunteers. To reach our goal we need commitments for about 1,000 hours of calling per week. To-date, we have 246 volunteers, representing over 700 hours per week.

It’s easy. Sign up to volunteer.  This initiative is direct and impactful and will help to surge the vote in Wisconsin, which is going to be a key battleground state.  All you have to do is sign up with my friend, Bob Best by simply emailing him.  He will take it from there.  Tell him Sheila sent you. 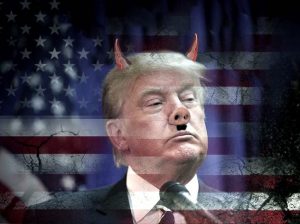