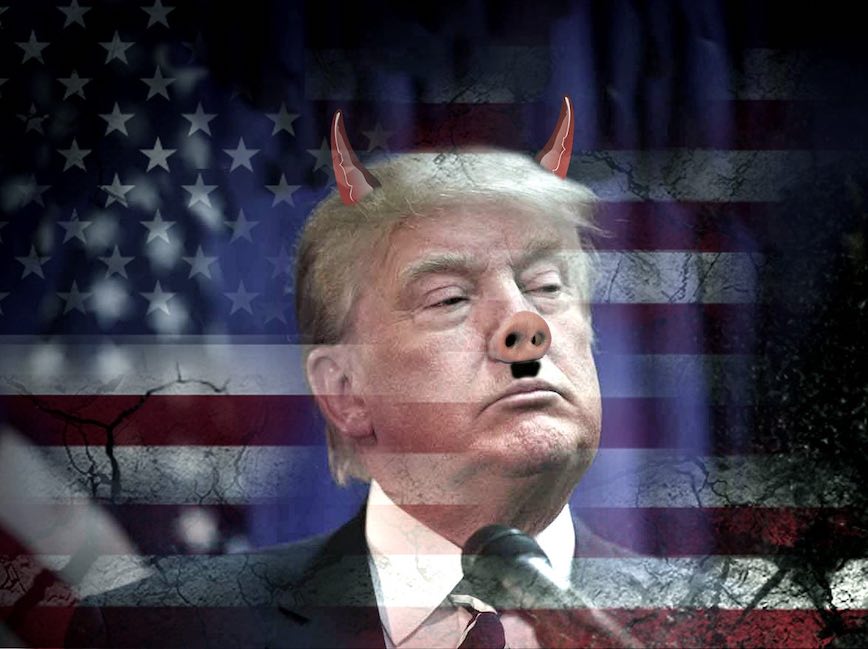 Mary Trump’s book about her uncle, Donald, “Too Much and Never Enough: How My Family Created the World’s Most Dangerous Man”, is a study of the familial petrie dish that grew the monster who is now our president.

I came away from the read more certain than ever that Donald Trump really must be defeated at the polls this November if we hope to continue to have a democracy. What Mary Trump’s book adds to a long line of books looking behind-the-scenes at Trump’s campaign and Trump’s White House, is a clear-eyed look at what it was like to live and grow up in this  dysfunctional family.  Mary Trump helps us to understand the reason Donald Trump is a monster.

One of the most telling vignettes in the book was a depiction of Trump “at work”. Mary had been “hired” (he didn’t pay her) by Donald to write a book about his amazing comeback story: “The Art of the Comeback”. Mary was given her “own desk in the back office of the Trump Organization”. She tried to get Donald to sit down for an interview to get stories she could use for the book, but he never would do that. Whenever she came to his office to try to talk with him, he would always be on the phone with his buddies talking about golf, or gossiping. “The calls, as far as I could tell, were almost never about business.”

At one point she accompanied him on a trip to Mar-a-Lago and while on the plane, witnessed how he handled his incoming mail. “One of his bodyguards handed him a huge stack of mail after setting a glass of Diet Coke next to him. I watched as he opened one envelope after another, then, after examining the contents for a few seconds, threw them and the envelope onto the floor. When a large pile accumulated, the same guy would reappear, pick up the wastepaper and throw it into the garbage.” I think this is how Trump handles all the incoming information in his role as president. He glances at his briefing papers for a few seconds and throws everything on the floor for someone else to clean up.

You have to wonder if Trump knows that he is not equipped to be a president. He is not strategic. He is a day trader. On some level does he understand that using heated up culture wars and divisiveness to help himself win reelection will only deepen the commitment of his dwindling base? The way he has politicized mask wearing, for example, has cratered his chance to have a strong economy right before the election, and THAT was his main goal. The way he is ginning up American carnage in Portland and calling himself a law and order president is misaligned with the majority of Americans who now support Black Lives Matters, unlike the  white folks in 1968.

In Portland, a mainly white city, facing off against Trump’s secret police, more and more people are amassing on the front lines every night. There’s the “Wall of Moms” wearing yellow shirts, the Wall of Vets, a “DadBloc” or “Leaf Blower Dads” wearing orange shirts, green-shirted Teachers Against Tyrants, the pizza-box carrying ChefBloc, health-care workers in their scrubs, and Lawyers for Black Lives, who show up to the protest wearing suits. This growing group of protesters faces off nightly against Trump’s secret police who lob tear gas at the crowd. Taking a page from the Hong Kong protester’s playbook, the Portland protesters are bringing leaf blowers to the front lines to blow the tear gas back in the faces of Trump’s secret police.  If the goal is to convince suburban moms to vote for him and fear Biden, I’d say Trump’s show of law and order is not going very well.

As for the pandemic, Trump has ruined his chances there too. If only he had stepped aside to let Anthony Fauci and a team of experts lead!  He could have been a hero. But Trump’s instincts kept him from doing that. Instead, he vilified Fauci and micromanaged the response to the pandemic.  Now Trump totally owns and is fully responsible for our disasterous pandemic response: over 4 million cases and over 160,000 deaths predicted by mid-August, a totally inadequate effort to have a unified federal response, insufficient PPE, no mandate for mask wearing, an ineffective to non-existent tracing and isolating program.

Trump’s poll numbers are under water in every swing state he needs to win in 2020. Biden holds an 11 to 13 point lead in many polls in a head to head contest against Trump. Biden beats Trump on every important metric except the economy. And hold onto your hats, the economy is about to take a deeper dive as the unemployment rate spikes up again.

Trump continues to fail to lead. He is bringing our country down with him.

You cannot have a healthy economy without an effective pandemic response- which we do not have.  Over 150 health care professionals have signed an open letter to the Trump administration asking it to shut down, start over again and do it right this time. That would damage the economy, but so will failing to contain the virus.

Trump and the GOP are about to learn the hard way that conquering the virus and having a functioning economy are one and the same thing,

Mary Trump is about to be even more vindicated in her assessment of her uncle as unfit to lead this country.

Americans are learning the hard way why you don’t choose a racist, con man, reality TV celebrity to be your president.  You will live to regret it… if you live.