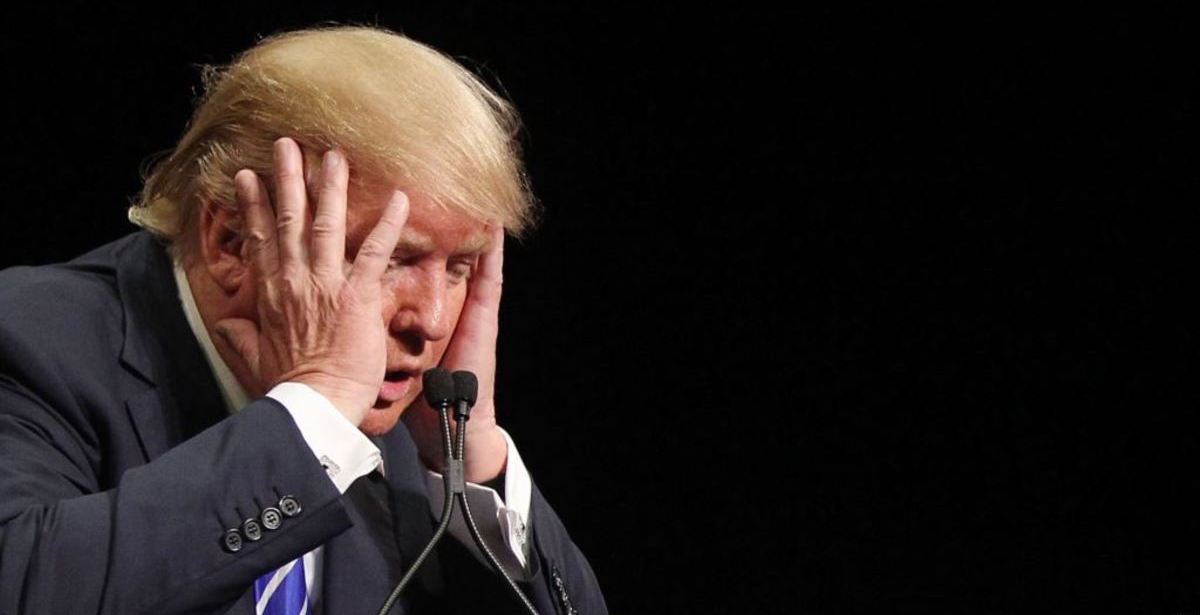 We are told that pandemics are apolitical. But this one might have a political agenda. It’s acting like it has progressive, liberal or even Never Trump political leanings. Could it be? Who knew?!

Covid-19 started out attacking the blue cities and states, not the red states and districts. But that, it turns out, was just a way to get Trump to respond with his usual political knee jerk reactions. Trump got tricked into thinking that only his political foes in blue states and cities would be affected by the epidemic. Since he is president only for his red white supremacist base, not for all the other Americans who are black, brown, women, or educated men living in cities and suburbs, why should he worry?  So what if those “blue” voters get sick and die?  No big deal. In fact, much better for him if they get sick and die because then they can’t vote for Biden.

The result?  Trump did not choose to implement a federal plan to try to stop the pandemic from spreading.  Early on, as the pandemic was gathering steam, Trump assigned Jared Kushner the job of creating an all nation approach like others countries had formulated to beat back the pandemic. Kushner put that together with a bunch of his buddies. But the plan they put together was never implemented.  It was mysteriously junked. Who junked it? Trump? Kushner?  That’s not yet clear. But the bottom line was: why worry if the disease only hurt Trump’s political enemies? The pandemic was on Trump’s side, it seemed.

Ah, but the pandemic may have pulled a fast one on Trump. Because it did not stay in blue territory. It turned and attacked the red states, red districts, and rural areas where Trump’s people live. It killed and is still killing a lot of Trump’s people because they listened to Trump and Fox News and still do and they were all about “give me liberty” and masks are for ninnies, going to bars and living their lives like there was no pandemic going on.  Florida is a great example of what happens when the governor follows Trump’s approach. Now that state has 500,000 cases. Trump has been the leading role model for pandemic denial.  Louie Gohmert is the poster boy in Congress for what happens when you don’t take precautions.

We know now in hindsight that Trump should have done what leaders of countries have done to successfully defeat the pandemic, namely, implement a federal plan to test, trace, and isolate as well as mandate mask wearing. That would have done a lot to prevent the spread of the virus to Trump’s people and not just his people, but all Americans. But by the time Trump’s people were getting hit- getting sick and dying in larger numbers, it was too late.  Trump had already mocked reporters wearing masks and failed to wear one himself and continues to misunderstand that we are doing badly when it comes to the death count compared to other countries and the extensive community spread of the lethal virus in America. He turned the management of this crisis over to the states which resulted in an unequal response across the country, and he had already famously said:” I take no responsibility at all.”

You have to wonder if the pandemic had this trick up its sleeve from the very beginning.  It pulled a Trump on Trump by conning him into thinking the pandemic was coming for the Dems and only after he bought that malarkey hook, line and sinker, it turned and attacked his cult base.

Trump’s cult has been coached to think a lot of contradictory garbage when it comes to Covid-19: it’s a hoax thought up by the Dems, real men don’t wear masks, schools should open up because children don’t get this virus (no!), gyms, bars, tattoo parlors and indoor restaurants should open up to save the economy, the virus was cooked up in a Chinese lab, Anthony Fauci created it or Bill Gates created it to make money, demon sex nightmares are a cause of it, and hydrocholoquine cures it (not!).  OMG what a bunch of junk!  Trump and his cult base have been taken in by conspiracy thinking and voodoo medicine when it comes to what they believe about this pandemic and how to respond to it.  The conservative echo chamber and Fox News are to blame for reinforcing many of these dimwitted, crazy, stupid, anti-scientific, just plain dumb ideas.

You have to wonder if the pandemic might have been just that crafty, that wily…. because it is hard to believe that Trump is so stupid that he could not see what was coming! Not only was he stupid but also so inept and narcissistic that he couldn’t allow smart people to chart a productive course for our country that would have included surging PPE, surging supplies and tests, following the guidelines left by the Obama administration, leading a federal response and listening to the experts.  But then, that is the very definition of this  45th president. He’s an idiot. And if you vote for him you are too.  Trump would blame the pandemic for his own failures before he would take responsibility, but he will blame Barack Obama first.  He always does.

To be serious for a minute, the reality is that the pandemic has been attacking people in blue states and black and Hispanics workers at most at risk as well as others who have been unable to protect themselves sufficiently given how widespread the disease is now thanks to Trump’s failure to lead.  In that way the pandemic doesn’t choose sides.  It’s a virus, after all. And, like Trump, its goal is totally self-centered.  Trump is just like the virus, in fact. He’s all about his own survival.  Not yours. 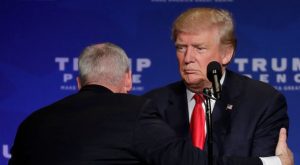