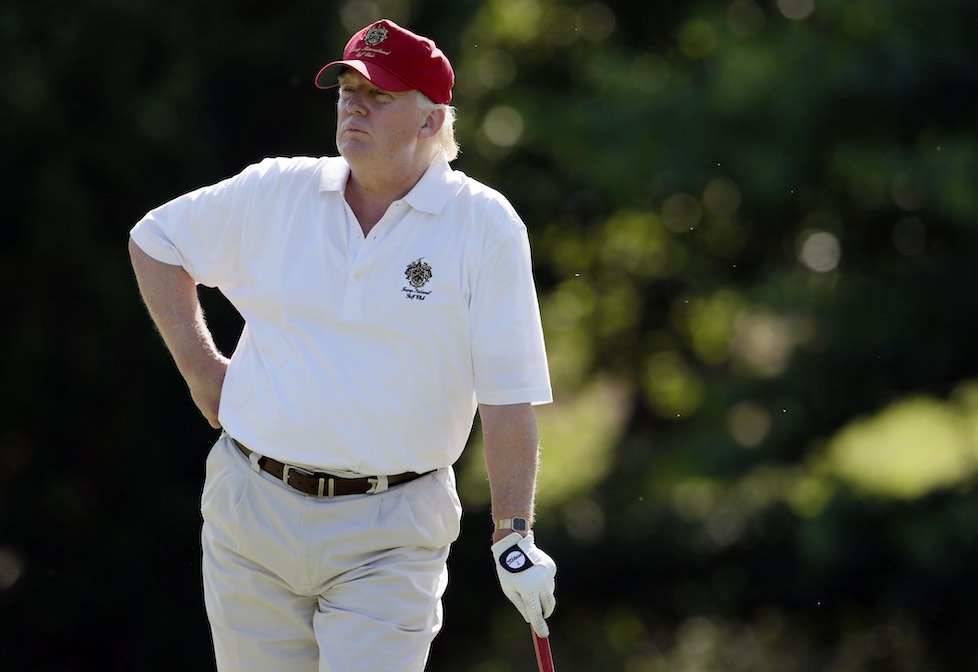 It’s August 9th, 2020. Americans are being evicted from their homes after losing their jobs through no fault of their own and Republicans refuse $600 lifeline checks for them. Americans are dying from Covid-19. Americans are having trouble recovering from Covid-19. Our GDP is in the tank. Our jobs recovery is stalling out. And what does Trump do? He goes golfing at his Bedminster club and holds a mini campaign rally there two days in a row.

As of today our country hit the 5 million mark for coronavirus cases.

Our country is 4% of the world population and we have 22% of the coronavirus deaths. That is 5 times as many as in all of these countries combined: Europe, Canada, Japan, South Korea, and Australia.

The pandemic is raging in our country and Trump’s response is inept and chaotic.

No wonder 75% of Americans say our country is on the wrong track.

Trump is not trying to manage the pandemic. Instead, he is trying to win reelection by using dirty tricks. Here are just a few of them:

2) We learned that the son of a Russian operative, named by our own intelligence agency as a source of disinformation, is funneling false information about Biden to two Republican Senators: Chuck Grassley and Ron Johnson of Wisconsin. The goal is to come out with a pre-election “surprise” that will damage Biden’s reputation and help Trump win reelection.  This means that there are at least two Republican Senators aligning themselves with Russian disinformation to influence our election.  We can also expect the so-called “Durham Report” to come out close to the election, which will be Bill Barr’s disgusting attempt to help Trump and hurt Biden.

On Wednesday, The Post reported that Sen. Ron Johnson (R-Wis.), chairman of the Homeland Security and Governmental Affairs Committee, is moving ahead with an investigation into presumptive Democratic presidential nominee Joe Biden’s family using documents provided to the senator by the son of a former KGB officer. Johnson’s actions are of such concern to the CIA, according to news reports, that the agency has refused to brief him. Think of it: Congress (specifically the GOP members of Congress) may become a forum for debunked conspiracy theories peddled by Kremlin proxies.(Exerpt from Sen. Blumenthal’s op ed in Washington Post today)

Trump is relying on dirty tricks to win reelection when what he should be doing is developing a federal plan to beat back the pandemic.

Instead of stamping his foot and demanding that schools reopen, our country needs to have a federal plan to reduce the level of community spread of the pandemic so that schools could be reopened more safely. If we coupled a lowered underlying transmission rate with extensive testing, tracing, tracking, and isolation, as well as a mask mandate, that combination could get kids back to school and their parents back to work. THAT would help our economy. But Trump is literally incapable of managing such a response.

Instead of doing the hard work to fix the problems our country faces, Trump golfs in Bedminster, NJ.  He hosted two mini rallies at his club with a bunch of club members, maskless, drinks in hand, who cheered him on and booed a reporter asking Trump about why the patrons were not following New Jersey’s pandemic guidelines.

In the first instance,Trump laughed it off that people were not following the rules. There were more than 25 people assembled. They did not wear masks for about a half hour. Then the staff handed masks out because images of the group were being tweeted out to the public. Trump said there was an exception for political events (yes, you may have 100 gather for a political event) and he jokingly called this a “peaceful protest”- probably referring to the Black Lives Matters protests that did not follow the rules for social distancing. Always the grievance president.

Trump has been AWOL in the talks about coronavirus relief going on in Congress. He sent mixed messages to negotiators which has made it impossible for them to know what he will sign. Trump didn’t go himself to work on the deal, the “great deal maker” sent Mark Meadows to represent him in the negotiations. Perhaps as a result, the negotiations have totally blown up at this point.  The reason is that the Republican Party is suddenly split. A portion of the GOP has suddenly remembered that they hate deficits and think that giving Americans money to live on will make them lazy, therefore, they oppose sending support checks to Americans despite the pandemic.  There are reports that these Republicans can see that Trump is toast and they are planning for a post-Trump world in which some of them are already jockeying for a run to be president. They are trying to show that they the hard ass former deficit hawks they used to be. Americans be damned.

Then Trump abruptly signed executive orders that are attempts to make himself look good. He bypasses Congress but the edicts all have hitches.

Breaking news: Trump just signed 4 executive orders which do not do what Trump claims they do. 1) One would give Americans $400 in weekly unemployment but the hitch is that 25% of this money is supposed to come from the states for Americans to qualify but the states are broke and begging for money from the feds after being left on their own to fight the pandemic. 2) This one says eviction protection should be considered but does not stop evictions from happening and 3) Some kind of student loan relief is ordered that would only defer payments to the end of the year and 4) He wants a deferred payroll tax, which is not determinative since the government could collect it at a later date.  When it comes to the payroll tax you should know that that tax funds Social Security and Medicare. If Trump wins reelection he has vowed to get rid of both of those programs.

The problem with these executive orders is that they are all problematic because they do not have the power of Congress behind them. This is what Trump always does. He acts without regard for the rules and by the time the courts have caught up it’s too late. Oh, and by-the-way, remember when Trump and the GOP got their panties all in a bunch when Barack Obama did anything resembling an executive order?  Obama was labeled a tyrant as I recall.

Trump would love to get credit for helping Americans so they will vote for him despite doing a bad job on the pandemic and failing to help negotiate a Congressional deal.

Trump also claimed once again that the pandemic is disappearing. (No it’s not.) It is everywhere in our country. It is surging in the Midwest again: Ohio, Indiana, Wisconsin, Illinois. And our death count keeps climbing.

There is only one way out of this mess. A blue tsunami. Vote for Democrats up and down the ballot so that our country can clean up the mess left by Trump and the Republicans.

That will help the post office avoid a crush of mail in November.

Send for it today!