Barack Obama’s eulogy to John Lewis was one of the most impressive, heart-felt, moving testaments not only to John Lewis’ life, but to the value of our democracy.  I hope you will read it in full.  It brought tears to my eyes. It was also a call to action.

Most eulogies do not veer into politics but this one was different.  John Lewis lived his life trying to help our country fulfill its destiny as a true multiracial democracy.  There is no way around being political when you are trying to accomplish that.  You have to wade into the political realm and slough through the muck if you want to try to change this country.  It is hard work. It is demoralizing at times. But somehow John Lewis never became cynical.

All too often, as I read comments from people on Facebook in response to what I write or what others write, there is a sense of defeat, cynicism, and hopelessness in many Americans today.  There is a lot we could feel realistically hopeless about right now.  But that approach to life and to solving the problems before us is self-defeating and it plays into the hands of people like Donald Trump, Steven Miller, Kris Kobach, Brian Kemp so many other right-wing people, white supremacists and Republicans who are desperate to stay in power despite the fact that they do not represent the majority view in our country.  If we are cynical, they win. If we are hopeless, they win.  Because if we are cynical and hopeless we won’t think our vote matters. If we rise up in full force they will lose.  We have the numbers. But some of us will have to go through a lot to be able to vote in November.

Barack Obama had this to say about voting in his eulogy to John Lewis:

We have got to be honest with ourselves that too many of us choose not to exercise the franchise; that too many of our citizens believe their vote won’t make a difference, or they buy into the cynicism that, by the way, is the central strategy of voter suppression, to make you discouraged, to stop believing in your own power.

We have to remember what John Lewis said: If you don’t do everything you can to change things, then they will remain the same. You only pass this way once. You have to give it all you have.  As long as young people are protesting in the streets, hoping real change takes hold, I’m hopeful but we cannot casually abandon them at the ballot box. Not when few elections have been as urgent, on so many levels, as this one. We cannot treat voting as an errand to run if we have some time. We have to treat it as the most important action we can take on behalf of democracy.

Like John, we have to give it all we have.

The next election will be the most important election in the history of our country.  We could lose our democracy if we cannot surge the vote and if Trump finds a way to stay in power.  Trump and his syncophants are clearly ready to lie, cheat and steal this election from us. But they will fail if we have a blue tsunami.

We can do this.  We have the numbers.  Trump’s base has gotten smaller and smaller as moderate Republicans flee the party that left them.  More and more people can see that Trump is unfit as a leader.  Pandemic deniers are learning the hard way that their family members die when they don’t listen to the experts and listen to Trump instead. People are leaving the GOP.

But the GOP is, predictably, evermore desperate as it contracts in size.  Trump is desperate. Trump is damaging the US postal service to create mayhem after the election if there is no clear winner after November 3rd. Republicans will put major obstacles in your way as you try to vote. They may make it hard for you to get a ballot in the mail, for example, or close polling places for bogus reasons, keep you waiting in line for hours. This is what John Lewis was talking about- this is where your courage comes in if you are forced to go to a polling place on November 3rd.

But be aware that there is an easier way to vote in most states. What is that?

GET YOUR MAIL IN BALLOT EARLY AND MAIL IT BACK EARLY.

This is the best way to surge the vote.  Get that ballot, fill it out immediately, and send it in.

If there is a massive repudiation of Trump and the GOP and in favor of the Dems and Biden, we could know the winner of the next presidential election earlier than many people are predicting. If Trump has narrowly lost, however, he will fight the result in the courts and try to stay in power. If Trump has clearly lost in a landslide, the transition will be far easier for our country.

Right now the Electoral College result indicates a landslide for Biden: 334 for Biden and 125 for Trump if the election were held today.  That would be a massive defeat of Trump. If, on top of that, the Senate flips decisively to blue, then there would be even more potential for a peaceful transition and an expulsion of Trump and the GOP from power. But we cannot count on that landslide. We have to work for it and do everything we can to make it happen and be even bigger. The bigger the better. Only then will our country get on the right track.

GET YOUR MAIL IN BALLOT EARLY AND MAIL IT BACK EARLY! 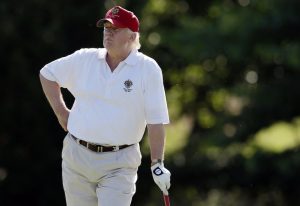 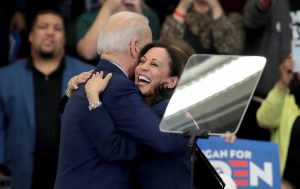 Next post Kamala Harris is the Right VP Pick