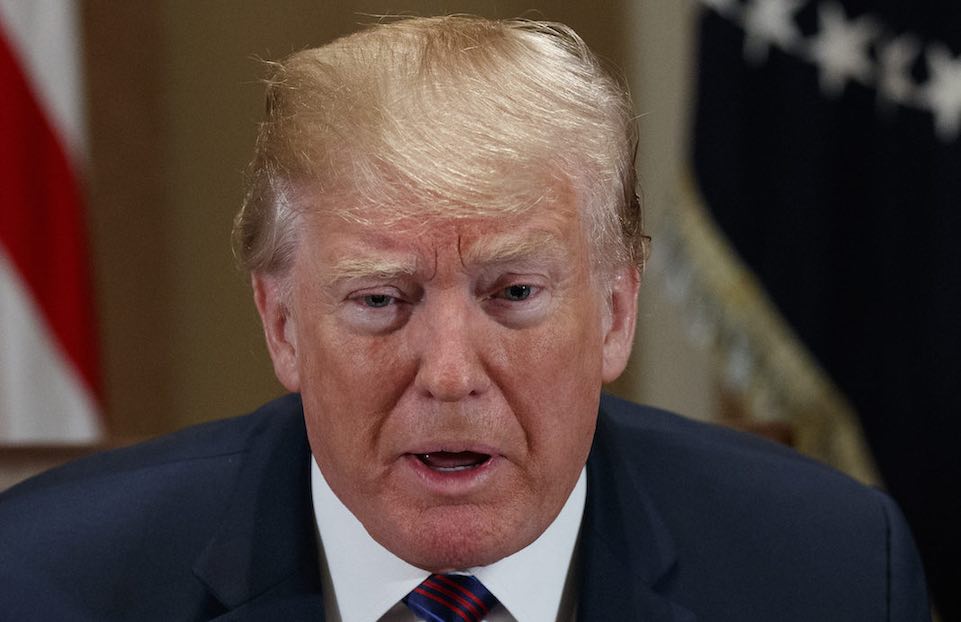 I have a secret. I know how to defeat Donald Trump. And I know how to win a democratic senate majority and many state and local down ballot races. I am going to share this secret with you and ask for your help.  It may be a surprise to you that there are millions of Americans living outside the United States. In fact, there are an estimated 9 million Americans living abroad and 6.5 million of them are eligible to vote. Through collective action, we can be the earthquake across the ocean that brings a million new progressive voters to the 2020 election and create the most needed “Blue Tsunami” in history. Let’s make this effort the most repeated story of 2020!

When Americans look back on the year 2020, what will we remember? It was a year that began with a threat of war and terror when in January, the US and Iran spent several days in agonizing tension. Later that month, the impeachment trial of President Trump once again revealed the toxic dysfunction of our government under his leadership. In February, the wind was knocked out of our collective chest when a beloved athlete, philanthropist, and family man, Kobe Bryant was killed in a helicopter crash along with his beautiful daughter and 7 others. Americans felt this loss on a deeply personal level and many began to wonder if 2020 was doomed.

Then in March, a nightmare so bad many of us never considered it possible for our generation came true: when we were faced with a global pandemic called COVID-19. People had speculated about how President Trump would lead if ever faced with a “real crisis”. We got our answer. President Trump failed to lead from day 1—weighing guidance from scientists and experts against what would help him politically, exploiting misinformation to sow chaos, and demanding praise and loyalty in exchange for doing his job. Our economy shuddered from the uncertainty, rolling shutdowns were carried out without cohesion creating a game of whack-a-mole to mitigate the spread of COVID-19 so that by the end of April, we had 1 million cases.

In the midst of skyrocketing cases, deaths, unemployment, and despair, we watched a police officer in Minnesota kneel on the neck of an unarmed Black man, George Floyd, for 9 minutes—during which time George begged for breath, his life, and his mother until he died in the street. This lit the match on the tinderbox of race relations in this country which was made worse by the exploitation of a racist Commander in Chief who has done everything in his power to divide and dehumanize our Black and Brown citizens and views himself as a “strong man” dog whistling to the country about “Law and Order”. Floyd’s death along with those of Ahmaud Arbory and Breonna Taylor and countless others were a tipping point for the largest collective protests our country has ever seen along with brutal clashes between civilians and police.

In June, President Trump hit the campaign trail yet again with a rally in Tulsa which would soon become a symbol of the ill conceived, premature reopenings across the country (especially in the South) that led to COVID-19 spiraling out of control across these states leading many to have to shut down again or mandate mask wearing—which Trump seemed to take glee in complicating and confounding. By July, with the country at over 100,000 deaths and leading the world in cases, President Trump appeared before Mount Rushmore to deliver a 4th of July speech that was both dystopian in its divisiveness and delusional in its disconnectedness. Reading words written for him by the odious Stephen Miller, Trump ranted that what was truly plaguing America was in fact not a plague, but the removal of Confederate statues!

By the end of July, over 20 million Americans were unemployed and 26 million Americans reported that they or someone in their homes was going hungry due to financial strain and yet, the $600 supplement to unemployment expired. The month of August will likely begin a devastating financial crisis for millions of families already in crisis. As we end this summer and enter into a fall we are likely to see a resurgence of COVID-19 compounded by the cold/flu season. This year is likely to get harder and we are not prepared. We desperately need new leadership. What I just described is what less than a year of Trump’s leadership in a global crisis has wrought, we can barely afford another few months let alone 4 more years.

However, COVID-19 has massively complicated the voting process, not just for Americans who will need to vote by mail domestically, but those Americans living abroad who can only rely on the USPS to cast their ballots. What’s more, President Trump appointed his crony, Louis DeJoy, as Postmaster General. He has already begun the process of slowing the mail service across the US. and removing hundreds of mail sorting machines as well as mail boxes. We can’t get comfortable that President Trump’s falling poll numbers and incompetence in handling the pandemic will guarantee a win for Joe Biden in November because elections in this country are always close.

We can’t hope for a “Blue Wave”. We need to generate a “Blue Tsunami”. In order to create a Blue Tsunami, we need what all Tsunami’s result from—an earthquake. Together we can be that earthquake.

The election will be close and we need to bring new voters into the process. We need enough of a winning voter margin that Joe is the clear undeniable winner. And we need the senate, house and state legislatures to turn bright blue also so we can recapture the country and the leadership that will get our country back on the right track.  If the blue tsunami happens, Trump will not be able to contest the election.

So how do we get the extra new votes that we need?  Where do we get 1,000,000 new progressive voters? We know how to do that and we need your help. Let’s register and secure the votes of the 6.5 million eligible American voters around the globe. This is our collective superpower…our networks and our ability to organize American voters abroad!

HERE’S HOW: Encourage every American living abroad in your life to register to vote at www.VoteFromAbroad.org Tell them to do this NOW. The deadline for Americans voting abroad in the 2020 election is accelerated.

*www.VoteFromAbroad.org can walk each voter through their state specific requirements and even offers a 24 hour help desk!

HERE’S WHY: There are 6.5 million eligible American voters living abroad and this huge voter demographic is largely untapped and growing. If they vote, they can have an outsized impact on the 2020 election and help Democrats WIN!

How will we look back on the year 2020 just before the ball drops at midnight on January 1st? We are likely to still be in the throes of loss and uncertainty with a global pandemic, economic turmoil, and the scourge of racial and economic disparities, but the final months of this terrible year could bring us hope for the change we need to keep our spirits up. If Biden and Harris win we can count on those leading our country from our House to our Senate to our Oval Office to care just as deeply about the outcomes for our families and futures as they do about their own. When the countdown to 2021 begins, will we know that we did everything possible to make that hope a reality. You can do this, you must. We all must. Join us!

Timing is everything and the TIME IS NOW. We can’t waste a day and we can’t waste a vote. Every voice and every vote counts. Please repost this article on your social media and immediately call, text or email your family and friends abroad with this link www.VoteFromAbroad.org