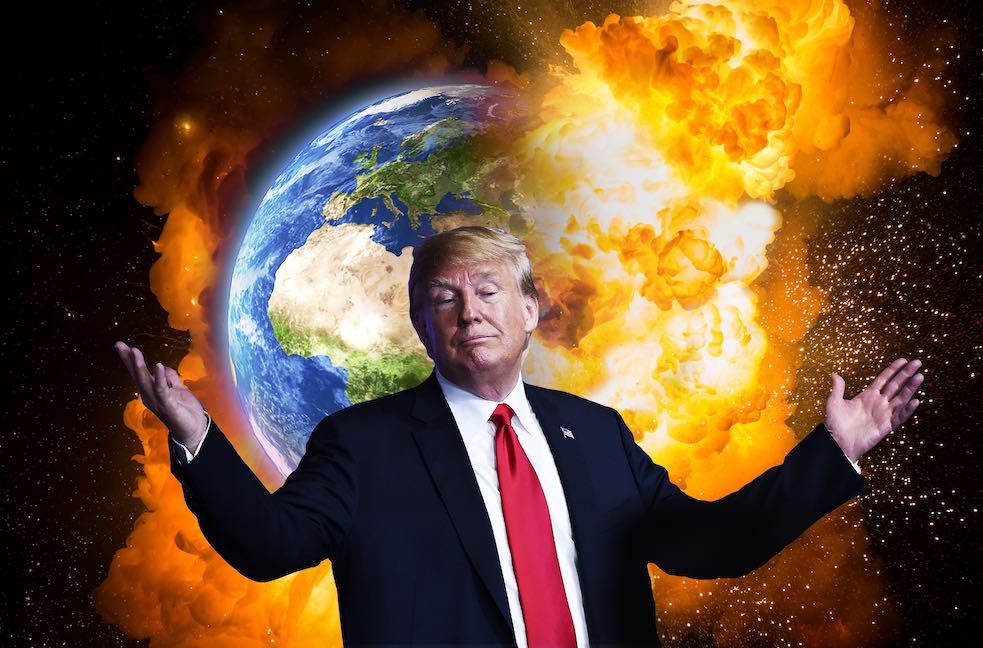 Trump’s epic fails made 2020 into a Change Election.

80% of Americans think the country is going in the wrong direction. You would think that if that many Americans do not approve of the way the country is going, they would blame the current president. But will that happen? When it comes to the 77,000 Rust Belt voters who put him over the top in the Electoral College, that group of voters in Wisconsin, Pennsylvania and Michigan continues to be pivotal to the future of our country because they still hold the power to put Trump over the top according to pollsters. Trump has, however, spectacularly failed that group of voters.

Take Wisconsin, for example.  The rural voters, dairy farmers, foundry workers and blue collar workers were hoping that Trump would stand up for the American worker based on what Trump was claiming he would do before he got elected. “Buy America” policies were part of Trump’s promises. But the trade wars Trump implemented with China resulted in retaliatory tariffs that hurt these voters in their pocketbooks and damaged their livelihoods: farms and large and small businesses.

After that, the pandemic Trump has not managed with any degree of competency made things even worse for them as supply chains were even more disrupted not to mention the devastating impact on our economy and the rising number of infected people and deaths. Currently we have over 5.55 million cases and 173,000 deaths with 1,000 Americans dying every day. (The number of cases is estimated to be 10x higher.  There is widespread UNDER reporting going on thanks to Trump’s efforts to hide the real numbers so he “looks” better).

In 2016 Trump had no track record yet as president.  He appealed to the average guy in places like Wisconsin, because he sounded like the average guy and portrayed himself as a successful businessman even though he was a failure. He was elected on a promise to disrupt Washington and drain the swamp. But that was then. Now he has a track record. And it is not good. Trump failed these voters who handed him the election in 2016. He disrupted our trade with foreign partners and filled the swamp with his pals. It would make sense to think that voters in the Rust Belt would support Biden after being hurt by Trump.

But Trump also has a cult, you say. True. Many of his cult voters will still want to vote for Trump. That’s true for some, but not for all of Trump’s 2016 voters. Turns out, many are open to voting for Biden.  It matters how you talk with these folks to encourage them to vote for the Dems.   Campaign workers and people running for office have learned a lot about how to encourage these former Trump “trier” voters to vote instead for the Democrats this time around.

What we are learning about Wisconsin, for example, is that if you win the suburbs of Milwaukee and listen and engage with the white rural small town voters, the Dems can and are winning back many voters who went for Trump in 2016.  Many of them now now favor Biden 46 to 21 in recent polling.  Nonetheless, some voters still have trouble pulling the lever for Democrats in this tribal political time we are living in.

There is a way to message effectively to convince some former Trump voters who have trouble pulling the lever for a Democrat. This approach is being employed by many people working with the Dems right now as they have conversations and open up communications with this sector of the electorate.

Here is the way to do it.

1) Avoid demonizing former Trump voters. Talk with them instead about whether they are happy with what has happened to their hopes and expectations about Trump and his promises.

2) Don’t talk down to anyone. Don’t argue. Talk in a quiet, calm voice and be curious about what the other person thinks. Listen to them even if you disagree.

3) Talk about how the pandemic has created supply chain problems and ask whether that that was really necessary.

4) Point out that Biden has experience leading an economic recovery and the recovery he led after the recession in 2008 was a big success and also the longest sustained recovery in US history, lasting until Trump was president. Our economy began to go bad when Trump failed to manage the pandemic.

5) Point out that unless we get the pandemic under control our economy will not be healthy either. Biden already has experience handling a pandemic (Ebola) and no Americans died of it.  Biden led the effort to contain Ebola. He knows what to do and will listen to experts. As of today over 173,000 Americans have died under Trump’s failed leadership. Many more will have long term physical symptoms and after effects from this virus.

6) Focus on “all of us” vs the fat cat, corrupt people that Trump has been helping and protecting.

7) Avoid talking about Dems or Republicans. Talk instead about how “everybody matters” and we are all in this together.

8) Ask if he or she is tired of all the drama and instability, the tweeting and the chaos. Wouldn’t it be nice if our government was stable and run by someone who is a good manager, who hired competent people instead of all this dysfunction?

Prediction of a change election coming

Alan Lichtman is a professor of history at American University.  He predicts election results. For four decades he has always been right in his prediction. He uses 13 keys to make his prediction.  He doesn’t think in terms of Dems or Republicans. Instead he asks a series of questions about the party in power. If 6 or more of the answers are false, the country is in for a “change election”. Here is his assessment this year.

Based on Lichtman’s assessment, Trump should lose. Based on this assessment 2020 will be a change election. What Lichtman’s checklist gives us is a litmus test of the electorate’s general satisfaction with the way things are going for America in the world and within our country.

It is clear that the economy, which Trump planned to run on, is now doing poorly on a short term and long term basis.  The stock market has been hitting new highs but that is partly the result of the Federal Reserves’ efforts to juice it (with 3 trillion dollars).  The stock market is not, however, the same thing as the economy being experienced by the general electorate. The fact that Trump has been both a lightning rod for social unrest and that he has ushered in a shocking level of corruption is going to come back to bite him if Lichtman’s checklist is right.

One element of the checklist that I think may be different in this election is the issue of charisma. Trump is actually seen as charismatic but only for about 30% of the electorate, his white supremacist cult base.  Biden is seen as an antidote to the chaos and dysfunction and represents a stark contrast to Trump’s outrageous behavior and overwhelmingly malign and racist character.

I think a case could be made that Biden is just what the doctor ordered by being UNcharismatic. Biden stands for good management instead of mismanagement, honesty instead of lies, humility instead of self-aggrandizement, abiding by the law instead of defying the law, quiet instead of brash. His character is arguably the polar opposite of Trump’s. Even Trump’s own base could do without his incessant bullying, tweeting, grandstanding, and 20,000 lies.  I would argue that what Americans would prefer after 3 1/2 years of Trump is not a flamboyant charismatic leader but an uncharismatic one who gets things done for the American people and lets us all go about our lives without having to constantly check our cell phone news feeds to see what friggin idiotic thing Trump has done now.

If this is in fact a change election and Trump is voted out of office, that result will have been brought about by Trump himself.  He could have been a hero when it came to the pandemic if he had listened to his experts and not let his arrogance get in the way. That would have boosted the short term and long term economy.  Given Lichtman’s checklist, that would have resulted in his reelection (only 5 “false” answers). But he didn’t do that.

Trump juiced the Black Lives Matters social unrest.  He did not need to do that. But he did. He made the social unrest worse.

When it comes to corruption, this administration has been a disaster. Trump did not drain the swamp, he added to the swamp and HE HIMSELF IS the swamp. This was not something he had to do. His corruption and self-dealing are epic.

Trump has made everything about him. This election is almost solely a referendum on Trump as a president.  Some people have said they would vote for anything other than Trump. They would vote for a ham sandwich rather than vote for Trump. His actions, comments, tweets, failures to act and disruptive activity as well as the people he has chosen to surround himself with, all of this will be judged in the upcoming election.

The problem, however, is that Trump is not like any other former president.  He is without a doubt going to try to stay in power by cheating. We already know this. So we have to try to get as many voters out to vote as possible and if you are in a position to talk with persuadable former Trump voters in key battleground states, you could help to make the blue wave into a tsunami by following the roadmap in this post.

If there is a blue tsunami, Trump will be forced to leave office sooner and the pain we will all be subjected to during that transition after the election and before January 20th at noon when the powers of the presidency are magically removed from the old president and bestowed on the new president, will be far less exhausting. If the result is a narrow victory for Biden,  however, Trump will dig in and try to stay in power by alleging the election was rigged.  He will do that anyhow, of course, but the bigger the blue wave, the more unconvincing his argument will be.