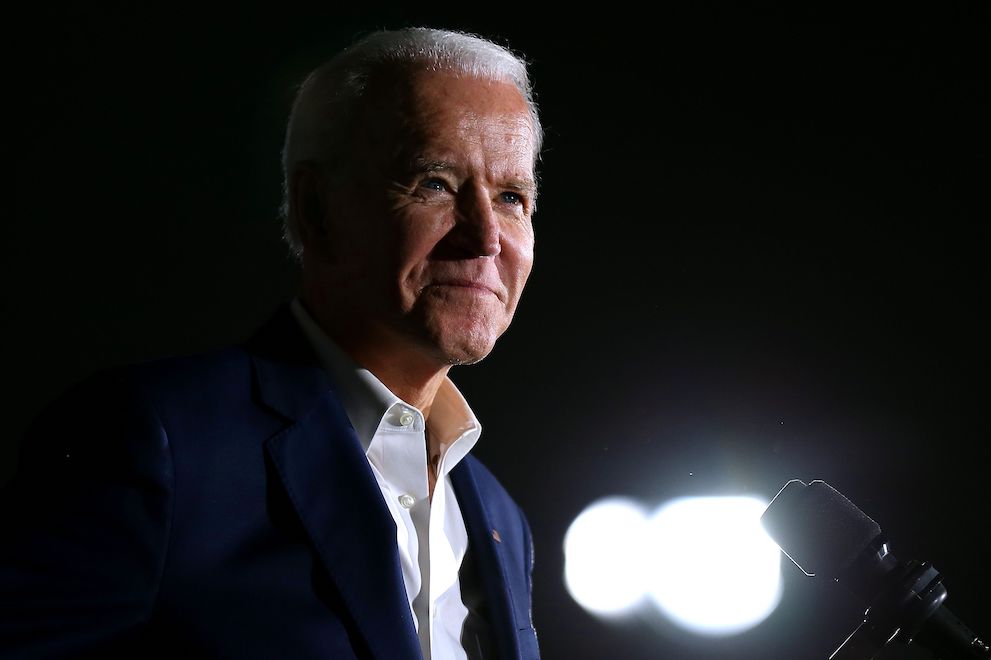 The Democratic Convention presented the case for firing Trump and hiring Joe Biden and an all star team he would bring with him in 4 nights and 8 hours of highly entertaining and often profoundly touching presentations. The Democratic Convention was more intimate because it was forced to move to a Zoom style format in which the presenters spoke directly into the camera talking with us not at us in our homes. Clips consisting of old photographs and filmed footage were woven in masterfully to tell the back stories of the candidates and the causes that are front and center in America today. The American people in all their individuality were featured time and time again an updated multicultural version of a Norman Rockwell portrait. The focus was on “We the People”, and what Americans needs and want at this perilous time in our country facing four crises: the pandemic, a broken economy, social unrest and an attack on fair elections.

We were introduced to Joe Biden in this Convention not only through his political friends, family members and personal acquaintances, but also through those people whose lives were deeply affected by Joe. Most extraordinary was a 13 year old boy, Brayden Harrington, who met Joe Biden at a townhall event where Biden took him under his wing. They are both stutterers.  Brayden was encouraged and counseled by Joe (who counsels and encourages about 25 other people who stutter). Brayden had the courage to appear on national TV to tell the story of Joe’s support and to endorse Joe Biden. This testimonial was authentic and touching.  It was possibly the most telling moment in all of the 8 hours of presentations about this candidate. Biden has worked hard to overcome his stutter and we heard about that campaign he waged to learn to be able to speak more fluidly. But the battle is not totally over since he has to work every time he gives speech or does a talk to think through what he is going to say and mark up his notes. When he is speaking extemporaneously he can slur his words as they come out.

Trump, his campaign, and many other nasties on Fox News have made much of that in their attacks on Joe Biden. They portray him as “sleepy”, befuddled and close to dead.  But Biden’s acceptance speech was not sleepy or befuddled. It was powerful and effective.  He slammed Trump for failing to do the most important job a president is entrusted to do – to protect the American people. Biden prosecuted the case against Trump and did it well. By openly telling us about his stutter as an issue he has had to deal with and overcome and by showing his journey through the eyes of a young boy struggling with the same problem, helped by Biden to believe in himself enough to appear on national TV, stutter and all, I think Biden’s campaign may have effectively neutralized Trump’s assault on him. If Trump now tries to mock Biden as he has done before, it will likely backfire on Trump.

Biden was introduced on the fourth day of the Convention to an American public that “knew” Joe but really did not know him that well. Joe is a remarkably empathetic human being whose losses and struggles have helped him to be caring and compassionate with everyone he encounters in his life, even a black woman elevator operator, who met him on his way to an interview with the New York Times to ask for an endorsement which he did not get. Her endorsement of Biden, however, turned out to mean much more because she was the first person to nominate Joe Biden to be president at this convention.

Joe’s backstory and personal losses were known, but the depth of his pain was not. That was revealed by the footage in film clips showing his wife and daughter who died, his two sons in the hospital after the accident, the story of Beau’s life and how much he influenced his Dad. The clips and comments from people who have known Joe Biden for many years helped to tell the story of how he has dealt with the losses in his life and persevered, how he relied on his religious faith, found a wonderful new woman, Jill, and convinced her to marry him and help him raise his two sons, then add to their family with a daughter.  All of this was woven into very compelling video which was handled masterfully by the producers.

At times the convention felt like a skillfully done documentary, at other times like the Oscars without the audience, at other times like a celebration. There were compelling and relatable talks from people we know endorsing Biden and Harris: Mayor Pete, Corey Booker, Senator Chris Coons, John Meacham (historian), Elizabeth Warren, Barack and Michelle Obama, Bernie Sanders, Gabby Giffords, Mike Bloomberg and many others- 49 in all. Beau Biden was there in footage from the past talking about his love and respect for his Dad. There were also entertainers who sang with back up vocals that were outstanding. On the last night, Julia Louise-Dreyfuss used humor to zing Trump saying with a broad smile that she couldn’t be prouder to be a patriotic Democrat, “or as Donald Trump will call me in a tweet tomorrow ‘a washed up, horse-face, no-talent, has-been with low ratings’ Adding, “it takes one to know one.” That was just the warm up for some other delightful zingers.

Each night had a theme.  The night that Kamala Harris was nominated, for example, the theme was rising up, women’s rights, Black Lives Matters and John Lewis.  Biden’s night was about the way forward, the future for America. If you have not watched the Convention, you really should.  You owe it to yourself to see what the Dems put together instead of the usual noisy, boozy, loud convention.  This new format, although less boisterous, is likely to provide a blueprint for future political conventions.

This Convention is being portrayed by Trump as very dark.  It was not.  It pointed out the truth of what is happening in our country under this administration (which is dark) and pointed to Trump as the reason for these disasters that did not have to be. The Convention was infused with hope, and authenticity, a reaffirmation of science, facts, the value of being ethical, empathetic and self-effacing, as well as faith in the ability of Americans to handle the truth even if it hurts to know it- like the fact that we are failing to contain the pandemic, doing far worse than other countries- and that until we contain it our economy will not revive and our kids will not be able to go to school safely.

Watching this Convention gave me a tremendous sense of hope for the future of our country.  Our country can and will be rebuilt and move forward in a progressive direction if Biden wins and the Senate flips blue. Biden was very clear about his intentions. The Trump tax break for the 1% will be reversed. Masks will be mandated as part of our responsibility as citizens. There will be a huge FDR style infrastructure initiative. Health care will be protected with an affordable care option for everyone who needs it. Student debt relief will help the next generation avoid the crushing debt they experience now when they graduate. Climate change will be addressed with a huge initiative that will create new jobs in renewable enegy. Our allies will trust us again and authoritarians will not get love letters from our president anymore. Laws will be enforced again by a law abiding Attorney General. Corruption will no longer be the name of the game in DC. We will get rid of the filibuster and possibly the Electoral College at long last.  There will finally be reasonable gun control. Biden did not get into the weeds on these policies but they are all spelled out on his website for the wonks who want to study them. That was the right choice for this Convention. What Biden made was a statement of purpose as a plain-speaking man.

Biden has come to envision himself as a transformative president. He may have started out as a centrist, but he is, above all, a pragmatist, who has been listening to Elizabeth Warren and other progressives and understands the need in this dangerous moment of history to address far bigger problems now because of Trump’s inability to manage or lead. That failure is choking off opportunities for Americans to get ahead in their lives. No matter how Trump might try to portray him, Biden will not be influenced by Bernie Sanders to turn into a flamethrowing Antifa. His policies will be moderate and pragmatic because that’s who he is and that is who he will be.

Biden is already assembling teams that will be ready on day one to hit the ground running to rebuild governmental agencies like the State Department and so many others that have been hollowed out and decimated by Trump. We could see people like Mayor Pete heading the VA, Susan Rice as Secretary of State, Elizabeth Warren might run the Fed.  Many other bright, capable people will be invited into a Biden cabinet for the rebuilding effort.

The single most important statement from Biden at the end of his acceptance speech was that even though he is running as a Democrat to be president, if elected he will be the president for all Americans.  Biden stands for Unity. He will work hard to end divisiveness.  Biden could well be the populist president Trump claimed he would be before Trump showed his true colors as a racist authoritarian wannabe trying to create an oligarchy and crush our democracy.

Even though Biden was the focus of the convention, Barack Obama’s speech in Philadelphia, was arguably the most important speech of the convention. You could see that Obama was very worried, maybe even terrified, about the future of this country if Trump wins 4 more years in power.  If Trump does find a way to hold onto power, our democracy will be over. That’s what Obama told us and he is right.  That is why Obama spoke to us with an urgency and a fear that was obvious from the look in his eyes. The future of democracy is at stake.  Nothing less.

I am even more certain now than I was before the Convention that Biden and Harris are the right choice. They are the antidote to Trump. They are just what the doctor ordered for our country. I will do everything I can to be sure they win.  I hope you will too.