Last night was supposed to be a debate. It wasn’t. Trump came to the debate with the goal of attacking Chris Wallace and Joe Biden. And that’s what he did. Trump did it by  interrupting, talking incessantly, intimidating, lying, talking loudly over the moderator and Joe Biden, and ignoring the rules his own campaign had agreed to follow. Trump was an abuser and bully who looked angry, mean, nasty, and out of control. The guy was like a snarling junk yard dog barking over everyone, trying to bite Joe Biden and Chris Wallace in the nuts, and taking a big dump all over the debate process. For Trump supporters his mayhem was just what they wanted. For the rest of the country it was 90 minutes of nauseating, disgusting, unwatchable TV. For some it may have been cause for alarm as well because Trump also seems to be plotting against a peaceful transition of power.

That debate showed us what Trump is like in the Oval Office when he feels criticized or attacked. If you read accounts by people who have been behind the scenes with Trump, you know that what we saw in that so called debate was the Trump that people like Anthony Fauci, James Comey, John Kelly, Jim Mattis, Robert Mueller and so many others have been trying unsuccessfully to work with, cajole, deal with, reason with, and educate. Any attempt to inform and educate this man is a fools errand.  No one could succeed. Trump does not listen, does not care about the truth, and at this point in his presidency he is angry, menacing, and aggrieved. Chris Wallace of Fox News did his best to control the uncontrollable but he really needed to have a taser or a choke chain to get Trump to cut it out.

His taxes have come out and everyone can see he was a phony and a loser. The polls have been consistent. He knows he is going to lose the election if it is fairly decided. He knows that once he is out of office he will face real world consequences including possible prison, that his current job of president protects him from. He’s insulted. He’s mad. He is resentful. Knowing a win is probably hopeless, Trump has given up on broadening his base of support. He was not reaching out to women in the suburbs, to people of color, to independents or blue collar women- some of the groups he needs to add to win this election fairly.  Instead he is doubling down on his current base and rallying his goon squad to help him out by being his fixers by patrolling the polling places which he hopes will frighten a lot of voters away.

More importantly, he signaled what his game plan may be. First, he will try to win by voter suppression and delegitimizing mailed ballots. He essentially encouraged the Proud Boys and white supremacists to go to the polls and “protect” the election as “pollwatchers” which was a call for voter intimidation. And he has repeatedly told us he will try to “get rid of the ballots”. We know what this means. He is attacking the election as rigged. And if he doesn’t win fair and square, he might decide to try to stay in power by cheating.

By now most of us have read Gellman’s article in the Atlantic “The Election that Could Break America”. Gellman predicts that the night of the election if he is ahead, Trump will claim victory and insist that the as yet uncounted mailed ballots be thrown out because, he will say, they are fake. Everyone in the electoral process chain of command is going to have to resist Trump and his enablers when he does this.

He may try to get states with Republican legislatures or secretaries of state to ignore the electors chosen by the voters and instead produce slates of electors loyal to him, throwing the Electoral College into chaos. He hopes the resulting mess might trigger either some decisive Bush v Gore type ruling by the Supreme Court (which is why he wants Barrett on the bench as a protector before the election), or implementation of the obscure rule that would throw the decision for president to the states based on the new composition of the House. If that happened, each state would get one vote. The entire state of California, for example, would have one vote and so would the state of Wyoming. If that vote were taken today Trump would win because there are 26 Republican controlled states while the Democrats currently control 22 state legislatures. Trump would be using a cheat to win strategy to bypass the will of the electorate.

However Trump is not likely to be successful if he tries this playbook. The existing laws in each state say the electoral slate must reflect the will of the voters of that state. In Michigan and Wisconsin the governors are Democrats. They will not change the law to allow a slate of Trump loyalists to be certified. And other governors in key battleground states are also not likely to act outside the laws governing election in their states.

Nonetheless, Nancy Pelosi is concerned that this cheat to win plan could be Trump’s playbook. She has been urging voters to support the House Majority PAC. If the Dems can win majorities in a few more states in the next election, Trump will not be able to use his cheat to win strategy at all.  If you are worried about what can only be described as a coup to stay in power, give at any level you can to House Majority PAC.

Trump’s debate performance did not win him any new voters. The immediate reaction in post debate focus groups and early polling was that Trump showed himself to be even more of a train wreck than people thought he was before and they liked him even less. Currently Biden is polling well in Pennsylvania, Michigan, and Wisconsin. Remarkably, even Iowa and Ohio are now moving into the “toss up” category. In South Carolina Jaime Harrison (D) is neck and neck with Lindsey Graham (R).

If Biden can declare victory on Election Night or close to it, Trump will not be able to set our country on fire as he might want to do. Even Fox News has vowed that they will hold off on declaring the winner until all the votes are counted. Once the votes are counted, if Trump has not gotten close to the number of electoral college votes he needs, it will be game over for him.

In the debate Biden said that there would be a transfer of power whether or not Trump wants that. According to the Constitution, on January 20th at noon THIS CURRENT PRESIDENCY ENDS. It’s OVER. Trump will not be the president and Pence will not be the vice president one minute after high noon on January 20th. The question of who will be president and vice president for the next four years should be determined by the vote in the Electoral College. 270 is the magic number. If Trump has won enough votes he will be reelected. If Biden has more than 270 then he will be the winner. Trump does not need to concede or agree to anything for a transition to occur. If Trump calls out his goon squad they will be arrested if what they are doing is illegal, or talked out of insurrection by local police. Governors have the power to call out the National Guard to stop an insurrection if need be.

What we can do as Americans to save ourselves from Trump’s chaos is to work hard to get out the vote and, if possible, vote in person ourselves so we can be sure our vote will count.

Some people who know Trump well are saying that this is his way of creating a coping mechanism for himself when he loses, which he can see coming. He will complain furiously about the unfairness of it all and say it was rigged but he will leave when it comes to that.

All in all that debate was a sad night for our country. Trump, the abuser, did his best to attack Biden to keep him from talking and making his case. Trump insulted Biden and dissed Hunter Biden, mocked Joe for wearing a mask and being careful about his interactions with voters. Trump was forceful and talked over everyone even after being asked by Wallace to chill out. Trump did this because he wanted to throw Biden off to prove he was old and decrepit. And Biden did look frustrated and at times weary as he tried to interject over Trump’s explosive verbal diarrhea. But Biden stood his ground for 90  minutes. Biden did best when he spoke directly to the camera and to the people of the United States. He told Americans what he would do to help them. He was impassioned about his son, Beau, and people who serve in the military. He tried not to be too quarrelsome in response to Trump’s verbal rapid fire barrage.  Biden was not hurt in that debate. Trump did hurt himself no matter what they say on Fox News.

But the real loser of last night’s debate was US, the people of this country. Last night we saw a preview of what we will get if Trump wins again. This man is out of control now. Given four more years he will be the dictator he aspires to be and our democracy will be over.

The women of our country will be the deciding factor, according to Cook Political. Suburban women are appalled by Trump. And blue collar women in America see Trump for who he is- a bully and a narcissist. Women care about three things that they are worried that they are about to lose with Trump- their health care and their right to make decisions about their own bodies when it comes to reproductive choice, and they are worried about their children going to school during a pandemic that is not being managed . Women will be a big factor in deciding this election. I have faith in them to vote for unity, sanity and a better future with Joe Biden. 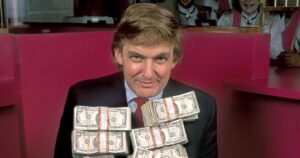 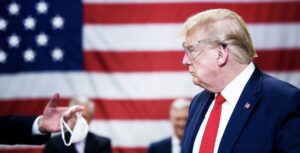