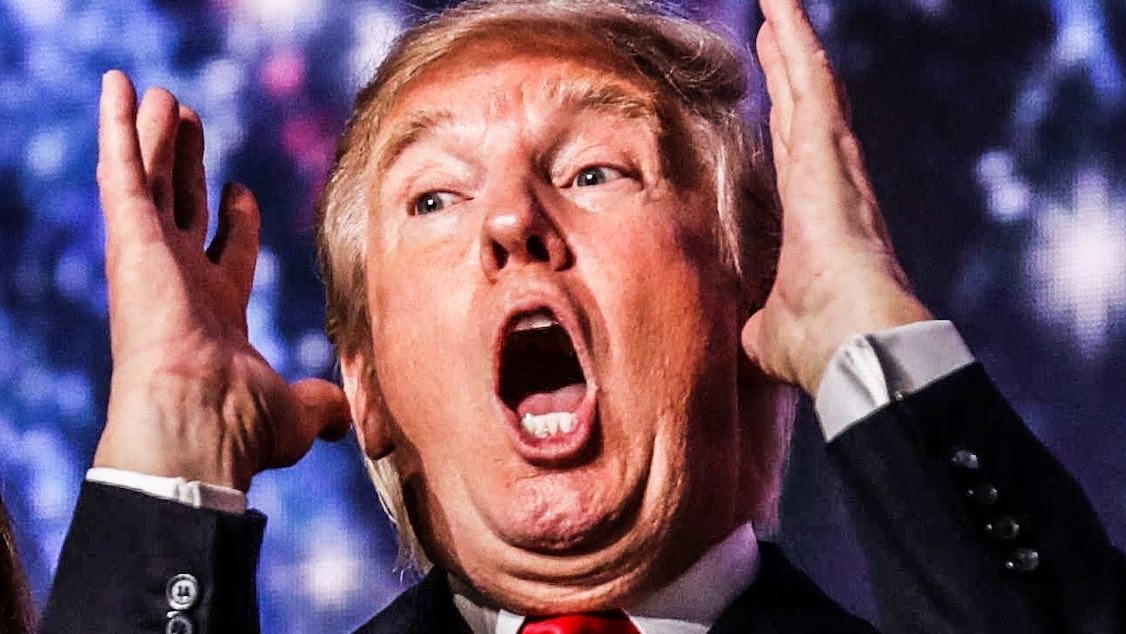 Today is November 1st. Trump has held 57 super-spreader rallies so far in his sprint to the finish line of this campaign. More are planned. Stanford University researchers have determined that Trump’s rallies likely already caused 30,000 new coronavirus cases and 700 deaths so far. Since it takes weeks to get the full impact and death count from a super-spreader event, there will be more cases and deaths coming as Trump continues his deadly rallies. 58% of voters say these rallies cause them to think less favorably of Trump. A remarkable 22% think more favorably of Trump. Really? !

Trump’s claims in rallies, in Facebook ads and other media ads are untethered to the truth. Trump says Biden would “abolish the suburbs”, “abolish windows”, and “hurt God”. (What in the world is this man talking about???!) He claims Californians are forced to wear a mask that cannot be removed. (That’s just crazy talk!) He says Biden would defund the police. (No, Biden is planning to give the police MORE money so they can add to the response teams and bring in trained social workers and mental health professionals.) Trump falsely claims Biden will shut down the country. (Biden will not. He has said he will shut down the virus, not the country.) Trump’s rallies and his ad buys on Facebook and on TV are filled with lies, misinformation and disinformation. Much of what Trump focuses on are culture war issues and mean girl name calling put downs of his rivals.

Trump’s closing argument to Americans that he says over and over in his super-spreader rallies is that we are turning the corner on the pandemic. His White House “science office” said that one of Trump’s major achievements was “ending the Covid-19 pandemic.” Nothing could be farther from the truth. Our country is reeling from this pandemic with new record case totals as the virus spikes and Americans die at the rate of one every 107 seconds of the day. Trump Jr. claims on Fox to Laura Ingraham that “the number is almost nothing.” 1,000 dead Americans every day is almost nothing?

This is not success. This is utter failure. New tapes from Bob Woodward have been released in which you hear Jared Kushner happily telling Woodward in April about how Trump was “getting the country back from the doctors” when it came to being in charge of the pandemic. Trump had taken charge. Yes he did. This mess is on him.

Trump’s failure to follow the guidance of his own pandemic task force has led to 230K total deaths so far and 1,000 deaths a day, 9,414,641 cases in this country, record new case per day count of 90,728 which is growing and anticipated to be as high as 100,000 new cases a day within days. We have double digit unemployment, over 700,000 jobs lost, 1 out of every 5 businesses closed, a falling stock market with the Dow losing 900 points because of the coronavirus upsurge, and no stimulus deal for Americans who are hurting. Americans need to understand that until the pandemic is under control our economy will not be healthy again. All of this is on Trump.

If you vote for Trump at this point you are voting for a man who has lost whatever connection he once had to reality. Getting coronavirus has led to accelerated mental decline of about 10 years in many people who survive the illness.

A study of more than 84,000 people in the UK found that the virus left even those deemed recovered with “chronic cognitive consequences” that it compared to dropping 8.5 IQ points.

“People who had recovered, including those no longer reporting symptoms, exhibited significant cognitive deficits,” the study published on MedRxiv said.

You have to wonder if Trump has lost even more of the mental capacity he had before he got the virus. Whatever mental capacity he may have lost, Trump has definitely brought more loss to this country: more death, destruction and despair to our country than any other president in the history of our nation. This is a man who has lost more than his right mind. He lives in and promotes an alternate, fake universe. To believe in Trump’s alternate universe means you too have lost touch with reality, the facts and truth.

Trump is not able to rise to the job of protecting us from the pandemic. Trump has lost his grip on reality if he ever had it.

Many women see through Trump and no longer support him.  Women are 52% of the electorate. 58% to 35% margin women support Biden over Trump. Biden is up 23 pts with female voters. Decency, empathy, rejection of toxic masculinity and a rejection of the white supremacist ideology Trump stands for is why these voters want change.

Trump is losing donor support. Trump’s reelection committee does not have enough money to keep his ads up in Ohio and Minnesota. Trump may have to do rallies at this point because they are the least expensive way to get media to pay attention to him. Many donors have lost their willingness to support him.

Prominent former Republicans have organized powerful ad campaigns to defeat him: The Lincoln Project, Republican voters Against Trump, and others.

Over 70 high ranking Republican national security officials have come out against him.

Scientific Magazines, medical journals and daily and weekly news sources, some that have never endorsed a presidential candidate and others that normally endorsed Republicans before, are endorsing Biden (over 113) over Trump (only 4): Scientific American, The New England Journal of Medicine Chicago Tribune, USA Today all endorsed Biden.  Trump has lost the support of a majority of Americans who are concerned about the pandemic as the epidemic case count numbers rise exponentially and hospitalizations along with them. Deaths will follow. 80% of Americans say this country is headed in the wrong direction. High early turnout points to a change election triggered in large part by Trump’s failure to manage the pandemic and his continuing claims that it will just go away and we are rounding the corner. Nothing could be further from the truth. Five members of Pence’s inner circle contracted the disease.  Pence was supposed to be in charge of containing the pandemic. If he cannot even keep his own staff safe how can he keep Americans safe?

There is no October surprise comparable to Comey’s reopened investigation of Clinton’s emails because Bill Barr has nothing to work with and he might be anticipating that Trump will lose. As Barr said himself, “history is written by the winners.” Barr knows he does not dare come up with a bogus October surprise even though Trump wants him to and is berating him to do that. There is nothing in Biden’s past that is corrupt. We know that because Obama could have chosen anyone to be his running mate. He knew that whoever he chose would be the subject of intense scrutiny. He chose Joe Biden after thoroughly and completely vetting him. Biden is an ethical man unlike Trump. Biden has been in politics for 40 years. If there was something the Republicans could have exposed about him by now they would have. There is no October surprise because there is nothing to expose. All Trump has is bogus garbage from Rudy Guiliani that he got from Russians spreading disinformation.

What Our Country Could Gain if Trump Loses

James Carville, a Democratic strategist, senses what could be coming if Biden can win this election. His piece appeared in the Bulwark, one of the many groups of former Republicans who have organized against Trump (led by Charlie Sykes).

We find ourselves again at such a turning point. Donald Trump’s authoritarian presence behind the Resolute Desk is amongst the gravest threats America has ever faced from within. And Americans have risen to meet this threat.

This resistance has created its own seismic shift. Look at the rallying cries for racial justice coming from Americans of all colors, who have joined in arms to speak out. Look at the willingness of voters to wait for hours in lines in Georgiato exercise their democratic right to the franchise. Look at the coalition that has been formed, from Republicans to Democrats to activists, who are determined to stand up to this threat.

We are constantly told that America is too divided, too hopelessly stricken by tribalism to come together anymore. Well, I’m here to proclaim that this received “wisdom” is just plain wrong. If you were to run a cable wire through the heart of America right now, you would see an image of an exceedingly diverse coalition of people who challenge that assumption at its core. You’d see suburban woman from a once-Republican stronghold in Maricopa County, Arizona, standing alongside a retired grandfather in Florida, a college student in Brooklyn, a Latina mom in Raleigh, a Black computer programmer in Houston, and yes, standing alongside even a former Trump voter in Wisconsin who has now changed his mind. This coalition is exactly why an incumbent president is on the precipice of a catastrophic defeat.

Because this is more than a campaign. This is a crusade for America.

Long after Trump has gone, this unity forged in his opposition should be remembered.

What this moment has done for all of us—for all those who have sat on the sidelines of history or never were presented with something that held as much gravitas—is that it has given us, for one fleeting moment—the moment we’re living right now—a sense of common purpose. Common purpose of which we will be able to recall forever: that when our country and our Republic were on the brink of collapse, when our fellow Americans needed us, we took a blow torch to our past differences, our former conflicts and our old rivalries, and we fought together.

I am hopeful that voters will rise up and cause Trump to lose this election. But this will happen only if we can get every single voter to vote and get as many of their votes to count despite Republican efforts to suppress the vote and throw out good ballots.

Trump should lose because of who he is. The GOP should lose the Senate because of who they are. They are out of step with the REAL silent majority- the real Americans- who are standing for hours in long lines wearing masks and intent on voting this administration out of power.

I believe if Biden can win against the odds of big money ultra conservative donors who want Trump to win and are spreading disinformation to get that outcome, our country will have an inspirational reinvention. Biden will be a transformational president because our country in this perilous time needs him to be that. He is ready and will bring in a wonderful team to help him set our country on the right course. He will be ready on day one to help us overcome the pandemic and get back our lives. If you want your life back, vote for Biden/Harris.

And if you have even just an hour of time, please step up in these last few days to help our country move in the right direction. Everything depends on getting out the vote now and getting every vote counted. Volunteer to help Joe Biden and Kamala Harris win.  https://joebiden.com/call/