Skip to content
2020 Election
The founding fathers thought of a lot of things that might happen in the future but they did not think in their wildest dreams that a totally self-centered man who cares not at all about the American people, a conman real estate developer with a cult following and an alliance with one of our arch enemies (Russia), would win the presidency and try to stay in power by cheating. They provided an insufficient roadmap to help Americans with the problem we could face. I will not get too far into the weeds on how this could go down, but believe me when I say that if we do not get a big blue wave we will be in for a lot more sleepless nights.
You may have heard of the nightmare scenario that could happen if Biden and Trump are neck and neck after Election Night. Barton Gellman wrote about it in the Atlantic.

“We are accustomed to choosing electors by popular vote, but nothing in the Constitution says it has to be that way. Article II provides that each state shall appoint electors ‘in such Manner as the Legislature thereof may direct.’ Since the late 19th century, every state has ceded the decision to its voters. Even so, the Supreme Court affirmed in Bush v. Gore that a state ‘can take back the power to appoint electors.’ How and when a state might do so has not been tested for well over a century.”

“Trump may test this. According to sources in the Republican Party at the state and national levels, the Trump campaign is discussing contingency plans to bypass election results and appoint loyal electors in battleground states where Republicans hold the legislative majority. With a justification based on claims of rampant fraud, Trump would ask state legislators to set aside the popular vote and exercise their power to choose a slate of electors directly. The longer Trump succeeds in keeping the vote count in doubt, the more pressure legislators will feel to act before the safe-harbor deadline expires.”

Trump’s last hope to stay in power is that the race will be close so that he can try to pull off the cheat to win “Red Mirage” stunt. I wrote about this in the Markin Report: https://markinreport.com/2020/09/13/beware-trumps-red-mirage-is-coming/
Trump’s scheme calls for Republican state legislatures to submit a slate of electors to the Electoral College that they will claim is the rightful slate that will vote for Trump even if Biden has won the popular vote in their state. Some Republican state legislatures are already said to be preparing for this possibility. Trump’s plan would be to claim he won a state like Pennsylvania on Election Night. This could happen if the national election results do not put Biden clearly over 270, the result is razor thin and Pennsylvania could get Trump over 270. Trump would contest any mail-in ballots coming in after Election Day. This would be his way to stop the vote count and claim a bogus victory.
This possibility is already a blinking red alert because of recent decisions and statements made by the right wing Supreme Court justices signaling that they might be willing to rule in Trump’s favor if they had a chance to do so. Justice Kavanaugh has just let it be known in his most recent opinion that he would be open to a Bush v Gore type outcome. Gorsuch,  Alito and Thomas look like they might join Kavanaugh to help Trump pull out a win by invalidating mailed ballots received after Election Day. Trump wanted Amy Coney Barrett seated before Election Day for just this possibility.
Of course if Biden won in reality but Trump was able to cling to the presidency by cheating, this would result in massive marches in the streets with Trump supporters pitted against Biden supporters. The best way to head off this chaos is this:
Biden needs to have a convincing win, ideally on Election Night, to stave off the Red Mirage nightmare scenario that Trump and the GOP have gamed out.
Currently, we see long lines at the polls, but these people are mainly the already committed  die hard Dems who are standing in long lines to vote. It is anticipated that on Election Day the die hard Trump voters will turn out in full force. The key for the Dems winning this election with a large margin depends on making sure people who have gotten ballots and want to vote for Biden and Harris  fill them out correctly and turn them in or bring them with them to the polls to vote in person right away. This is called BALLOT CHASING. We need to do it starting NOW!
If you are not already calling voters to ballot chase, this is the time to get active. NOW! TODAY! Everything will depend on which side gets more ballots cast and “in the bank”. If Biden can achieve a wave election, then Trump will be forced to give up. The future of our country literally depends on how big and unchallengeable the blue wave is.
The Biden campaign has created a powerful weapon to activate voters and chase ballots. It’s called the Dem Dialer. Here is the link so you can sign up and become part of the team doing this crucial work.  https://joebiden.com/call/
This system is amazing! It is like a fire hose of thousands of volunteer callers that can be trained on specific locations where there is a need to get out the vote and to “ballot chase”.  You will be making calls to known Democrats who have not gotten to the polls yet or have gotten their ballots but have not yet turned them in. Please please take whatever amount of time you can to make these calls every day until Election Day because this is the most important thing you could do right now to save yourself days of worry and lots of sleepless nights after the election. Everything else pales by comparison.
I will be making these calls from now until the election is over. I hope you will join me.
Please share this post widely with your friends.  Calling voters to encourage them to turn in their ballots or get to the polls as soon as possible to vote could make all the difference. It is too late to rely on the mail at this point.
If you are worried as I am about what is going to happen if the election is close, then sign up to make these calls using the Dem Dialer.  This will help you feel better. No regrets. Everyone off the bench. It’s up to us to kick Trump out. We can do it.  No one else has the power to do it the way we do!
https://joebiden.com/call/
or go to:
joebiden.com  and volunteer 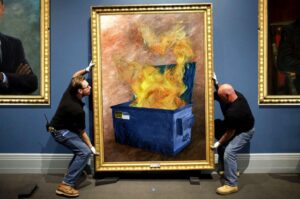 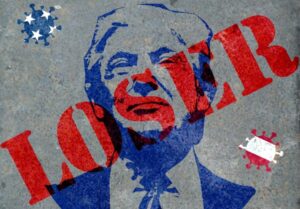