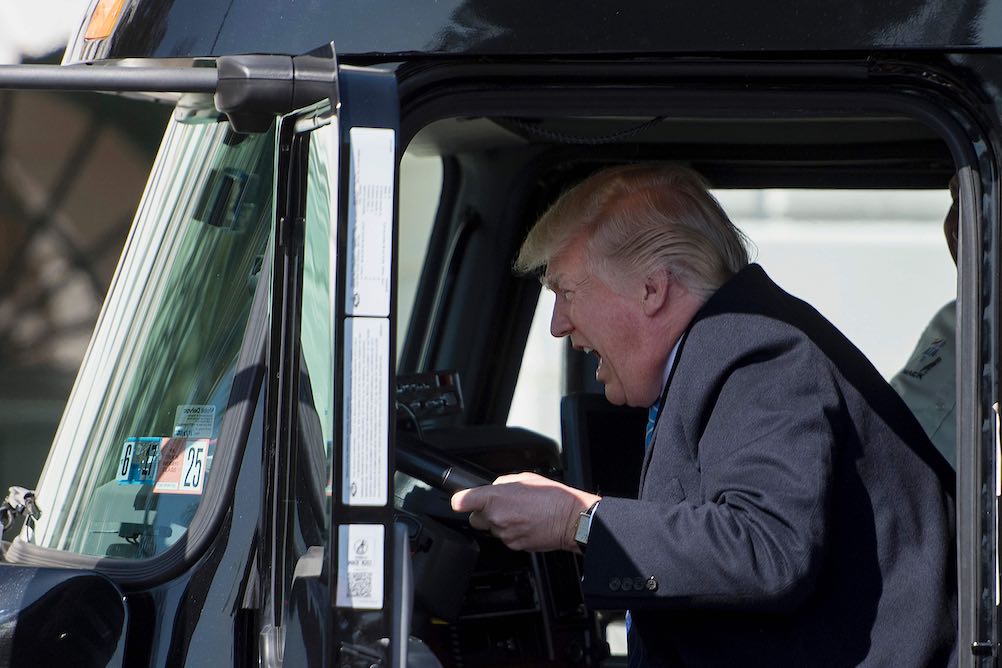 Your football team is winning during the first half of the game but the opposing team plays great in the second half and ultimately wins the game. That team you hate has won even if you really really wish your team had won and you own guns. Listen up Trump lovers, we all know how the game is played. You win some and you lose some. But Donald Trump and his team of cheaters aren’t playing by the rules. They are trying to overturn the free and fair election we just had. That’s called a coup. They will not succeed. But in the process they are seriously messing with our democracy and are trying to delegitimize the incoming administration.

What Was This Lawsuit All About?

Paxton is the Attorney General of Texas. He brought a lawsuit to overturn the popular vote results in four states that Biden won to get him over the top in the Electoral College: Pennsylvania, Wisconsin, Michigan and Georgia. In this suit Paxton falsely claimed “the 2020 election suffered from significant and unconstitutional irregularities.”  That is a lie. We had a free and fair election that Trump lost in both the Electoral College and popular vote by about 7 million votes that were cast according to the laws of each state. Trump fired Chris Krebs, head of cybersecurity for the election, who had the audacity to tell Americans the truth- this was the safest, most secure election in recent history. AG Barr agreed. Full stop.

The Paxton/Texas suit asked the Supreme Court to let Republican state legislatures simply ignore the ballots of millions of voters in those 4 handpicked states that got Biden over the top. This lawsuit demanded that the state legislatures should pick the Electoral College electors instead. That way, if the legislatures are led by corruptible Republicans, Trump could have had a shot at getting himself a bogus slate of electors to show up at the Electoral College in Congress to vote for him instead of Joe Biden.

Every state devises their own election laws. For example, each state has the  right to restrict who can use mail-in ballots or expand access as they choose. Texas does not have the right to tell Michigan, Wisconsin, PA or Georgia how to run their elections. But this lawsuit was an attempt to do just that. Texas was objecting to the way these other states did their elections and was demanding that millions of ballots for Biden be ignored.

The claims in this suit were a rehash of the failed allegations Rudy Guiliani and his team brought in about 55 lawsuits in a variety of courts and before a variety of judges that ALL FAILED even with Trump appointed judges. (One of the suits allowed Trump poll watchers to move about 2 feet closer to ballot counters. Big deal.) These rehashed allegations were BS from the beginning and did not even allege fraud because there was no fraud in this election. The attempts to claim something was hinky about mail in ballots and “dumps” of ballots and all the rest were baseless claims without evidence which is why courts rejected every suit brought by Guiliani and his team of crazed, conspiracy mongerers like Sidney Powell and Joe DiGenova who went to law school but apparently didn’t learn anything.

The reason this Texas suit went directly to the Supreme Court to be heard was because it pits one state against other states and the Supremes can opt to hear the case for that reason. The suit is and was always without merit and doomed to fail.  In this case the Court determined that the Texas AG did not even have standing to bring the suit in the first place but two key justices- Alito and Thomas also noted that if the matter had been heard, they were not going to support the requests of the litigants. It would have failed. As with the Pennsylvania lawsuit the Court batted this trash away without bothering to hear it.

The Court would never have sided with Trump. To do so would have ended our democracy. This court might favor big business and corporations but Federalist Society originalists like these jurists would never buy into a Trumpian coup, which is what this lawsuit is requesting the Court to sign off on. Any self-respecting lawyer knew this lawsuit was going to fail.

But the Paxton’s suit was joined by 126 House Republicans and 17 Republican Attorneys General from red states- many of these people were lawyers who should have known that what they were signing onto was an attempted coup. They joined an amicus brief in support of a direct attack on our democracy. These lawyers should all be disbarred.

Trump joined this lawsuit as well and was said to have been very hopeful about getting the Supreme Court to rule in his favor. He actually thought that appointing three justices to the Court would be his ticket to ride to a totally undeserved victory snatching himself from the jaws of defeat by cheating to stay in power. No one is left in Trump’s orbit who can tell him the truth anymore because Trump gets rid of anyone who tells him the truth. (Note- Trump has not tweeted at all about the pandemic raging in our country killing around 3000 Americans a day. He is totally obsessed with staying in power and dissing anyone who does not support him.)

Ted Paxton is facing federal securities fraud charges which might help you understand his motivation for currying Trump’s favor. He could really benefit from a pardon from Trump because these are federal charges and Trump can get him a get out of jail free card. As long as Trump is going to be giving pardons out like candy, this lawsuit to please Trump was Paxton’s sweet little solution for himself. He should be disbarred.

What Is the Motive of Other Republicans Who Signed On?

The sad part is that so many congressional Republicans and Republican AGs played along with this attempted coup. They know better but they are playing to Trump and the base out of fear of being primaried or tweeted at by a lame duck president trying to sustain his power over the GOP or what’s left of it. They were also trying to make sure the Republican base stays riled up and sends more money to Trump which makes Trump happy.

In other words, Republicans care more about humoring Trump and his rabid base than they do about preserving our country, maintaining our democracy, or educating the base about what is true, real, science based and factual.

How Does Our Country Move Beyond Trump?

A big part of the problem we face in this country is that people are still listening to Trump, still trying to please him, still worried about his every tweet. And Trump is still fixated on staying in power. He still wants to cheat to win if he can. Even if he knows on some level it won’t happen, he wants to keep trying because that’s how he stays powerful and relevant and he makes millions of dollars off of his tribal fight group followers.

Brace yourself. We can expect another grandstanding attempt at a coup when Congress assembles the Electoral College and people like Jim Jordan, Ron Johnson, Ted Cruz, Rand Paul and others who are trying to suck up to Trump and don’t care if they demolish our democracy get a chance to scream and yell about how unfair the election was yada yada yada. And I fully expect Trump to counter program Biden’s inauguration with his own rally on January 20th. Trump will probably double dog dare Republicans to come to HIS event not the Biden inauguration if they want to be reelected. Again. Political theater. But incredibly destructive to our democracy.

The way we start to get out of this political dogfight we are in with each other is to stop paying attention to Trump. It’s hard to ignore a president. Once he is out of office on January 20th, it should get easier. As long as Trump has control over a rabid base that loves him, and he is obsessed with being relevant, he will make endless noise. Republicans need to have the courage to stop fearing their own base and start working with Democrats for the good of everyone including their own misguided, lied to base. Trump is not going to give up his fight for relevance so it is up to everyone else to write him off by doing what the Supreme Court just did- bat him away.

For now I think we all will have to buckle up and expect a very very rocky end to the worst presidency we have ever had to put up with in America. Trump will try to drive this bus over a cliff if he can’t get what he wants. We need to jump off the bus and let him go off the cliff alone.